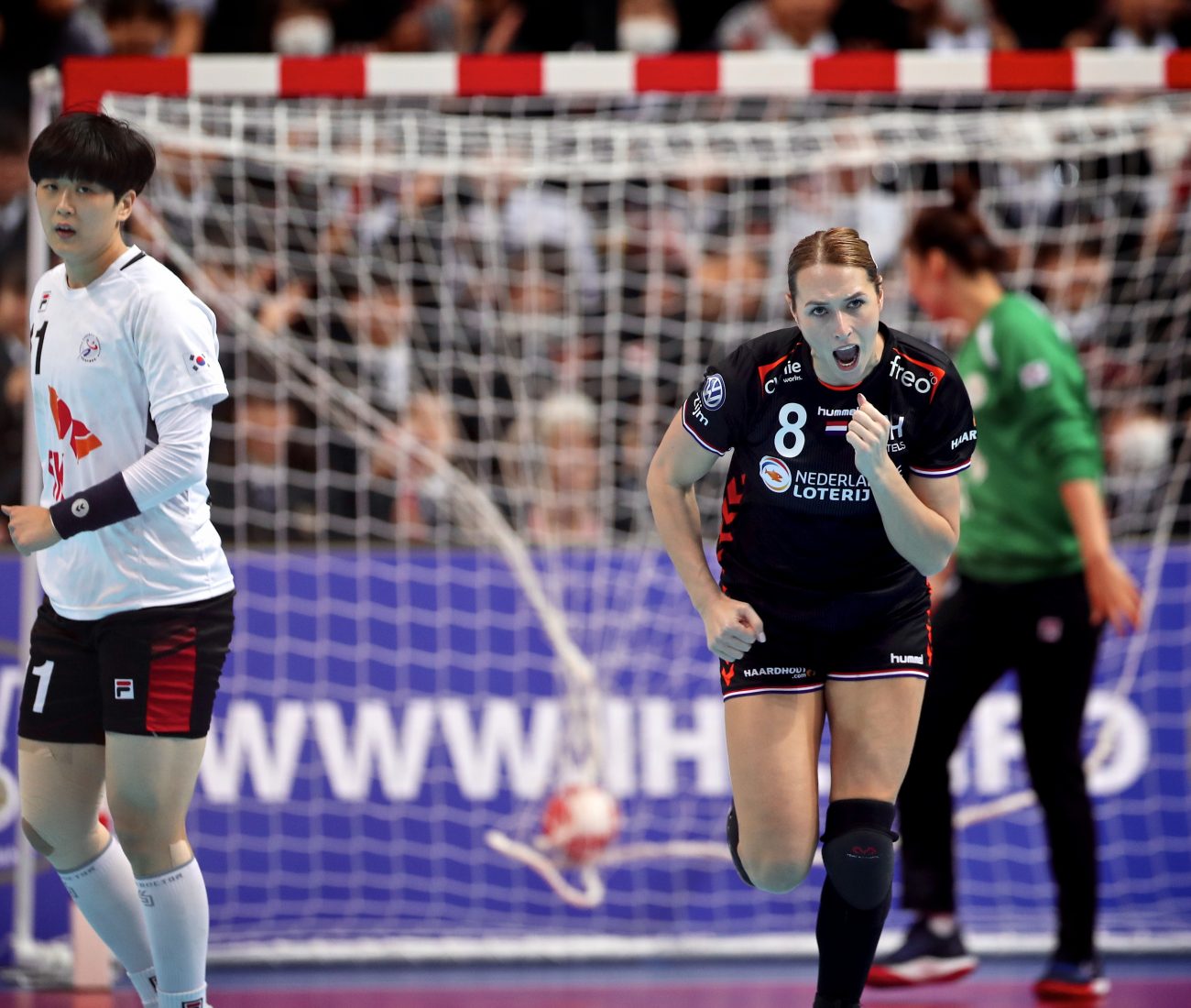 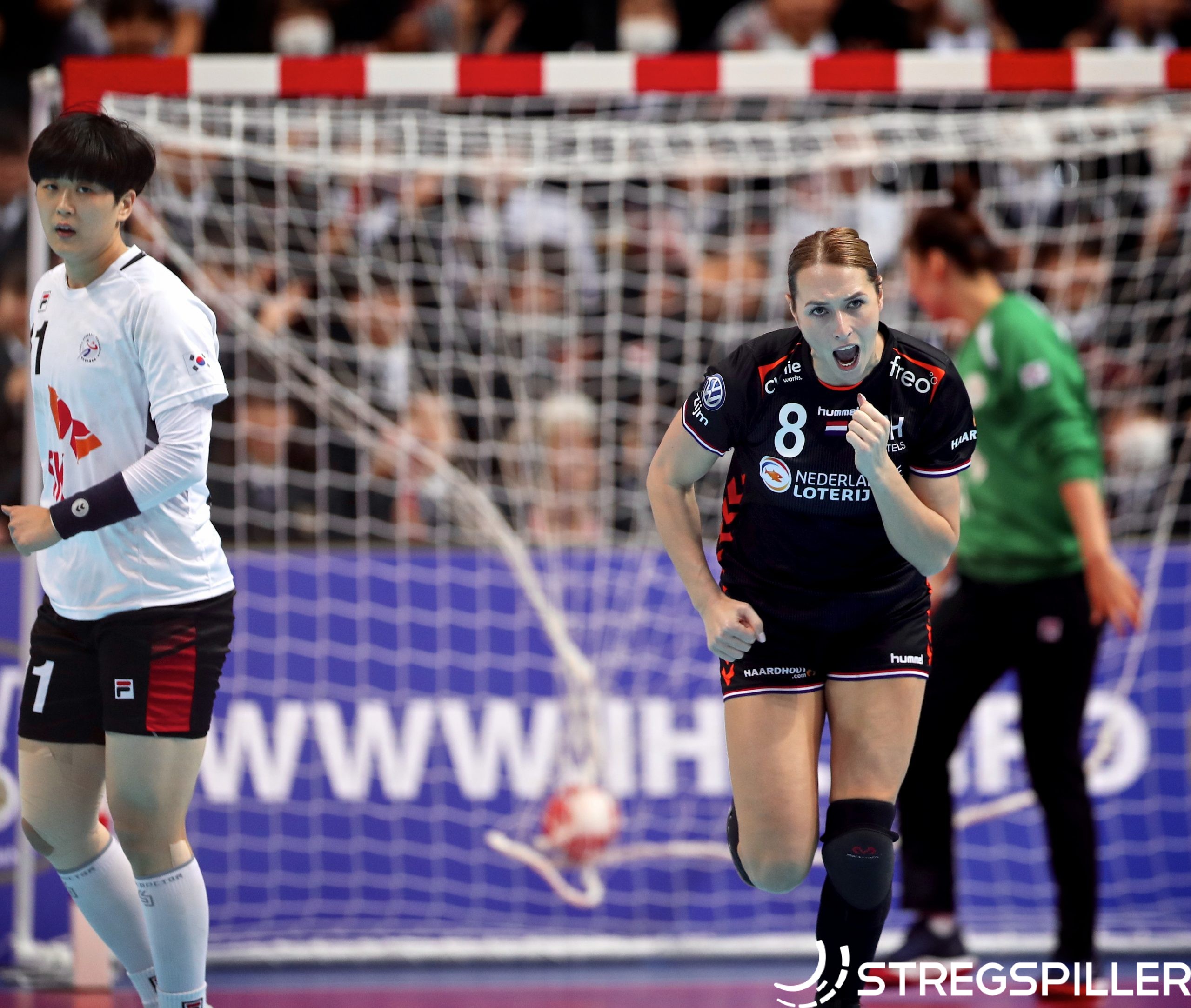 TALE OF THE DAY: It’s decision day at Japan 2019 – Three semi-final places up for grabs and six teams still in the hunt to join Russia in the medal round. We’ll take you through the day’s action and keep you up to date with how the race for the semi-finals unfolds in both groups.

Pre-game 1 (14:50 local time) – We’re minutes away from the 15:00 matches with the Netherlands vs Korea here in Aqua Dome and Russia vs Spain in Park Dome.

Here’s how it stands in Group I before the matches begin:
– Norway top the pile with 6 points and a draw against Germany will see them through. If they lose and Netherlands do not win.
– Germany sit on 5 points. win against Norway puts them top, but a draw will not be enough if Serbia win. Germany can lose and go through if Netherlands draw and Denmark win.
– The Netherlands are stuck on four points. They must beat Korea and hope there is a winner between Norway and Germany – if that’s a draw, then they can also go through should Serbia win and there’s a three-way tie on six points (SRB, NED, GER) thanks to their big win over Serbia.
– Serbia are also on four. They must beat Denmark and hope both Germany and Netherlands fail to win.
– Denmark are up to three points but can no longer finish in the top two. Still plenty to play for, however, as they aim to finish in the top four and compete for Olympic qualification tournament places.
– Korea are out of the running on two points.

And here is how Group II looks:
– Russia are through to the semi-final and will top the group if they avoid defeat to Spain
– If Spain can avoid defeat to Russia, they are through, a win puts them top
– Sweden can still finish second if Spain lose to Russia and they beat Montenegro as well as overturning a six-goal deficit on goal difference (Spain +18, Sweden +12 currently)
– Montenegro can reach the 5/6 placement match with a win over Sweden, otherwise, they’re in the 7/8 placement match
– Japan and Romania face-off to avoid bottom spot in the group

That’s the kind of handball we like to see from the Dutch. Full throttle, adventurous and confident for the entire 60 minutes as they tore through a Korea side who bow out of the championship giving as good as they got, but ultimately short on legs as the gruelling schedule got the better of them.

Over in Park Dome, it was never in doutbt for Russia, who opened up an early lead against Spain and never looked back, with Anna Vyakhireva and Yaroslava Frolova playing some exceptional handball in the first half. Spain fought gamely and battled to keep the deficit below six goals, giving them an edge over Sweden, but eventually Russia ran out 10-goal winners.

These results mean that Russia have secured top spot in Group II and any victory for Sweden over Montenegro at 20:30 tonight will see them through in second place. If Montenegro win, they will take third place in the group and Sweden drop to fourth.

In Group I, the Dutch have done their part and now must wait for the other results, as explained above, to see if they will take second place in the group.

Serbia can no longer reach the semi-finals, but must still fight for a spot in the placement matches and Olympic qualification tournament spots and a win for them can impact the Netherlands and Germany’s semi-final hopes, but we’ll cross that bridge when we come to it.

With Olympic dreams hanging in the balance, Serbia and Denmark gave us an enthralling and nerve-wracking 60 minutes. Serbia took control of the game from the off, opening an early lead thanks to a string of saves from Katarina Tomasevic and leading by as much as six towards the end of the half.

Denmark somehow found a way to claw their way back into contention and a 3:0 put them in the lead. The Danes kept their noses in front throughout a tense final 10 minutes, but they couldn’t shake of Sladjana Pop-Lazic and Kristina Liščević, who scored the equaliser in the final minute. Anne Mette Hansen crashed the final shot off the crossbar, that narrow piece of metal sending Denmark’s Olympic dreams up in flames.

Japan ended their home campaign on a very bright note, dispatching a Cristina Neagu-less Romania with ease, winning 37:20 and securing fifth place in the group and their best ranking at the championship in 44 years, when they finished 10th out of 12 teams.

The latest results only have an impact on Group I:
Serbia are now guaranteed a 7/8 placement match, but will be in the 5/6 placement match if Germany lose to Norway.
If Germany or Norway win, that side goes through top of the group, with the Netherlands in second.
If Germany and Norway draw, both go through and the Dutch fall to third place.

Script-writers could hardly have done a better job if they tried. With Norway leading Germany by a single goal and Sweden level with Montenegro at half-time, the semi-final hopes of five teams still hung in the balance.

Spain and Netherlands could do nothing but hope now and eventually, their hopes would be fulfilled.

Germany started the brighter of the sides at Aqua Dome and took the first real lead of the game as Emily Bölk put them 6:4 up. It didn’t last long, however, as Norway kicked into gear and their wing players helped spark a 5:0 run. But Germany did not falter and remained just a goal down at the break.

The second half looked much the same as Norway raced ahead, only to be pegged back within touching distance. Nevertheless, the three-time champions’ class shone through as Oftedal and Arntzen delivered in the back court and Brattset was perfect on the line, leading to a 32:29 win, sending Norway top of the group, the Netherlands second and Germany down to fourth.

Meanwhile, a much scrappier affair was developing in Park Dome as Sweden let a three-goal lead slip as Montenegro stormed to a 9:2 run in the middle of the match.

Spain will be buying Marta Batinovic a drink or three at the end of this championship as the Montenegrin keeper stuffed three Swedish penalties, a feat which proved the difference in the end.

Montenegro took the 26:23 win, not only ending Sweden’s semi-final hopes but leapfrogging them into third place in the group.

At the end of the day, Friday’s Japan 2019 semi-final line-up reads Russia vs Netherlands and Norway vs Spain.