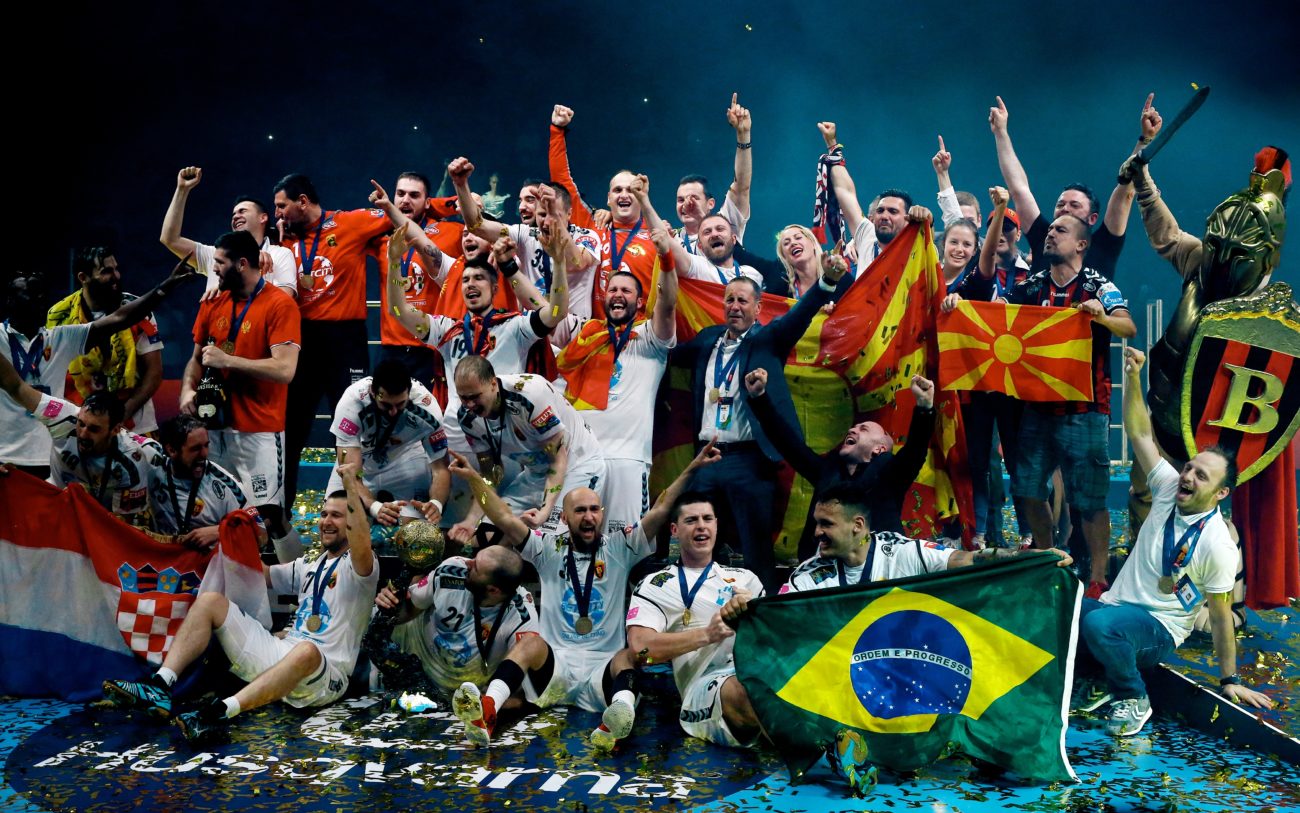 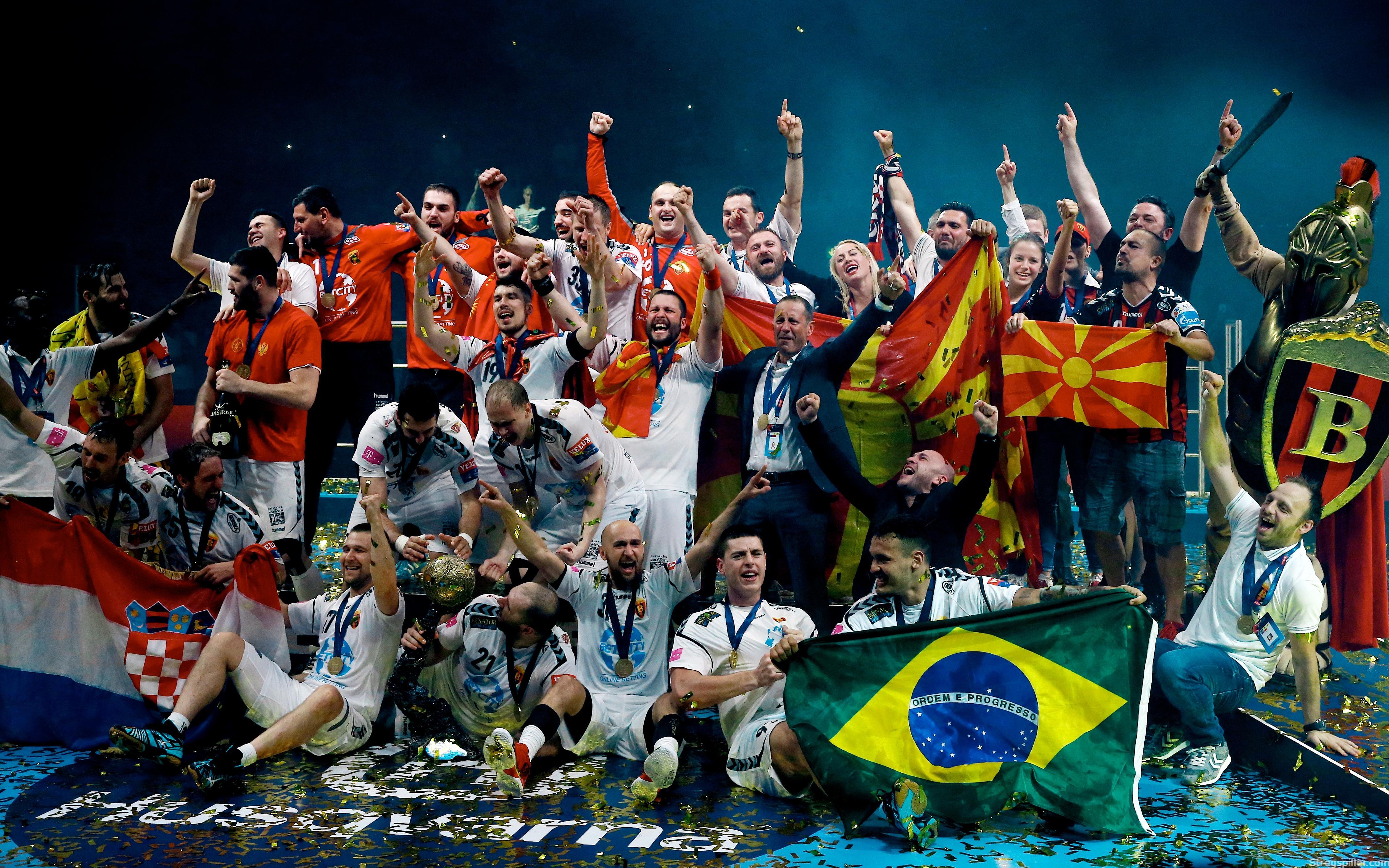 Some may have seen it as some sort of a fairytale, when Vardar captured last season’s Champions League title, beating both – Barcelona and Paris – in the dying moments of the game courtesy of Luka Cindric and Ivan Cupic , respectively. Yet, despite all of last year’s glory, it will be the final curtain in Cologne for a club that was just about to find its place among the superpowers of European handball.

But Russian club owner, Sergey Samsonenko, decided to cut the budget – drastically! The move caused many of the key players to leave and sign elsewhere. Luka Cindric will join Kielce, legendary goalkeeper Arpad Sterbik is heading to Veszprem and the next stop for Joan Canellas will be Szeged. Other veteran players are about to do the same and leave Macedonia in the summer.

As rumors about Samsonenko’s financial commitments surfaced last year already, it did not have a negative impact on Vardar’s performance in the current season. After winning the 2016/17 Champions League as the underdog – although team captain, Stole Stoilov would take issue with it – the side of Spanish coal Raul Gonzalez (he will coach Paris next season) has improved significantly. Strangely enough, as they lost Alex Dujshebaev, arguably the world’s best right-back at the moment, at least on the offensive end.

His replacement, Dainis Kristopans, showed that he’s not just about height, but that he can play handball as well. As a matter of fact, he fits into the team’s system extremely well – Vardar’s fans almost forgot about Dujshebaev as they witnessed their team winning the group, while avoiding additional travel and stress before the quarterfinals against Kiel. There, THW got close to the upset, but in the end small details and a key turnover in the first leg made the difference in favor of the Macedonians.

There’s no question that Vardar deserves to be in Cologne. The team lost to Barcelona and to Nantes during the group stage, both times by one goal only and both times away from home. The one-goal loss against Kiel, at home in the quarterfinals, did not do much damage after all.

The take-away of the three losses? For one, Vardar won’t go away quickly and secondly, the team doesn’t fall apart when the going gets tough. All in all, difficult hurdles to overcome for any opponent, as the Macedonians know how to win close games, as shown last year, when they prevailed in critical situations.

The FINAL4 semi-final against Montpellier will be a very interesting one. Sure, the French are making their first appearance at the prestigious tournament, but currently they are leading in the domestic league ahead of mighty PSG.  Montpellier play a fast-paced game, whereas Vardar prefers a slower going. For the Macedonians it will be very important to slow it down while making sure the French won’t get on a roll. As long as the game will remain sluggish and close, Vardar will benefit.

As it will be the final curtain for the defending champion – although the club will continue to be a part of the Champions League next year as well – emotions will weigh in heavily. The team leaders, the role players, coaching staff, and everyone else involved in the organization will want to show that last year’s success was no fluke. It will be their last chance to do so. Will they find a way to surprise again and beat the French contingent?

Last year, Barcelona – a club that prefers a slow-paced game as well – worked in Vardar’s favor and after winning on a buzzer-beating shot, momentum carried over to the final match. Montpellier does best what Vardar doesn’t like at all. If the Macedonians can deal with the speed of the French squad effectively, then another final is on the horizon.