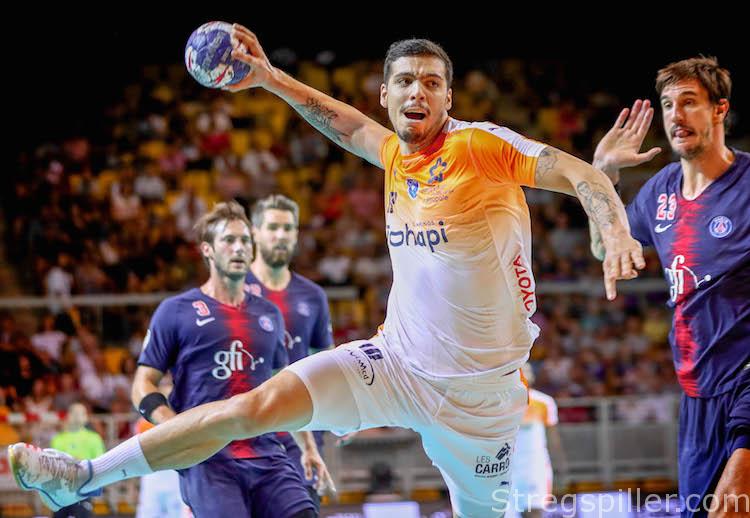 The incredible comeback of Mathieu Grébille

During the last three seasons he only played a handful of games after having suffered three major injuries, including a torn ACL and two shoulder surgeries. In May of this year, he watched his teammates from Montpellier lift the Champions League trophy while sitting in front of the TV. And later in the spring, his coach broke the news that he won’t make the team. Many players would have given up along the way and called it quits but not him.  Here he is: Mathieu Grébille.  No – this is not some kind of cheesy teaser for a Hollywood B-movie, it’s the story of his career.

Mathieu Grébille has been one of the most talented players of his generation. A gifted left-back, able to shoot from eleven meters and a devastating skill set when going one-on-one. At the tender age of 16, he signed up for Montpellier’s handball school before making his debut with the professional team in the following year. At the EHF EURO 2014, in Denmark, then 23, he raised the trophy together with France and in 2015 he repeated the success at the IHF World Championship, in Qatar.

But already in Qatar it went downhill when he got injured in the semi-final, missing the rest of the season, before tearing his ACL in August of that year.

“You know when you suffer these kind of injuries, you’ll be out for six or seven months. But at the time it felt ten times longer. And during the recovery process, you don’t feel any progress for quite some time – that drove me crazy,” he recalls.

Eventually, he came back, not knowing that it was only the beginning of yet another dark tunnel he was about to enter. The following season, three days before the French cup final, he injured himself again – the same shoulder as in 2015.

“At that point, I thought I was cursed. I had to endure another surgery and for a handball player, the shoulder is such an important part of your body that you can’t speed up recovery. So, you have to wait again,” he says.

Ten months went by before he could play in an official game with Montpellier’s youngsters not with the A team.

“Even worse then that was the fact that the team was having the season of their life. When you can’t play and have to watch your teammates winning against Barcelona, making it to the Final4 and lifting the trophy…it’s like being knocked on the head each and every time,” explains Grébille.

“But I kept on working, no matter what. It was a very dark period for me and I began to think about what I could do after my career in handball.

“The only positive thing when you’re frequently injured is that you know, you’re going through phases – bad ones – and that you have to carry on.”

And if Grébille’s situation wasn’t already awful enough, it should get worse. Coach, Patrice Canayer, had to inform him that he would not have a slot for his position in the squad for the 2018/19 season and that he should find a way out. Not an easy proposition at a time when most if not all the clubs had their rosters in place.

“That was hard, but that’s sport at the highest level. Of course, when the team is performing well, you don’t need any more players. But I kept working – I worked, I worked, just to prove I could add something to the team it didn’t have”.

Eventually, the effort paid off and he received a contract extension until 2020.

But as a result of his shoulder problems, Grébille had to relocate to left-wing. A problem? Think again. With Michaël Guigou on the sidelines, now Grébille is more than just a patch. Actually, the very same coach who didn’t see a future for him in Montpellier, now wants to turn him into ‘the best left-winger in the world’.

“I don’t buy into all of that, I’m not the one who makes bold predictions. I work before I talk. I know that I’m a long way from being the next Uwe Gensheimer,” he smiles, a few weeks after being elected MVP at the 2018 French Champions Trophy.

Grébille had to adapt to just about everything, he almost had to become a new player. A new shoulder, a new position – does it feel like the start of a new career?

“No, that’s a stretch. But I did have to change my shoulder movement. Since the surgery, I have a tiny bit of plastic in place.  Some days I feel good and some days I’m far off what is expected from me,” he explains.

But, he enjoys playing handball again.

“Some guys, towards the end of a training session, come and say they can’t take it anymore. I just tell them how happy I am not to be able to breathe because I’m so tired”.