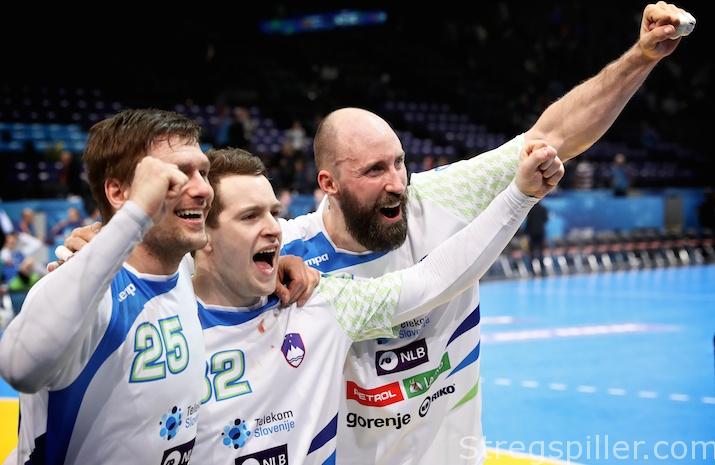 These days, Miha Zarabec is proving everybody wrong that it’s all about height and power in order to play top level handball. The Slovenian playmaker left such strong impression during the past two years, that German champion THW Kiel paid attention and decided to sign him to a one-year deal. It’s a childhood dream coming true for the little wizard and he already made some friends at his future team.

First of all, before talking about you, let’s have a look at Slovenia’s games against Germany.  I was a bit shocked by the result of the match in Ljubljana.  What went wrong?

MZ:  We had a really poor start.  We weren’t good in defense and had problems with Andreas Wolff, who was really amazing.  If you want to win against a team such as Germany, you have to play on 150% from the very first minute.

It won’t be easy to finish second in the group, as Portugal has improved a lot as well.  Would you agree?

MZ:  It sure won’t be easy, but I know everything is still in our hands.  First of all, we must improve in defense and work harder.

In the match against Germany you were able to meet some of your future teammates, like Andreas Wolff or Rune Dahmke.  Did you get a chance to talk to them and what impression did they make on you?

MZ: After the game we drove to Kiel together, so we had a lot of time to talk.  They were really friendly and nice, so I think we will have a good time in Kiel.

In the German league you will play against many physically strong defense formations.  You are a small player who relies on speed and skill. Why did you opt for the Bundesliga and not for the French league, which may have been more suitable?

MZ:  Today, handball is more about speed and running, so I think that it won’t be a problem playing in the Bundesliga.  I like the mentality of German people and their passion for the sport.

I assume you had many offers from around Europe.  Was it your primary goal to play in Germany?

MZ:  I have been watching the Bundesliga since I was six years old and I knew I wanted to play in Germany one day.  And when Kiel calls you, you have no reason to hesitate.

Did you already begin to learn German?

MZ:  Yes, I already started with German lessons.  I’m a quick learner so it will not be a big problem.

Your style of playing handball reminds me a lot on Ljubomir Vranjes.  Did you ever see him play and is he someone you try to “copy”?

MZ:  Of course I remember him playing, I think he is living prove to all small handball players that height is not necessarily important.  We all learned a great deal from him.

Although you are still quite young, you already have experience on the international level.  Still, where do you need to improve the most to reach your highest potential?

MZ:  Everybody can always improve and when you have such quality teammates and a good head coach as Kiel does, then you can improve faster.  I want to get better, especially in defense.