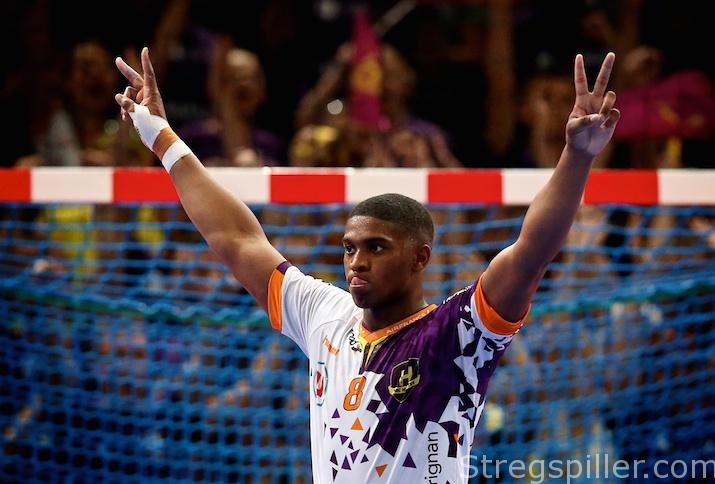 HBC Nantes have just qualified for the play-off round of the Champions League, and are now chasing a ticket to the round of Last 16.  In itself, there’s nothing too surprising in seeing a club that has played and hosted two EHF Cup Finals in the last four years at this level.  But if you take in consideration that twenty years ago, the club was still playing at the fifth French national level, the achievement immediately gains more weight and grows in importance.  Whereas for the rest of handball Europe, Nantes might look like lucky first-timers, in France their success is anything but astonishing.  In the last twenty years, lot’s has changed in the town at the Loire river.  Here are the four reasons why Nantes is now part of Europe’s elite

It’s hard to separate the club’s success from the coach.  Thierry Anti arrived in Nantes in the summer of 2009, with experience gained in Créteil andParis (not PSG, but the old version of the club).  At the age of 57, he is the key element explaining the club’s rise.

He took the reins in the year after the “H”, as it is now known, finally arrived at the French top level.  Anti knew that success wouldn’t come over-night and that he would have to be patient, make mistakes perhaps, in order to reach his goal.  The man’s ambition, even though he doesn’t admit it, is limitless.  He wants to to prove that even without the financial capacities of the other French powerhouses – PSG and Montpellier – there’s room for Nantes to exist.  And after a couple of years struggling, he finally began harvesting the fruits of his work in 2013 when his squad reached their first European final.  His recipe was a simple – rely on a handball school that can produce some very good talents (O’Brian Nyateu, Jordan Camarero and, maybe more familiar to some of you, line player Nicolas Tournat).  Help them in their development, add some experienced players to the mix such as Alberto Entrerrios, and probably soon, Kiril Lazarov.  Especially, Alberto’s time in Nantes, from 2012 to 2016, was probably key in the club’s development.  It demonstrated that the project was a serious one and motivated more Spanish players to join the project.

The club has excellent connections and an outstanding reputation among Spaniards.  Valero Rivera was the first one choosing Nantes in 2010.  Over the course of his six seasons in the French league, he was elected MVP, finished three times as the second best scorer, met his wife ( Thierry Anti’s daughter !) and secured his position in the Spanish national team.

Six years later, he went back to Barcelona but for Thierry Anti, an important part of his mission was fullfilled.  He had shown to the handball world that he could turn promising athletes into world-class handball players.  Seduced by this success-story and the encouraging words of Alberto Entrerrios’, David Balaguer joined in 2015 and he’s now bound to follow Rivera’s trajectory.

The last Spaniard arriving in Nantes for now, Eduardo Gurbindo, came as a true outsider and already became a true leader.

«I think we can say we’ve taken advantage of the Spanish crisis around 2010, 2011 », Anti agrees.  «Even though I have to admit we were lucky. All the players who came to Nantes turned out to be great professionals and excellent players.  Some of our competitors in France weren’t that lucky.  And I believe that some of the Spaniards, after they saw the progression of Valero, they thought that Nantes wasn’t such a bad club to play for ».

3.  A club where you can grow as a player

Actually, Nantes does not only have a good reputation in Spain, many French international players are now hoping that Thierry Anti will focus on them as well.  But the 57 years-old coach is predictable in his actions and sticks to his success formula; Nicolas Claire is the one player that Nantes is betting on for the long-term.

He wasn’t a totally unknown to Anti, since the two had worked together in Paris almost ten years before.  And his ex-coach jumped on the opportunity to sign the player from PSG.  His debut as center-back went as expected, he’s now playing like a leader.  I mean, a true leader, someone that takes shots when he has to and shouts every once in a while.

«I’ve given up on asking Nicolas to be a leader in the locker room » laughs Anti.  « What he shows me on the court is more than enough.  The level he’s playing at this season is unbelievable and he’s consistent.  I’m sure he’ll get a chance at the international level at some point ».  Claire is not the only old friend Anti has chosen to call back – Olivier Nyokas was also part of the Paris’ dream team a few years back.

Nantes looks like the favorite before the play-off confrontation against Naturhouse La Rioja.  How could they not after having lost only one game in the 2016/17 Champions League, and only three since participating in the competition?

« It might look easy from the outside, winning all these games, but there’s a lot of work behind it.  Compared to previous seasons, I’ve got an even hungrier team, they don’t want to stop just yet » Anti says.  Nantes has already announced the signing of Julian Emonet as a back-up for Dominik Klein on left wing for next summer.  Kiril Lazarov appears to be on his way and the second spot in the domestic league is now firmly in the hands of Nantes.  The French team might even qualify for Champions League groups A or B next season.

« We want to be part of the eight best clubs in Europe, to qualify for the Champions League quarter finals in the near future » said president Gaël Pelletier some days ago.  His strategy has worked until now and why it should stop now.