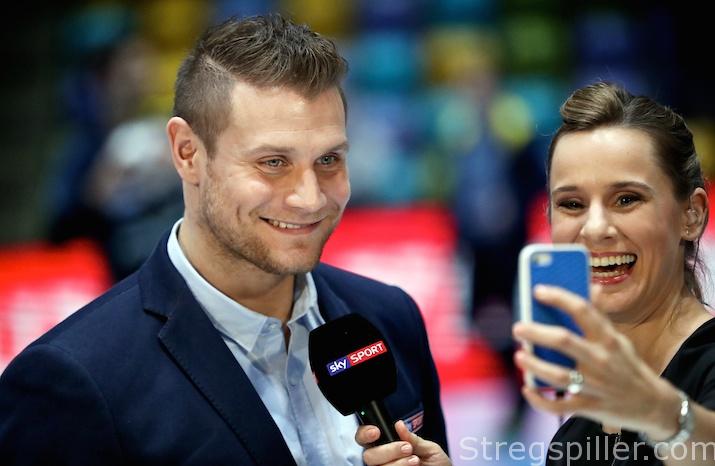 Every once in a while change can be quite helpful and lead to something better.  Prior to the 2017/18 campaign of the DKB Handball-Bundesliga, a number of modifications were agreed on, the most significant one: The league decided to sell its broadcasting rights to Sky, Germany’s leading pay-TV channel.   The media company also owns the rights to the EHF Champions League as well as Germany’s football Bundesliga and the UEFA Champions League.  Previous rights holder, Sport1, was left out – but to be honest, it was about time.

The good news is – for everyone who can afford it – all 306 Bundesliga matches will be shown on television for the first time ever.  It’s befitting a league that calls itself “the world best”.  It is the right approach.  Going forward, four games will be played on Sunday’s at 12:30 CET – a day and time that raised the eyebrows of many.  But let’s give it a shot before reaching final judgment.  I’m not convinced that the new throw-off time will automatically lead to a decrease in attendance.

In addition to a revised schedule, Sky opted for something totally new – at least for a German handball audience.  They took a page from the playbook of the NFL’s Red Zone – Sky’s host, Gregor Teicher, decided which of the four games were shown.  In between, he was summarizing the action of the other encounters.  While, some of the technical challenges will be dealt with going forward – although some may say that you can expect a better job from an established television station from the start – it remains to be seen, if this format can capture the interest of handball fans over time.

As mentioned before, I think it’s worth a try.  It may or may not work, but handball desperately needs creative thinking and new approaches.  But with regards to the commentating, I was a bit shocked.  Apparently, some of the guys did not make good use of their summer break, making sure that they would know their stuff on game day.  Sure, they will need some time to adapt, but I think it’s not asking for too much to recognize when goalkeepers change, for example?  How do you otherwise explain calling the wrong name for 30 minutes?

The “Match of the Week” followed right after, with plenty of interviews leading up to the game and later on as well.  Well done, no matter if you liked the questions asked or the answers given.  In this respect Sport1 did a horrible job.  Anett Sattler, Germany’s face and voice of handball for many years, was always well-prepared but she did not nearly get as much time as Sky makes available now.  In retrospect, it appears obvious that her former employer didn’t care too much about the sport.

The last element that followed – a one-hour talk, hosted by handball legend Stefan Kretzschmar on Sky’s free-TV channel, Sky Sports News HD.  It’s a major upgrade as well, because nothing similar has ever been offered before.  By his own admission, “Kretzsche” was quite nervous at the beginning, but he did a good job controlling his butterflies.  Andy Schmid (Rhein-Neckar Löwen), Andreas Wolff (THW Kiel) and Germany’s seven-time ”Handball Player of the Year”, Andreas Thiel were prominent and grateful guests.

I do hope that Kretzschmar will be able to invite some journalists in the future.  Their presence may add an element of clarity which may be missed otherwise, as players and managers often are not in a position to be too outspoken.  Obviously Stefan Kretzschmar’s presence is a key factor in the success of the show, but Sky will have to do more and develop characters for a – hopefully – increasingly broader audience.  It would be nice to see some lesser known players sit in these armchairs, that were placed in the middle of the court.

In summary, Sky had some issues when it came to the technical part and some of the commentators have to work their way into the sport.  I have no doubts with regards to the first issue, but I do have some concerns when thinking about the latter.

But as I said – let’s give this project a fair chance.  It’s a fantastic opportunity for the sport of handball to grow and emerge from the tremendous shadow, football casts on TV screens on a daily basis.  Sky’s coverage of handball is a major upgrade – thanks for that!