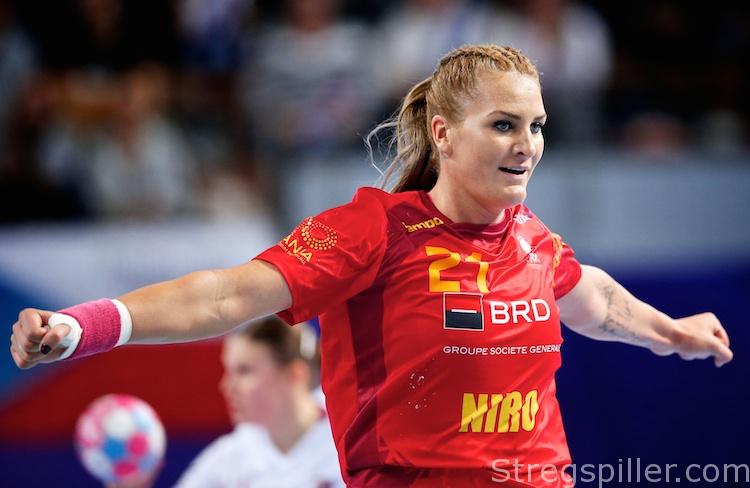 The team to beat

FEATURE – Let’s remind ourselves – one widely used definition describes the term “All-Star” as a group of people, who all have a high performance level in their field. I stick to it, trying to leave out any fan considerations as well as marketing and PR aspects that have come into play over the past few years.

While, some will still disagree, I dare to say that not many teams in Europe would be able to beat this squad.

The 2018 Women´s European championship has come to an end and one of the traditions after every major tournament is the nomination of an All Star Team.

At stregspiller.com, we also maintain this tradition and here is my offering of the best players that were active in France, over the course of the past two plus weeks.

EURO 2018 never became Norway´s European championship. Two poor performances in the preliminary round presented obstacles that the record champion could not overcome in the rest of the tournament.

However, the Scandinavians finished the competition on a high note and were the best team in the late stage of the competition. Katrine Lunde played a big role in this, let’s call it comeback of sorts.

The 38-year-old veteran from Vipers Kristiansand showed a performance level that we remember from her time in Aalborg, Viborg, Györ and Rostov-Don. Overall  she was the best goalkeeper in the competition.

Amandine Leynaud (France) came close, but Lunde was just that tiny bit better – in my opinion.

Despite missing eight players due to injury and / or pregnancy, the Hungarian team managed to stay in the race for a semi-final ticket until the last match day of the main round, and the impressive performance of Nadine Schatzl was a major factor

The 29-year-old winger from Ferencvaros played a very fine tournament, scoring 23 times, on 28 attempts. While the elected player – Majda Mehmedovic – scored more (27/43), but she was not nearly as effective as Schatzl’s 82%.

If I had to nominate a MVP and an All-Star, this title would go to Cristina Neagu, hands down.

Romania´s performance in the semi-final and the bronze medal match showed everyone just how valuable she is to her team, especially in attack.

Even when leaving the last two games of the tournament aside, when she had to watch Romania struggling from the sidelines, her contribution until then qualify her as the best player on the left back position.

The simple fact that she ended the competition as the second highest scorer, despite playing two games less, is just one more argument for her nomination in this category.

Besides, shouldn’t the most valuable player not automatically make the All Star Team as well?

I shuffle her in the position as center back, although Minko inflicted most of her damage as left-back. Other names that came to mind included her teammate, Grace Zaadi or Norway´s Stine Oftedal, while Russia’s, Daria Dmitrieva, was a potential candidate as well.

However, Minko´s stats alone suggest a place in the All-Star selection, ranking 5th among all scorers, with an 83% efficiency, as a back-court player!

How long can Tor Odvar Moen hold on to her in Siofok?

There was no one close to the dynamic Russian player.

Throughout the tournament, the smiling player from Rostov-Don was living proof that size itself is not a factor that determines quality. Vyakhireva was, by far, the best right back in this championship on the offensive end, and at the age of 23, she has plenty of years ahead of her.

Serbia only finished 11th at EURO 2018, but Katarina Krpez Slezak could not be blamed for the modest placement.

Even though the Serbian team had to go home after the main round, the 30-year-old from Hungarian club Erd clinched the title of top scorer in the tournament with her 50 goals, in six matches.

Without the shadow of a doubt, she was the best right wing in the competition.

It’s unlikely that Pintea would have been nominated based on her performance in the bronze medal match against the Netherlands, but the All Star Team is based on accomplishments throughout the entire tournament.

33 goals already speak for itself; add to it her achievements on the defensive end and you’ll get the full picture

Some media add a category for Most Valuable Player  or Best Defender to their All Star team.

However, I find it even more interesting to award the honors to a “Rising Star”.  Among several promising, young players at the championship, such as Romanian goalkeeper, Yuliya Dumanska or Hungarian left back, Noemi Hafra, Henny Reistad stood out.

The way the 19-year old handled the responsibilities in the playmaker position was stunning – simply put.

It could have been Ambros Martín or Kim Rasmussen, or even Evegenii Trefilov, but the man to coach the aforementioned players would have to be Olivier Krumbholz.

Once again, the 60-year-old coach worked wonders with his French team, winning the 2018 European championship, after the set back in the first game against Russia.

Of course, home court advantage helped, but Krumbholz did more than that to push France over the finish line and towards their very first European trophy.