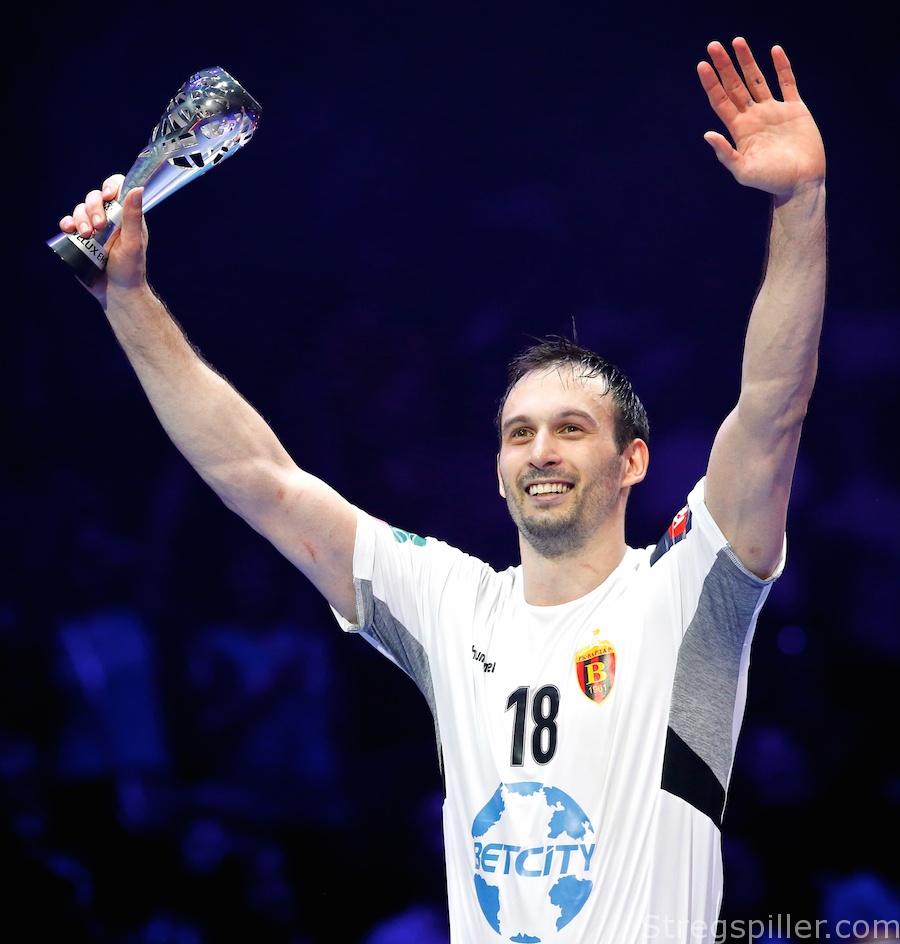 INTERVIEW – He already won the Champions League twice with HC Vardar Skopje in 2017 and 2019.

Now, Igor Karacic is aiming to win the most prestigious club competition in the world for the third time in his career – this time with his new club, PGE Vive Kielce.  It would be just what he needs to clear the disappointing memories of the lost final at the EHF EURO 2020.

“And now, as tears subside, I find it all so amusing,” sang ‘Old Blue Eye’, Frank Sinatra, in his signature song “My Way”.

Indeed, the tears are gone after Croatia’s narrow defeat against Spain in the final match of EURO 2020, in Stockholm, but that does not mean that there’s anything amusing about it.

“The disappointment is still there and it has not vanished, but that’s sport and us players have to learn to accept it, to put it aside and focus on the new challenges ahead of us.

“Of course, today we are happy and proud of the silver medal – obviously we would have been even happier if it would have been the gold medal,” one of Croatia´s key players, Igor Karacic, tells stregspiller.com.

“However, I do think we proved that we have a great team that can win a gold medal and I am sure we will show our strength again in the upcoming Olympic qualifiers,” he adds.

In the middle of April, Croatia will compete for a spot in the 2020 Olympics against France, Portugal and Tunisia. The two best teams will go to Tokyo.

“To play in the Olympics is every player´s dream and it would be fantastic to go to Japan, this year.

“However, we do have a tough group. We know France and the quality they have as a team. Portugal play a very good and fast handball, something they proved at the recent European championship and Tunisia is an opponent we cannot underestimate.

“Yet, our team is great and I think we have very good chance to be in Tokyo in the summer,” explains 31-year-old Igor Karacic.

While he is representing Croatia, his older brother, Ivan, plays for Bosnia Herzegowina. This just goes to illustrate the very special history of former Yugoslavia.

“Already, when we were young, we played against each other many times and we never viewed each other as rivals, even though we played for different countries.

“In fact, I am very proud of my brother and I admire the team of Bosnia and Herzegovina and how much they have improved.”

After the European championship, a groin injury kept Karacic on the sideline until about two weeks ago. Now, he is back at full strength for Kielce, the club he joined in the summer of 2019 after seven years with Vardar Skopje.

“The comeback was great, especially when you play against Porto in the Champions League. (30:25 for Kielce, ed.).

“It was so cool to play in front of our fans again. They support us so well in every game and they also had a big role in our win against Porto,” says Karacic, who is happy with his new life in Poland.

“I am already well integrated in the team. Kielce is different compared to Skopje – so it was some kind of a change for me to come here.  Yet, I am a flexible person and it was not difficult to adjust. Ever since I arrived everyone here has been very supportive.”

Obviously, he closely follows the recent incidents at his former club, which appears to fall apart because of financial problems.

Two key players – Dainis Kristopans and Pavel Atman – already left, allegedly because of missing salary payments and according to the rumor mill more players will follow.

“I am really sad about the situation in Vardar and how things are working out for them.

“Vardar is a great club and the team is still really good, but they have problems and it’s only normal that those are reflected in their performance.

“One thing that’s interesting about Vardar is that they always find a way to win in difficult times.  So, I just hope they can do it again,” he says.

Getting to Cologne is the tough part

As mentioned before, during his time in Vardar, Igor Karacic won the Champions League twice – in 2017 and again last season.  On both occasions, Vardar took the trophy at Cologne’s Lanxess Arena despite being the underdog and Karacic has drawn his own conclusions.

“In my opinion, the tough part is getting to Cologne.

“Once you are there, anything is possible. History has shown that the favorite team usually does not win.  So, to me every team at the FINAL4 has the same chance.

Before the last match day in Group B of the Champions League, Kielce cannot be ruled out as a candidate for the title, which they won once before in 2016 – as the underdog, by the way.

“We really have a quality team in Kielce, once again, and I think we have a good chance to achieve a good result in the Champions League this year,” concludes Igor Karacic.