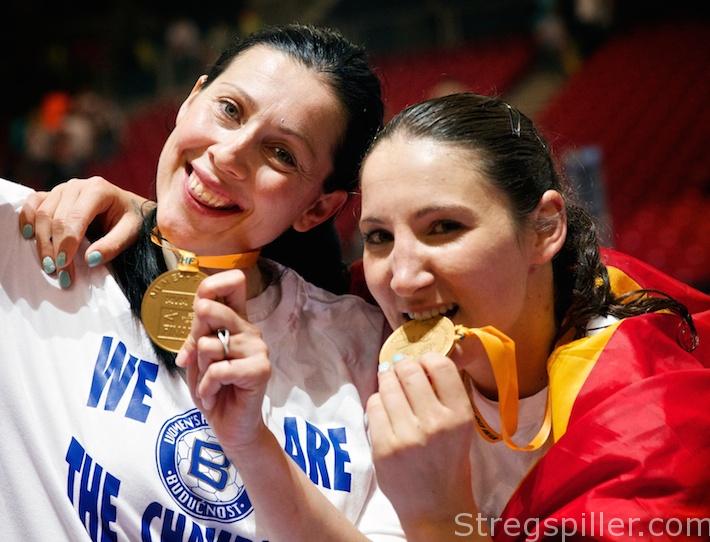 The usual suspects are favorites, but several dark horses

Two or three teams appear like the most obvious favorites to win the Women´s Champions League, but the number of contenders is bigger than usual.

Friday of this week marks the start of the Women´s EHF Champions League group phase.

At first sight, the whole tournament looks more balanced than so many times before, but of course, there are favorites.  Equally important – this year’s competition seems to contain even more dark horses than previous seasons.

Let us take a look group by group and see which teams are likely to make it to the main round and who can go all the way and lift the Champions League trophy in May 2016.

“I hope and believe that we are one of the three teams that will fight for the top three positions,” says Rostov-Don´s Danish coach Jan Leslie.

I can only agree with him, provided he is referring to his own team as well as Larvik and Baia Mare as “those three” teams.  The Norwegian and Russian champions as well as the Romanian runner-up from Baia Mare are the obvious candidates to proceed to the main round.

Baia Mare remains a club in question because of the reports on lack of salary payments and other questionable business practices in the front office.  Provided that the quarter-finalists from last season manages to carry on through the group phase while keeping the current line-up intact, there is no doubt that they will accompany Larvik and Champions League debutant Rostov-Don to the main round.

With all due respect to Krim, the Slovenian champion does not have what it takes to compete with the other teams. Marta Bon the charismatic female coach has created marvels before but even she cannot produce another miracle considering the current squad.

The other three clubs are so equally matched that none of them is likely to go through Group A with maximum points and of course, this will impact the number of points each one of them will take to the main round.

It may not mean a lot, considering the teams they are likely to encounter in the next round, when they will be joining the three best teams from Group B.

Will the Champions League winner come from this group?

Not likely, but Larvik as well as Rostov-Don and Baia Mare are definitely all dark horses.

Group B looks to be the most consistent, though by far not the strongest pile.

FTC – formerly Ferencvaros – pulled off a sensation last season by winning the Hungarian championship snubbing Gyor.  But in the meantime, they have lost their star player Zsuzsanna Tomori to no other club but Gyor!

Still, FTC has decent chances to prevail in a group, from which Thuringer HC should also be able to reach the main round without too much trouble.

This also applies to Fleury, the refreshing French newcomer that reached the final of the Cup Winners´ Cup in 2014/15 only to be stopped by FC Midtjylland.

In contrast, Podravka will probably struggle to reach the main round, and my bid is that the Croatian champions will have to make do with the Cup Winners´ Cup after the group phase.

This leaves FTC, Thuringer HC and Fleury in the main round, where all three of them will face immense challenges against Larvik, Rostov-Don and Baia Mare.

Could the final winner come from this group?

I definitely do not like the word death in connection with sport – the term has no place in this context.  Yet some might call this group “the group of death”.

I will stick to call it a highly interesting and most likely very intense formation.  You only have to look at the first two teams to convince yourself.

Last season, it was Vardar that robbed Gyor of its chance to reach the FINAL4 on home soil by defeating the ambitious Hungarians in the quarter-final of the tournament.

Obviously such recent history adds extra spice when the two teams meet during the group phase and Vardar does not look any weaker than last season, to say the least.

Gyor has lost Susann Müller to the up- and coming Bundesliga team of Bietigheim.  She is replaced with Linn Jørum Sulland from Larvik and Hungarian star player Zsuzsanna Tomori.  Furthermore, Anita Görbicz is on her way back from maternity leave – all in all head coach Ambros Martín´s worries should few and small.

Then there is FC Midtjylland – the Danish champion and winner of the Cup Winners Cup in 2015/16.

Several actors have left but a number of new players have arrived as well.  Not entirely unexpected, the team has shown lack of stability at the beginning of the season and the big question is if coach Helle Thomsen can make her team click before the start of the 2015/16 Champions League begins in earnest.

Anyhow, FCM will have trouble doing much against Vardar and Gyor and this will handicap the Danes in the main round already.

Hypo Niederösterreich has seen its best times – considering the quality and class of the opponents, the club will not play any major role.

Could the champion come from this group?

You bet!  Vardar and Gyor are both among the top favorites.

This is the only group with one obvious favorite to win it.

No disrespect to CSM Bucuresti, but ruling Champions League winner Buducnost must be expected to take first place – despite having lost their great German goalkeeper Clara Woltering who has joined Borussia Dortmund in Germany’s Bundesliga.

Provided that CSM has overcome all the turbulences and alleged financial troubles, the Romanian champion may be able to challenge the Montenegrins – at least a bit, while Savehof and Lublin will compete for third position.

This battle seems to be open with the Swedish record champion being a narrow favorite for their third consecutive main round berth.

Can a possible Champions League winner emerge from this group?

Absolutely!  Buducnost is among the top contenders to take the title while CSM Bucuresti is another “dark horse” – assuming the club stays free and clear of any more turmoil.