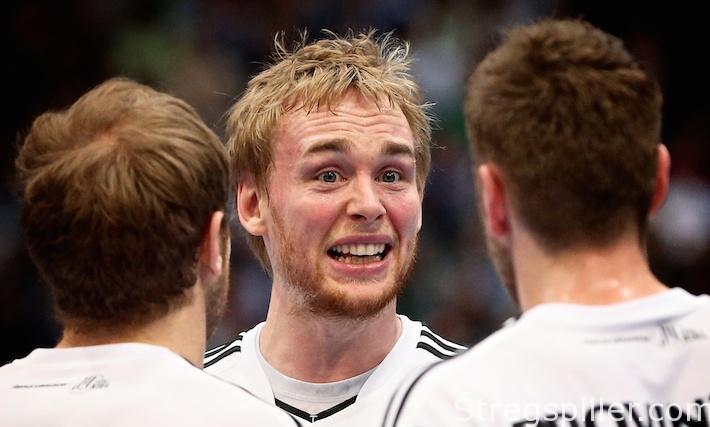 The wings of history

A personal walk down memory lane inspired by Sunday night´s Group 2 matches at the European Championship.

I must admit, that to me, it always brings back memories of history – handball and otherwise – when Germany and Russia collide, as they did this evening in Wroclaw’s Centennial Hall.

Whenever the two nations meet, my thoughts drift back to the epic final match of the 1978 World Championship between West Germany and the Soviet Union in Brøndbyhallen near Copenhagen.  West Germany won that final 20:19 and the result was cheered by the entire handball world except for the Eastern European part of it.  The fact that a team from the west could beat a bunch of Easter European “state amateurs” was a remarkable achievement, which caused even die-hard Danish fans to forget their disappointment about their own team not finishing on top of the podium.  At the time Denmark had to settle for fourth place.

As we all know, neither West Germany nor the Soviet Union exist these days.  Today, Germany is a unified nation once again, while the Soviet Union was split up in pieces in the aftermath of the fall of the Berlin Wall.   But that final game 38 years ago made such in impression on a handball crazy, young guy that I still think back on it on occasions like Sunday night.  This time around, there were some similarities to the West German squad from ’78.  As back then, nobody did expect much from team Germany at EURO’16 because of the many injuries.  Germany made the trip to Poland without Uwe Gensheimer, without Patrick Groetzki, without Patrick Wiencek, without…

Russia in contrast, showed up with an experienced crew and at the start of the match that seemed to be enough to deal with the youngest team of the tournament.  Their first seven shots all ended up in Germany’s goal and after nine minutes, Russia was leading 7:4.  Germany’s praised defense was completely open and upfront their play was confused.

Still, despite having a goal declared invalid at the score of 7:5 – only the referees could not see that the ball had crossed the line – the Germans got their game stabilized and with three consecutive goals, they were able to change a 8:10 deficit into a 11:10 advantage. At the half, Germany led 17:16.

There are considerably more goals scored in handball these days than in the late 70ties and seven minutes into the second half, the end result of the ‘78 final lit up the scoreboard – 20:19 for Germany.   Eventually, Russia did catch up with Germany’s five-goal lead causing an exciting finish.  In the end, both teams had scored 10 more goals than 38 years ago.  This time Germany sent Russia out of the race for the semi-finals through a 30:29 win.

Still, the highlight of the game belonged to Russia.  Five minutes before half time, Sergei Shelmenko passed the ball behind his back to right-wing Daniil Shishkarev who sent it across the goal area to left-wing Timur Dibirov who made it 14:14 with a brilliant in-flight shot.

Spain versus Denmark brings back thoughts of more recent handball history.  Actually, it was a remake of the first main round match at the 2014 European Championship in Denmark.  On that occasion, Denmark won 31:28 in what was the best match at that tournament for me, anyway.

Of course, nothing could measure up to France´s out-of-this-world performance in the final against Denmark, but it takes two teams to make a good handball game and the Danes were not able to offer France any meaningful resistance in that particular final.  For that reason, the main round match between Denmark and Spain stood out as the best one of the competition.

The Spaniards may not like to be reminded on that EURO’14 episode, but rather think about the 2013 World Championship final, where the Spanish hosts thrashed Denmark no less than 35:19.  Or maybe they reminisce about a last second goal from Joan Canellas that secured Spain’s semi-final ticket at the World Championship in Qatar in 2015.

Before the game both teams had personnel problems.  Spain had to replace defender Gideon Guardiola due to a hand injury with his teammate, Rafael Baena (Rhein-Neckar Löwen).  It was the flu that caused trouble in the Danish squad forcing assistant Tomas Svensson to stay in his hotel bed.  Among the players, only playmaker Rasmus Lauge had been hit and it seemed that he was not completely fit when he took to the court.

What a turn the match took.  The start almost resembled the dreaded 2013 World Championship final.  Spain’s Raul Entrerrios and Jorge Maqeda scored as they pleased, while the Denmark’s attack could not get around Spain’s 5-1 defense formation. Furthermore, Mikkel Hansen had an evening to forget, missing his first four attempts and only scoring three goals on nine attempts.

Only 5 minutes into the game, Denmark´s coach Gudmundur Gudmudsson found it necessary to take a timeout after his team’s dismal start.  Spain was already leading 4:1.  Following the break, Denmark managed to stabilize their defense, while Niklas Landing began to challenge Sterbik’s performance.  Still, Spain constantly remained in the lead by two or three goals for the rest of the first half until the buzzer sounded at 15:12.

This pattern continued from the start of the second half, but everything else changed when Michael Damgaard was sent on for Denmark.  His shots out of nowhere, caused Spain’s defense and an otherwise brilliant Arpad Sterbik in goal, much trouble.  And since Mikkel Hansen could not score goals himself, he did make a number of intelligent assists to Jesper Nøddesbo, who scored one spectacular goal after another from the line.

Denmark’s defense improved even further after the break and the injured René Toft Hansen was not missed anymore.

Niklas Landin had raised his saving percentage significantly and 15 minutes into the second half, Mikkel Hansen’s score drew the match even for the first time -18:18.  Barely two minutes later, Casper Ulrich Mortensen handed the Danes their first lead (19:18) and in the following minutes the Scandinavians extended their margin of difference to 23:18, benefiting from a Spanish drought that lasted 11 minutes plus.  After staging this impressive comeback, Spain found no answer and Denmark secured an impressive 27:23 victory.  Mikkel Hansen & Co. took a big step forward to the semi-finals at EURO 2016.