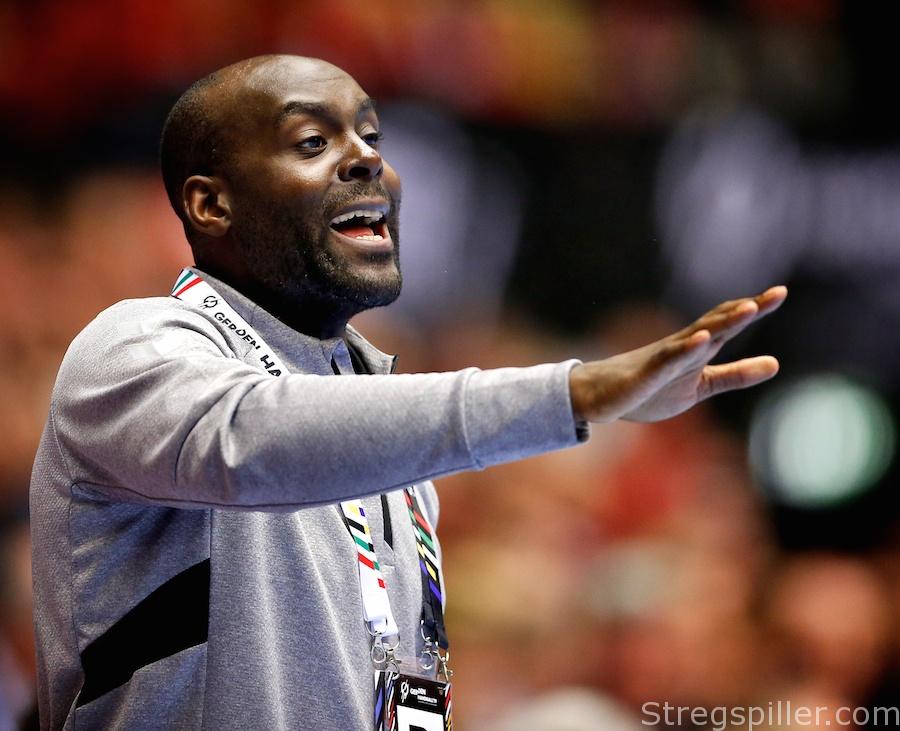 ”There is no magic formula”

INTERVIEW – David Davis will travel to Cologne to attend his first VELUX Men’s EHF FINAL4 as head coach.  In the eight months he has been in charge of Veszprém KC, he has re-focused his players and turned a team in crisis into a winning squad.

Hard work was the key reason, as he reveals in this exclusive interview with stregspiller.com.

”My first eight months with the team, I can only describe as a success.”

That’s safe to say. When Davis took over as head coach in Veszprém, the team – if you want to describe it this way – was in crisis mode.  Although, it took some time to implement his own ideas, today the whole squad appears much more as a unit, a well-playing unit.  It certainly is a group of players that will arrive at the VELUX Men’s EHF FINAL4 with plenty of self-confidence.

“When I compare the state the team was in, when I took over to what the team looks like today, I can only say that it has been a big, successful turnaround for everyone involved and especially for me as coach.

“I am satisfied with my job and I am also very content with the effort the players have put forward. I think that everybody can see what a great of a job the players have done on court and what a big of a transformation the team has gone through.

“The fact that they were willing to accept change and determined to work hard for it, has definitely played an important role.

“In short – it has been work, work and some more work that brought about this big shift,” David Davis tells stregspiller.com.

Make players understand what you want

The 42-year-old Spaniard admits that it took some time to get his players to adapt to his ideas, but he is happy when he looks at the results of today.

“I do not want to put the spotlight on myself but once again, work is the secret.

“Of course, I have my style, my Spanish handball philosophy and my ideas of how to coach. I also have my experience as a player, which allows me to show my players how I want things done.

“Having the experience as player and coach also means that I believe in what I do and that I am able to convince my players to believe in the same things.

“There really is no magic formula. With the risk of repeating myself – work, work and more work is the only way to achieve results.

“It’s all about showing your players what you want and to work hard every day until you achieve the result you want in the first place.

“It’s safe to say that we go to Cologne in our best form and in the best possible condition.

“We want this weekend at the FINAL4 to be the best weekend of the entire season and we believe in ourselves to do a great job twice within those 24 hours. We have seen year after year that the team that’s best to retain focus over those 24 hours is also the team that wins the Champions League in the end. So, it’s crucial that we are able to do just that,” states David Davis.

The past does not matter

He is not troubled by the fact that Veszprém have been close a number of times to win the trophy.

“The fact that I only arrived in Veszprém, back in October, means that I have no part in previous disappointments, where the team was close to winning the title but did not go all the way. Those things all happened under different coaches.

“I want my players to go to Cologne with determined to win. I do not care about what happened yesterday or the day before yesterday or a few years ago. I am only interested in what is happening during the weekend that we are in Cologne this time. The rest is not important”, he says.

Yet, he is well aware that the epic final in 2016 may need particular mentioning before this year’s semi-final.  Back then, Veszprém were leading by nine goals with 14 minutes left to play. Still, Kielce caught up and and after two extra time periods and a penalty shoot-out, the Polish champion won 39:38.

In this year’s semi-final Veszprém will meet Kielce once again.

“Of course, this match requires a certain mental preparation, as there are several players in the team today, who played in that unfortunate final three years ago.

“I watched the match as a spectator and I have a pretty good idea what the players were going through.

“They key for everyone, however, is to forget about this match, as those memories will only cause pain.

“What we need for the team is happiness and to feel good about what we are going to do. Once again, if we think too much about what happened in the past, it will stop us from moving forward,” he finds.

One day at a time

But first things first, for now David Davis is mostly focusing on the semi-final against Kielce, hopefully followed by a final match. against either Barca Lassa or Vardar Skopje.

“To me, the FINAL4 is about the final match as well. It’s not just about Kielce and the semi-final. Hopefully, there will be a final game after the semi-final.  But, you cannot prepare for two matches at the same time.

“Right now, I do not really know what to say about the other teams. Barca will have to finish their season first, Kielce must play the final in their league, we must play a final, and Vardar also have to play the last game in their league.  So, who knows what will happen between now and Cologne?

“Right now, I only think about Kielce and my own team and then we will worry about the rest,” says Davis, who hopes that his own FINAL4 experience as a player will be of use to his players.

“This will probably be my eights visit to Cologne – I have attended as a player, as a spectator, as an assistant coach and now as head coach.

“I know, of course, that the FINAL4 in Cologne is where every player wants to go at least once in his life, because it is a fantastic tournament and an amazing weekend.

“I only hope that I can pass on my own experience from my previous visits to my players and make them aware of what it’s all about.

“Then, I believe we can be successful in Cologne,” ends David Davis.