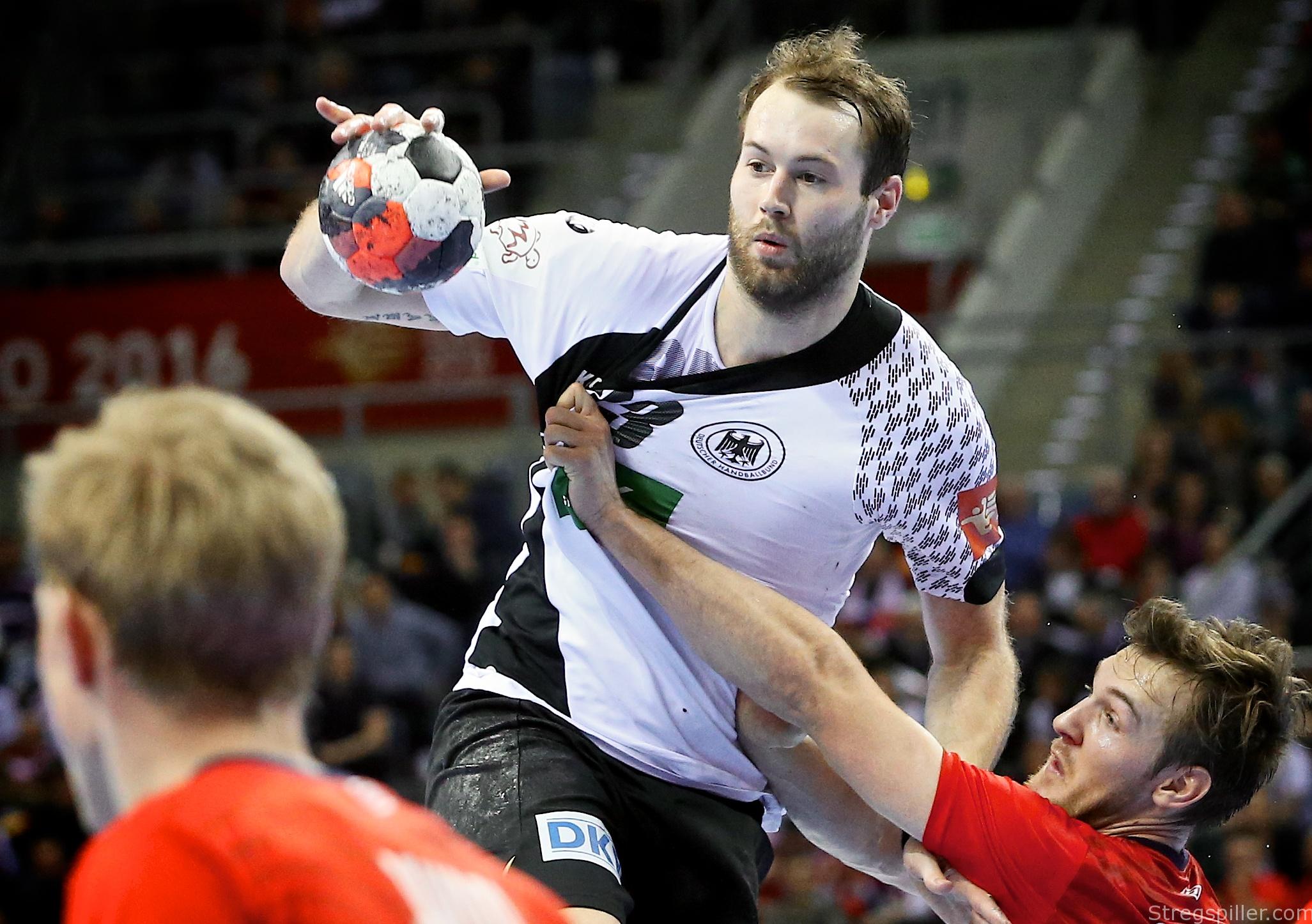 We all love to watch handball, don’t we?  It’s fun watching it even at a lower level.  Well, sometimes.  But then again there’s so much more than just handball, “real life” for example.  Just ask Kim Ekdahl du Rietz and Steffen Fäth about it.  They not only share the same position on the pitch, but also have a similar story to tell.  And both are connected to Rhein-Neckar Löwen.  Fäth, will join the club in the summer 2018, the other player wants to leave a year earlier.

Actually, the two are very different kind of characters.   Kim Ekdahl du Rietz is outspoken, open-minded, loves to talk, not just about handball, but about basically everything.  He speaks four languages, Swedish, English, French and German, is always interested in new stuff.  Steffen Fäth, however, is more introverted.  If he doesn’t have to talk to the media, he just won’t.  Not that Ekdahl du Rietz is seeking microphones, not at all, but Fäth is as close-lipped as they come.

What unites them is their ability to perform on a high level covering the most demanding position in handball, especially lately. Fäth, once said to become the next big thing wearing the uniform of the German national team, took a while to establish himself as a top player, but he was a key member of the “Bad Boys” at EHF EURO 2016 in Poland, even making the All-star team.  In the summer, he joined the Füchse Berlin on a two-year contract, but he already signed for Rhein-Neckar Löwen (2018-2021) as well.

Fäth cited personal reasons for his move.  Born in Frankfurt am Main he will be closer to his family, as one of his relatives is suffering from a serious illness.  I like the honesty Fäth and the club officials have shown here, because sometimes there’s more than just handball.  It’s quite ironic that Fäth is said to be the successor of Ekdahl du Rietz, whose contract is running out exactly in that very summer of 2018.

But the Swede has different things in mind aside from playing handball.  He wants to move on, try new things, travel around. When he was 26 years old he retired from the national team citing physical problems.  He was one of the first players to bear the consequences of playing too many games within a short period of time.  Du Rietz was honest as well, explaining that winning a silver medal at the Olympic games was probably the maximum he could achieve.

When it comes to the future of the guys, it’s all about money again, although it shouldn’t be.  Fäth would love to be back home as early as possible.  Bob Hanning, the general manager of Füchse Berlin, already claimed that the club wouldn’t even think about letting Fäth go prematurely.   So far, he hasn’t lived up to the high expectations.  In the meantime Rhein-Neckar Löwen don’t want to lose such an important player as Ekdahl du Rietz without proper replacement such as Fäth.

The Löwen would probably be willing to pay a certain fee, but lack the money to do so.  They also have to ask themselves what happens if the Scandinavian doesn’t want to pay his own buy-out clause?  Which is must be a consideration, because it’s likely to be a high five- or low six-figure amount.  He’s too smart to do that.  Do they want to force out a player without any motivation? Will he play below his usual level because he doesn’t feel comfortable anymore?

It might not be fair that players are put in such situations.  But what are the clubs supposed to do?  Nobody puts a gun to a player’s head forcing them to sign lucrative contracts.  Now, one of them depends on the other, who’s not really free to make such a major decision.  Choices like this show that it’s not all about sports, even for professionals.  In the end it’s, like I said in the beginning, about  “real life” priorities.