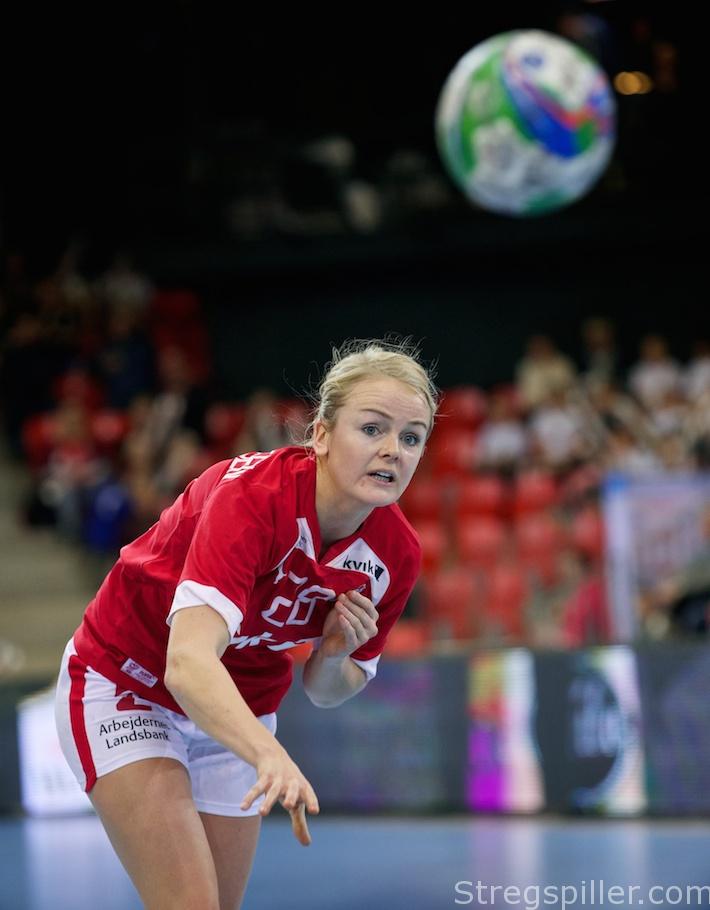 “These players really want to win something!”

Denmark´s new national coach Klavs Bruun Jørgensen is impressed by his players’ receptiveness ahead of the World Championship on home ground.

Actually, Klavs Bruun Jørgensen is not all that new on the job as coach of Denmark´s women´s national handball team.  In fact, he has been in charge since June 1st of this year.  However, he did not have many opportunities to collect his team for prolonged periods since he took over.  These days, the schedule of the best players in international top handball does not leave much time for national team get-togethers.  Still, the 41-years old former right-back of Denmark’s national team is quite content.

“The first months have been really good, I think.  I am very impressed by the players’ receptiveness towards the new elements that I have introduced,” he says.

After a number of years working as coach on the men’s side this is his first job in women´s handball, and many people – certainly in the Danish world of handball – have been anxious about how he would handle a female team.  Klavs Bruun is known for his temper and a rather uncompromising leadership style.  So far, however, there seems to be no reason for concern.

In a previous article at stregspiller.com, Denmark´s most experienced international, Rikke Skov, characterized Klavs Bruun Jørgensen as “just the right coach for the team”.   The general impression is that the rest of the players have also embraced Jørgensen and his special style of team management.  Klavs Bruun feels that he did not have to change anything about his demeanor or about his ways of approaching his players.

“Not at all – the only difference is that for obvious reasons I am not as much in the dressing room as I used to be when I was coaching men,” he says and laughs.

“The players have all been very willing and accepting the way I want things done and the rules I have laid out for working together, just as they have been open minded about adopting my ideas of how to play the game.

“This crew is not really accustomed to winning anything – apart from bronze at the most recent World Championship two years ago, which was fine, of course.  They really want to win something,” he says.

In love with aggressive defense

One of the most notable innovations, Klavs Bruun Jørgensen has introduced, is a very aggressive approach to playing defense.  Now that a number of new rules have been postponed by the IHF (i.e. playing seven against six without one player in a goalkeeper´s shirt) he can push his dynamic defense, which might have been rendered useless with an immediate introduction of new regulation.  Denmark´s recent qualification matches for EURO 2016 in Sweden – against Turkey and Portugal – were inconclusive when trying to judge the effectiveness of his new defensive tackle, even though Denmark won both games decisively.  Still, the coach sees progress.

“Of course, I would have liked to test the system against stronger teams, but I definitely think we are heading in the right direction.  In fact, it is the simplest (defensive) version of all possible alternatives that I have chosen – namely the one, where each player keeps following her direct opponent.  This reduces the need for internal arrangements and transitions to an absolute minimum,” explains Klavs Bruun who really loves this way of defending for more than just one reason – he truly likes and believes in the system.

Another advantage is the simple fact that a more pugnacious defense is rarely practiced in women´s handball.  It just causes more trouble for opponents to adapt when compared to men´s handball.

“You only have to look at teams like South Korea or Japan who practice this way of defending and whose rivals almost always get into trouble because of it,” he says.

Next week, Jorgensen gets another chance to check his new system against at least one formidable adversary.  The Danes are taking part in a test tournament in Spain, where the opponents will be Tunisia, Angola and Spain.

“I am sure that Spain can really hurt our attacking defense.  It will be a great test for us,” he believes.

However, the ultimate test may not come until the World Championship in Denmark, one week later.  In preliminary group play, Denmark is up against Japan, Tunisia, Serbia, Hungary and Montenegro.  Particularly against Japan and Montenegro, a more aggressive Danish defensive formation may be seriously challenged.

Japan is a fast moving squad that is used to playing against militant defenders – not the least because they are familiar with executing a belligerent defense themselves – while Montenegro likes to have their wings making rushes towards the middle, which will mean a lot of movement in the back of Denmark´s advanced players.

“I do not see much of a problem with the latter.  It is simply a question of letting our wing players follow theirs – and when you look at Montenegro´s back-court – those players are really not moving fast; their right-back in particular.  They are strong shooters but not fast.”

“In that respect, I am more afraid of Hungary.  They got (Anita) Görbicz back, and she may be able to really hurt us,” explains Klavs Bruun Jørgensen.

Of course, we are among the favorites

“The fact, that Görbicz has returned while rapidly approaching her best form, also makes me see Hungary as one of the teams that can go all the way – but so can we!” states Klavs Bruun.

“Of course, we are one of the favorites to take a medal – at least.  It’s because of the simple fact that we are playing at home.  I do not recall any major championship in recent years, where the host did not go deep into the tournament and with 12,000 spectators supporting us in Herning, there is no doubt in my mind that we can make it far,” says the coach who is not concerned about any pressure caused by expectations from the outside.

“I do not think it will be like when the men´s team is playing.  This squad has not really won anything – with the exception of the bronze medal, two years ago – so I do not think people will expect that much from us.  They’ll simply support us and be happy if we do well,” expects Klavs Bruun Jørgensen who likes to look outside Europe when searching for other medal contenders.

“I think we should watch out for South Korea.  According to the bulletins, they have played some fantastic handball recently.  Brazil is coming with interesting team once again, especially with a very strong defensive line-up and a goalkeeper (Barbara Arenhart) who appears to be hitting her top form just at the right time.

“Of course, you can never exclude Norway from the group of favorites, and I also think Spain is an obvious competitor for precious metal.  They won the silver medal at EURO 2014 and they have plenty of interesting qualities in their crew,” says Klavs Bruun Jørgensen who does not hide that he is really looking forward to his first championship as national coach.

“I can hardly wait for the games to start!” he says.