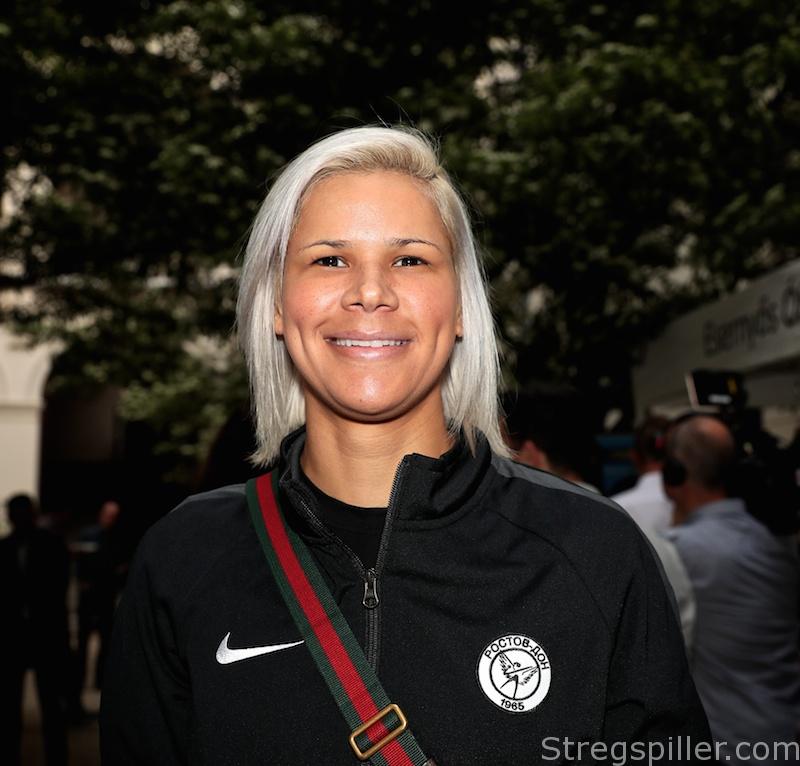 “Things have become better with Martín”

INTERVIEW – Mayssa Pessoa is in no doubt that her team, Rostov-Don have a much better chance of winning the FINAL4 than in their maiden season, last year.

The reason for the optimism of the Brazilian top keeper – the new head coach, Ambros Martín.

It’s often hard to be a debutant at the FINAL4, and Rostov-Don were no exception to the un-written rule, as they made their first appearance at the event in Budapest, in 2019.

The Russian handball power house finished last, but this time, it will be better – much better, if we are to believe Mayssa Pessoa.

“The fact that we have Ambros Martín as coach has changed more or less everything, not the least in terms of our approach to this FINAL4.

“Last year (under the reign of French coach, Frederick Bougeant, ed.) it was as if we should be content with just having reached the FINAL4.

“It meant that we did not invest enough in the final matches. Under Martín, this attitude has changed completely,” says Pessoa who is playing her second season in Rostov-Don after joining from Vardar Skopje, in 2017.

“It is just amazing! It is worth all the hard work during the season and especially after all the injury problems that we endured.

“I am really, really happy that we are here again,” she tells stregspiller.com.

“I always accept to be substituted”

Before her stop in Vardar, she was with CSM Bucuresti, when the Romanian team proved that as a debutant at the FINAL4 must not always be a losing proposition.

In their maiden season on Europe’s biggest handball stage, CSM won the Champions League with Pessoa in goal.

“I know what it takes to win the Champions League, as I have done it before.  For me, it’s all about knowing, when I have momentum and to make use of it.

“It also means, that when I know that I do not have momentum anymore I must accept that Ambros  puts me on the bench. In these situations, I never get upset.

It goes without saying, that she hopes for a repeat of her triumph with Bucuresti, three years ago.  Although, she does not wish the final to become just as exciting as on that previous occasion, when a penalty shoot-out determined the winner in the final against Györ.

“I hope we won’t need penalties this time around, but I do hope we will win the final by two goals or so.  If it does come to penalty shooting again, I will be ready for it as well,” she laughs.

As she mentioned, she is happy in Rostov with Ambros Martín in charge.

“Yes, I am happy there, which is also why I signed a contract for two years, plus one. I signed for three years in total, because I find that things work well in Rostov.

“When I joint the club, so many people told me that I was crazy and they asked what I was  thinking?

“However, I think it was because they do not really know what the country is like.

“Of course, it’s a little bit difficult to get in touch with people, as they do not speak English and Russian is a very difficult language to learn, but I am trying to learn the language anyway.  This aside, I feel really well in the city and in the club. I sense that people respect me and the people around the team do everything they can to make us feel well – so why wouldn’t I want to stay?

“Some people may still not understand it, but I am happy with the team and happy with our new coach.

“In short, I am happy with everything and that’s why I am staying in Rostov!

“Martín has showed us the way”

“He has showed us the way to believe in ourselves and he has a good method of talking to us. He has also helped to confront our nervousness, which I think will be an advantage for us compared to the other teams.

“For instance, every team seems to get nervous when they meet Györ. Ambros has been good at calming us down and believe in ourselves.

“Actually, we have many players who perform on a high level, but for them as well, it is  important to learn how to deal with pressure and I think Ambros has done a good job in doing just that.

The question is if the accomplished Spaniard can also help Rostov-Don win the semi-final on Saturday, against Metz, who defeated Rostov twice (29:25 and 26:18 in the main round)?

“Actually, my feelings before that game are quite positive. Today’s conditions are different from those main round matches.

“This year, it is Metz, who are new to the FINAL4 and they will have to get used to the atmosphere and everything around this event.

“We did not do well here last year, but we gained some experience about what it’s like to play in front of those 12,000 spaectators.

“Everybody in our team wants that trophy so badly, and I am sure that our will to win will make that semi-final tomorrow a completely different game,” says Mayssa Pessoa.