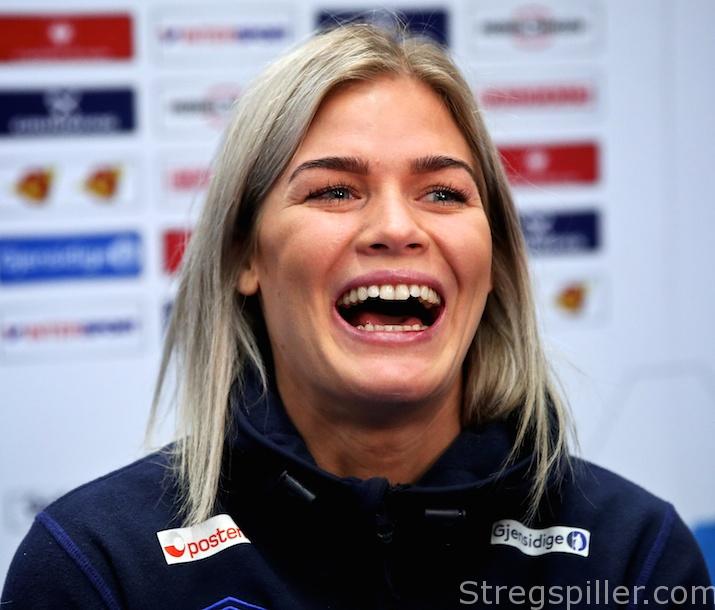 In Group 1, two successful teams of the previous weekend meet in Budapest, when Thuringer HC visit FTC, while Metz face a difficult task in Vardar.

Midtjylland are second in their group with six points, two points behind Gyor and one point ahead of Larvik.

In case of a road win, Midtjylland will take a very big step towards the quarter-finals, and diminish Larvik´s quarter-final berth at the same time.

Duel of the Match Part 1: Sandra Toft vs Sabine Englert

A key aspect of the match will be the goalkeeping contest between Danish international Sandra Toft (Larvik) and former German international Sabine Englert (Midtjylland).

Both keepers are crucial to their respective teams’ performance, and there is no doubt that either one of them can make the difference in the match this weekend.

Duel of the Match Part 2: Gro Hammerseng-Edin vs Veronica Kristiansen

The clash between the two playmakers – Gro Hammersng-Edin (Larvik) and Veronica Kristiansen (Midtjylland) will be another important factor determining the outcome of the game.

At the moment, Kristiansen appears to have the edge over Larvik’s veteran, but Hammerseng´s experience cannot  be underestimated.

The experienced and versatile back-court player, Karoline Dyhre Breivang, is back in Larvik’s line-up, but left-wing Sanna Solberg and left-back Alina Wojtas are still missing.

Midtjylland’s Icelandic right-back, Rut Jonsdottir, hit her head in her team’s 38:26 win against Team Esbjerg, last Sunday, while Swedish back court player and defender Sabina Jacobsen has been sitting out the past couple of matches.

After leading most of the time, Larvik had to settle for a 26:26 draw away against CSM Bucuresti in their first main round match.

Midtjylland, in contrast, were two goals down at the half in the Danish derby against Team Esbjerg;  still they managed to win big – 38:26.

During the week, Larvik accomplished a narrow victory (26:23) on the road in Storhamar after being down 5:1 at the start, while Midtjylland had no problems winning 28:23against Odense, in the Danish league.

Based on current form, Midtjylland appears to be the favorite despite playing away.

However, I don’t see the odds any better than 55:45 for the Danish side.

Even though we are only looking at match day number two of the main round, it looks like last call for CSM, if the reigning Champions League winners are to keep their hopes for a quarter-final appearance alive.

Following their fortunate draw at home (26:26) against Larvik, last Saturday, CSM are second to last, sitting on just three points.

Krim are much better off, being third (six points) due to their impressive performance in the group stage.  But their self-confidence must have suffered after a massive 39:22 loss in Gyor.

I do not expect Krim being able to rise to the occasion – not so soon after the huge defeat in Hungary.  CSM should have sufficient quality to secure a narrow win despite playing away from home.  Odds: 45:55 in favor of the Romanians.

Both teams got off to a fine start in their main round campaign last weekend.

FTC were trailing for long stretches in the first half in Metz, but the Hungarians managed to land as 28:25 victory in the end.

Not every team will be able to win in “Les Arenes” in Metz.  Aside from advancing to second position with seven points, the win has boosted FTC’s self-confidence.

THC will be arriving in an upbeat mood as well after having defeated Astrakhanochka 34:22 in their first main round match.

Following their victory, the German champions are now knocking on the door to the quarter-finals, with four points just like Metz.

THC coach Herbert Müller describes any extra point that can be gained in his team´s two upcoming matches – against FTC and Vardar – a miracle.

Will he and his girls get one or two of these “miracle” points in Hungary on Saturday?  Not likely – FTC are my clear favorites at 70:30.

Astrakhanochka will try to recover from a 34:22 loss to THC in Germany last weekend.  The Russian champions will have to, if they want to keep their quarter-final hop, however small, intact.

But, even at home it will be difficult against a Buducnost team that’s under pressure after losing 31:28 at home against Vardar, in their opening match of the main round.

At the moment, Buducnost are third in the group and they are likely to climb in the ranks once the score is settled in Russia, on Saturday afternoon.  In my book, Buducnost are favorites – 65:35.

There are all chances that the crowd will see entertaining match between two very good teams.

There is no doubt, however, that Vardar is the favorite to win the game.

Not many teams get away with points from Jane Sandanski arena in Skopje.  Certainly, Metz did not have the best possible dress rehearsal either having lost 28:25 at home to FTC.

But Vardar’s playmaker Andrea Lekic has much of respect for her team´s opponent.

“I like their way of playing, especially their counter phase and their fast center.  They will be a difficult opponent,” she said.