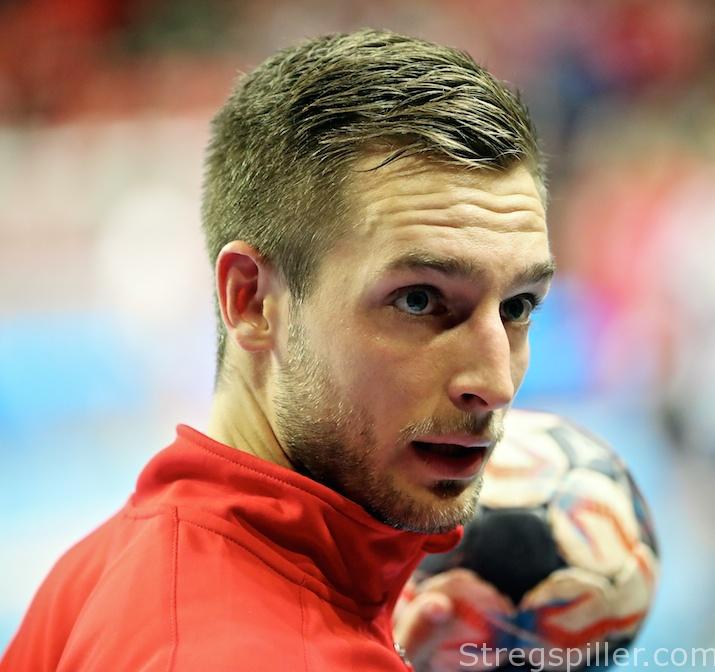 Thrilling times in Kiel and Kielce

THW Kiel and SG Flensburg-Handewitt drew in another North German thriller, while there was at least as much excitement in Poland, where Kielce split points with Veszprém.

In the other top match, Vardar got the better end of Barcelona in a round, where goalkeeping was key to success.

Highlights of the Week – Round 5

It was certainly not the highest scoring North German derby in history. If people had come to Sparkassen arena expecting goals, they were in for a disappointment but it was all compensated when considering the excitement and the drama in the match.

Behind two solid defense lines, Niklas Landin and Mattias Andersson made their presence felt, keeping the score down – way down.

At some point, I was even wondering if the match would end in a 2:2 draw? This was after neither team was able to score – from the 5th to the 14th minute.

It was Kiel who broke the tie, answering my question with three goals in succession, taking a 5:2 lead and extending Flensburg’s dry spell for another 6 minutes!

In the last 10 minutes of the first half, Flensburg managed to recover some of the lost ground but Landin still made it difficult for the visitors to put the ball past him.

And shortly after Flensburg recorded the first three goals of the second half – leading 11:10 – Kiel took over again and reversed course (14:11).

At this point, the home team seemed to have the upper hand, but Flensburg bounced back and after another one of Lasse Svan´s elegant goals from right wing, Flensburg broke even at 19:19, with two and a half minutes left.

Rune Dahmke handed Kiel the lead again with a minute and 10 seconds on the clock, but 40 seconds before the buzzer, Kentin Mahé equalized from left wing.

In the dying seconds, Niclas Ekberg missed Kiel´s last chance to score from a tight angle, on right wing.

Still, Ekberg thought he was going to get a penalty, and so did the vast majority at Sparkassen Arena, but the experienced Spanish referees Marin and Serradilla thought otherwise, and at 20:20, the draw became fact.

After a last second tie in Kielce, Flensburg escaped with yet another important point from one of the more difficult Champions League arenas.

The result leaves Flensburg in third position of Group B with six points after five matches, while Kiel exited from last position, now seventh with three points.

It was a match for first place in Group A and it was an opportunity to revenge the semi-final loss at the 2017 FINAL4 last June, when Vardar defeated Barcelona 26:25 through a buzzer beater.

Once again, it was a fantastic atmosphere at Jane Sandanski arena in Skopje and what more do you need ask for?

A top game?  Well, that’s what we got, including a 37-year-old goalkeeper who played a deciding part

Barcelona’s seven minute dry spell between the 11th to the 18th minute may well have been the most critical period of the match. During this time, Vardar scored six goals in a row, changing a 5:6 deficit into an 11:6 lead.

Barcelona are the unofficial world champions of coming back, but often against weaker opponents. But that wasn’t possible on Saturday and not at Jane Sandanski arena. Barca could not reverse fortune – not this time.

Six goals down before as well as after the break, they managed to reduce the deficit to three goals, but that was as far as they got.  A stellar Vardar team took over the lead in Group A.

Quote of the Week

“Kentin Mahé stood inside the area, and there was contact.

“We could not have complained about a penalty in that situation.”

I was close to calling this match “Surprise of the Week”, and if Kielce had held on to their narrow lead, an advantage they almost kept throughout the match, I would have, as it was not written in stone that Veszprém would lose their first point, in Poland.

As it turned out, they split points, and that was not necessarily expected, considering the two teams most recent performances in the group phase.

The finish of the match was dramatic, and it made me think back at the tense and thrilling Champions League final in 2016 between the same two sides.

On that occasion, Kielce won after extra time and penalty shoot-out.

This time, it ended in a tie after a blue card for Istvan Schuch (Veszprém) and a buzzer beater from Casper Marguc.

Veszprem are still leading the group, by one point ahead of Paris, while Kielce are fifth with four points from five matches.

The 37-year-old Spaniard is still going strong, very strong I may add. He is living proof that age more often than not is an advantage for goalkeepers.

This Saturday, he drove the players of his former team, Barcelona, out of their mind, performing save after save, no matter, from what angle or position the shot was released.

Calling Sterbik merely “instrumental” in defeating the Spanish champion is a gross understatement.

The Danish international is 11 years younger than Sterbik, but at least as good – certainly this past Sunday afternoon in the game against Flensburg.

In the North German derby, goalkeeper, Mattias Andersson, in Flensburg’s goal came close to Landin’s performance – still the Dane kept a narrow edge, providing his team with an advantage that did not show in the final result (20:20).

Admittedly, IFK Kristianstad is not the most intimidating opponent in the 2017/18 Champions League season, and HBC Nantes did not have much trouble disposing of the Swedish champions either, while taking a 34:25 win, at home.

Still, scoring 10 goals is an achievement after all – quite a performance for Nicolas Torunat, the two meter tall, French pivot.

No matches until November 4th – a bit too early to think about those.  National team week is next.