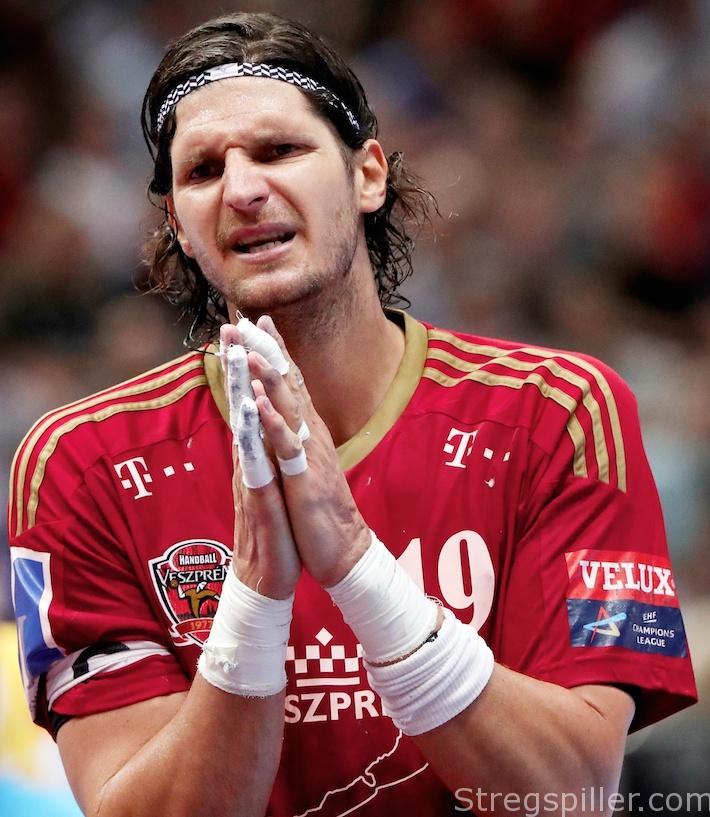 As another comeback of Austrian handball legend, Viktor Szilagyi has just been announced, I want to take a look at players who are about to retire at the end of this season or next.  Or shall I say, “should retire”?  Sure, if you’re used to the daily habits of getting ready for training, locker room talk with your teammates and playing in front of sold out arenas – at least most of the times – it’s understandable that it’s quite difficult to find the right moment to hang up your boots, as they say in football.

And although some of the names you’ll find below will surprise you, I think they are past their prime.  Which doesn’t mean I don’t like those players, but I used to admire them even more when they still ruled the handball world.  One name that comes to mind instantly, is Filip Jicha.

Since joining Barcelona from Kiel in the summer of 2015, the Czech has yet to make a major impression with the Catalans.  He had to undergo surgery about a week ago and will be out until late in the season.

Should the Spanish champion go out early in the Champions League, Jicha will have lost another season of his stellar career.  To be honest, Jicha is one of my favorite players of all time.  He improved so drastically when he left Lemgo and joined Kiel in 2007. And three years later, although the Czech Republic finished only 10th at the EHF EURO in Austria, Jicha was named MVP of the tournament.  He also won “World Player of the Year” honors in 2010.

Nowadays he’s recovering from another major injury and maybe he will prove all of us, including me, wrong.  Maybe he will come back and help Barcelona win another Champions League title in 2017 – who knows?  But I somehow I doubt it.  I miss the Filip Jicha who dominated the game from the left-back position, his skilled defense and true team leadership.  Even as a playmaker or as a line-player he proved his value so many times.  But it’s been almost three years when he did so for the last time.

The situation is a bit different for Thierry Omeyer.  He’s 40 years old, yes, but he’s a goalkeeper.  He could play on forever, it seems.  But does it actually make sense?  Omeyer has won every single title there is, at least twice.  He will finish his career with more than 350 games for the French national team.  But he’s not the “difference maker” he used to be.  Sure, he still makes some key saves, but players on the opposite side used to be afraid of him.  That’s just not the case anymore.

Omeyer’s contract with his current employer, Paris Saint-Germain, expires at the end of the season.  And the club from the French capital already signed his replacement.  Spanish keeper Rodrigo Corrales will come over from Polish side Wisla Plock, next summer.  If you ask me – no, you don’t need to – he already is better than Omeyer, right now.  Which doesn’t mean that “Titi” must call it a career, but what’s still there to achieve?  Actually – nothing.

One last name comes to mind and it’s almost hurting me, because Laszlo Nagy is without a doubt the best Hungarian player of all time.  He’s that great of an athlete that he used to be called up for the national basketball team before he decided to reject the offer to move to the United States as a teenager.  Instead he pursued his career in handball.  In retrospect he made the right choice, that’s for sure.  And, except for a medal with the Hungarian national team, he has won every important title.

During his twelve years in Barcelona, he won twelve major titles, including the Champions League twice.  When he moved back to Hungary, joining handball powerhouse, Veszprem, he set himself one goal: winning another Champions League title.  But recently Nagy, known for his creative play, excellent passing skills and powerful shots, looked tired to me.  His and his club’s form curve as well, are heading downwards.

The window is closing.  And it’s closing fast. Veszprem wasted a nine-goal lead in the most epic Champions League final of all time back in May.  It seems like the loss to Polish side Kielce didn’t hurt the squad just mentally, but physically as well. To be honest, I would really love to see Nagy lift the trophy next spring.  And no matter what his contract says, it would be a fairytale ending to an amazing career.