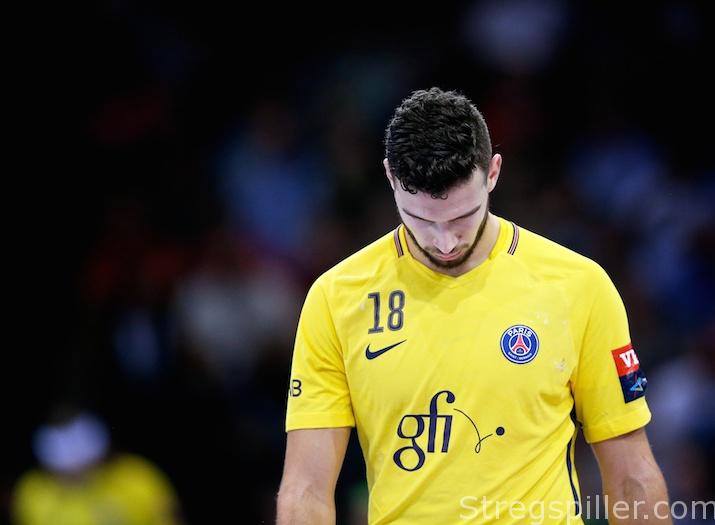 “Today was a great game, but not good enough”

INTERVIEW You can score thirteen goals, play your best game ever in the VELUX EHF Champions League and still not lead your team to the FINAL4.

That’s what PSG’s Nédim Rémili experienced on Sunday evening. The right-back delivered a spectacular performance against Kielce, finding the back of the net ten times in the second half alone.  But, despite Rémili’s outstanding score, his team didn’t qualify for what would have been a fourth straight FINAL4 appearance.

“My performance doesn’t mean anything. Today, everybody was ready to fight, everybody gave it all, but we have regrets regarding the first leg match. There, we didn’t play like we had to, in order to make our job easier,” explains the disappointed back-court player.

Tonight, his team lead by eleven at some point and ten minutes before the end of the game the ticket to Cologne was within reach. But, a two-minutes suspension against Mikkel Hansen, after a wrong substitution, turned things around.

“We knew that in the game at home we would have a chance and we tried to keep our hopes alive until the very last moment. There’s no point in saying we should have done this or that. The past is the past. Now, we’re out, we’re sad and we’re going to have to rise again,” adds Rémili.

Does the fact that Paris held the qualification in their hands change anything – even though it was only for a brief moment?

“It is cruel, but we have to take our hats off to Kielce. We put a lot of energy into our game, but they kept their cool, no matter what. Tonight, we played a great, great game, a very physical one as well but it was not good enough,” he says.

What lies ahead for Paris?

The 2018/19 season will be the least successful one since 2014, with only two national titles. If this isn’t considered a failure, it must be very close to it. For the players it will be tough to collect themselves and finish the job in the national league.

“For all the people who believe in us, we have to do it. We have to respect that. We can make things easy for us, if we play every game with the same intensity we showed tonight.  Then we won’t have a problem,” says Rémili.

Paris have five games left to play before the end of the 2018/19 season. Without a FINAL4 participation, players must be looking forward to their holiday break, as Rémili confirms.

”The head is tired.  Right now, we have a lot of bruises, but we don’t feel them. Mentally, we are in a bad place.”