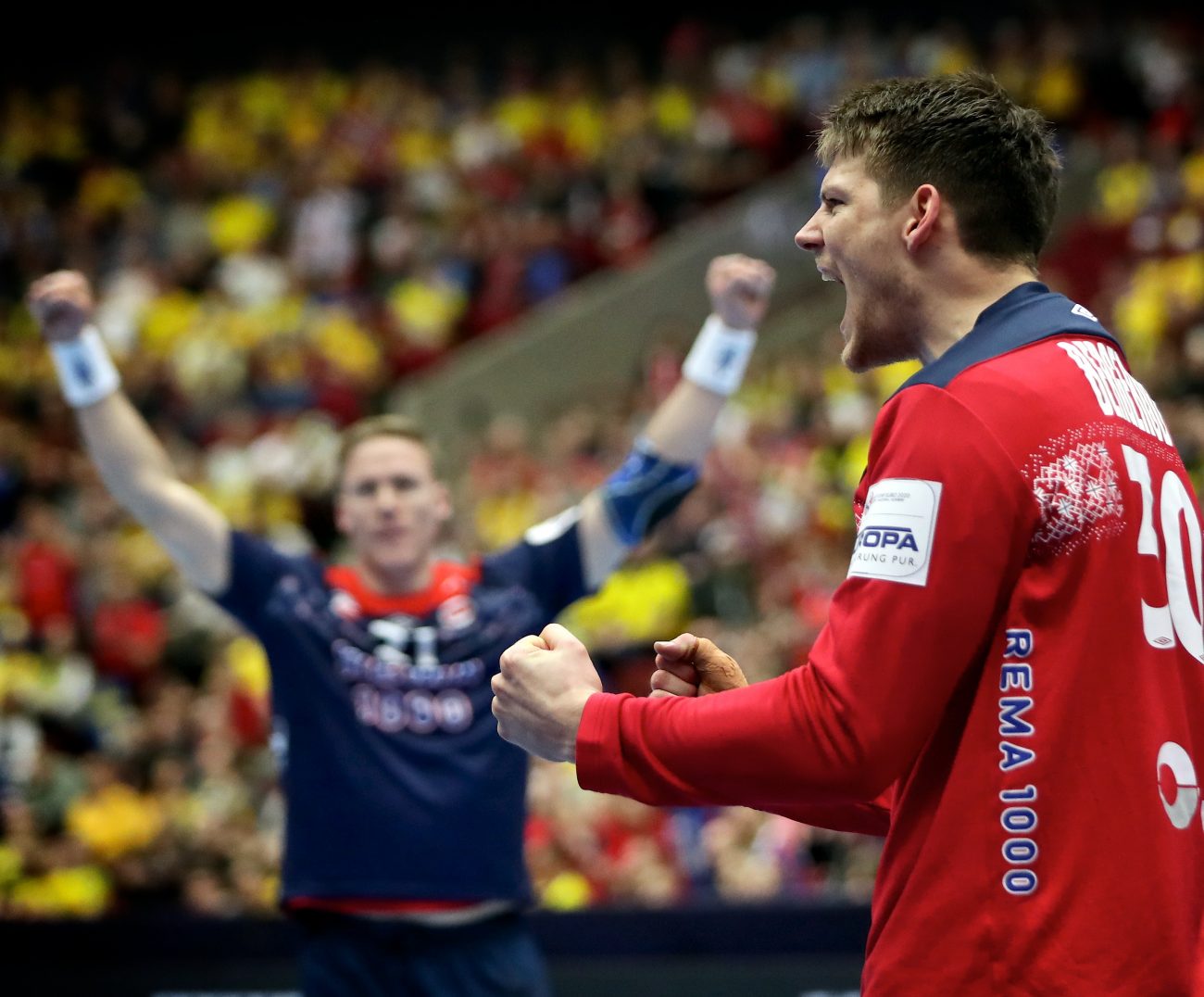 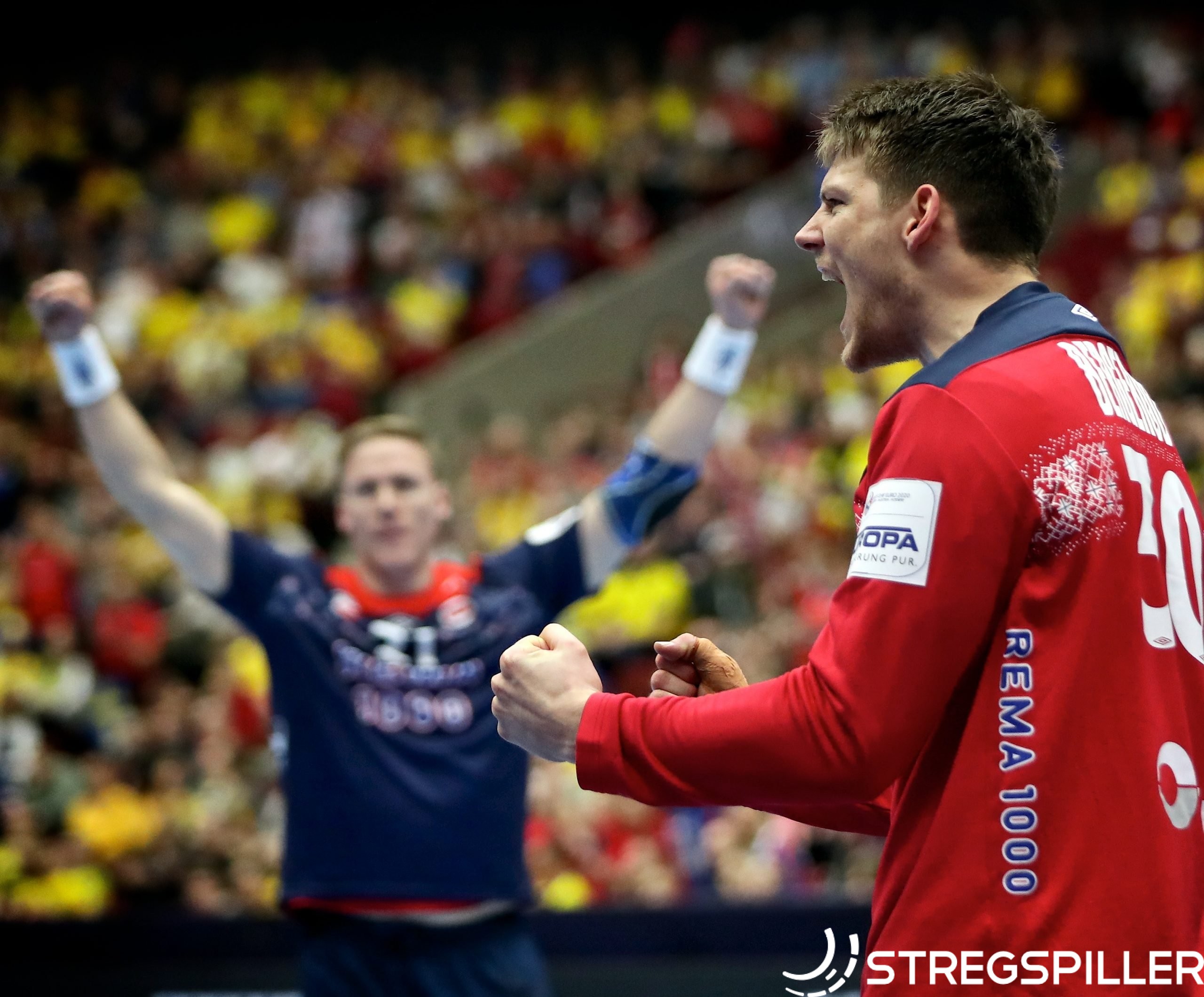 The Scandinavian derby on Sunday evening had Sweden with their backs against the wall, as a defeat against Norway would lead to the elimination of the hosts from the EHF EURO 2020

Elsewhere Slovenia, just as Norway, had the opportunity to move closer to the semi-finals if they were to beat Hungary. And, Portugal were looking to win their fourth match in the competition to keep their dream of a trip to Stockholm alive.

The clash between Sweden and Norway looked like the obvious Match of the Day for the second round of the EHF EURO 2020, in Malmö. But given their positions after round 1, the game between the two teams was even more critical to the hosts as they were facing elimination in they were to lose to their Scandinavian neighbors.

Norway won by three goals (23:20), in a very physical game. Despite Sweden pushing hard in the last minutes of the game, Torbjorn Bergerud managed to keep the Norwegian boat afloat, before Sander Sagosen scored the deciding goal a couple of seconds before the final buzzer. Swedish fans left Malmö Arena  in despair, as their team is now out of competition.

For the first time since Denmark went home, Malmö Arena was jam packed in anticipation of  the Scandinavian derby between Sweden and Denmark. Early on, Norway suffered a major blow, Magnus Rød, suffered a foot injury and had to go back to the dressing room after just four minutes.

Norway probably played their worst half since the beginning of EURO 2020, but managed to go back to the locker room leading by four, after receiving only eight goals. That told you something Sweden’s offense. Albin Lagergren did what he could, but it was enough to get the rest of the back-court going.

The hosts didn’t score once in the last seven minutes of the half, and despite Palicka making miracle saves, Norway pulled away, thanks to goals from Kristian Björnsen and Magnus Jøndal.

Sweden managed to bounce back in the second half, backed by Andreas Palicka. The Rhein-Neckar Löwen goalkeeper kept his team in the game, saving open shots fromt Sander Sagosen and Eivind Tangen.

Unfortunately, the problems on the other side of the court persisted, as Sweden’s struggles in offense continued. As they were unable to stretch Norway’s defense, they were forced to taking risky shots.  And, even when Sweden did find solutions, Torbjorn Bergerud was there, saving penalties and several shots from close range. Only once did Sweden claw back within two, but that was five minutes from the end (22-20) – too late to prevent Norway’s victory.

The Swedish nightmare had a name: Torbjorn Bergerud. The Norwegian goalkeeper delivered a mesmerizing performance, saving two seven-meters throws in the second half, when Sweden were pushing hard. “He’s been phenomenal and kept our head over water, when we were in trouble,” teammate Harald Reinkind summed up.

While Iceland had lost their last two games and Portugal won their previous three – the odds were clearly stacked against the Scandinavians. Did it bother them? Not at all, as they were six goals ahead after ten minutes and with their backcourt scoring 18 of their 28 goals, Iceland won 28:25.  Therefore, Iceland stay in the hypothetical race to the semi-finals.

We have yet to discover what they put in the water during Hungary’s time-outs, or what Chema Rodriguez told his players, but it obviously worked. Hungary were down by three at half-time, not able to do anything against the opposing back-court. Yet, they did it again. Strong defense, Mikler’s saves and another outstanding performance of line player, Bence Banhidi, put Hungary ahead and their semi-final hopes remain intact.

Right now, we face the almost unthinkable – five teams with six points at the end of the Main Round. Will it happen? Probably not. But, in what looks like the most interesting one of the two Main Round groups, the race for the semi-finals will remain open until the very end.

Norway will make a huge step towards Stockholm if they against Iceland, while Slovenia could send Portugal home in the first game on Tuesday. A few hours later, Hungary will play against the eliminated Sweden and from what we’ve seen so far, they could deliver yet another blow to the Scandinavian psyche, while collecting two important points.

“We didn’t have any kind of “big talk” or anything like it before this game. Each player in the team had to find his way to bounce back. This team is like a classroom – everybody is different and, sometimes, there is nothing to be said and every individual has to help himself. Some guys like it loud. Some other guys require total silence and be by themselve. Hopefully we’ll keep this fighting spirit for the next games, but there is no guarantee. Just because we played very well this time does not mean we’ll be able to deliver again, in two days. I am very happy and proud of our performance, especially in defense, in the second half. We saw how secure Portugal plays in the seven-against-six format.  They probably one of the best teams in the world doing that. But, we moved our feet to defend properly, and that’s not easy in the last fifteen minutes of game 5 in a EURO competition.

“Clearly, we did not play our best handball, today. We had a very bad start in the game, made too many technical mistakes and in the end, did not manage to score, when we could. It is, of course, a disappointment, especially as we had the opportunity to have four points. But there is another game in two days. We have no time to be disappointed. We must bounce back.”

“We didn’t say anything special during half-time, just that we had to remain focused and that we had to defend better. But, I don’t know how we managed to turn things around. I was sitting on the bench, wondering what was going on, with all these young players doing an impressive job. Bence is, of course, really important to us, he’s so brave and never lets any chance go to waste. Now, we can continue to dream and that’s what we wanted before this game – to give ourselves the opportunity to dream.”

“I think we played very well in the first half, especially in defense. We knew that Sweden would be pushing harder after the break as this game was very important for them. But, Torbjorn’s performance stood out – he really saved us at various points in the match. The most important thing for us is that we keep on winning.  That’s very important for our confidence.”

“I’m glad I could help the team today, but my defense was really helpful as well. Many of the shots I saved were no easy shots. One day, I perform well, but maybe tomorrow or the day after it will be someone else – so it doesn’t really matter. We know the job isn’t finished yet and we have to carry on in the same way.”

“We played better tonight than we did against Portugal, yet Norway were still the better team. We matched them in defense but we really struggled in attack – we couldn’t get into any kind of rhythm. Now, we are out of the tournament and this is a real disappointment for me and for the team as a whole not to mention our fans. It’s too early to think about what went wrong. I’ve got a bitter taste in my mouth, right now – we all do, but I hope we will be able to bounce back even stronger.”