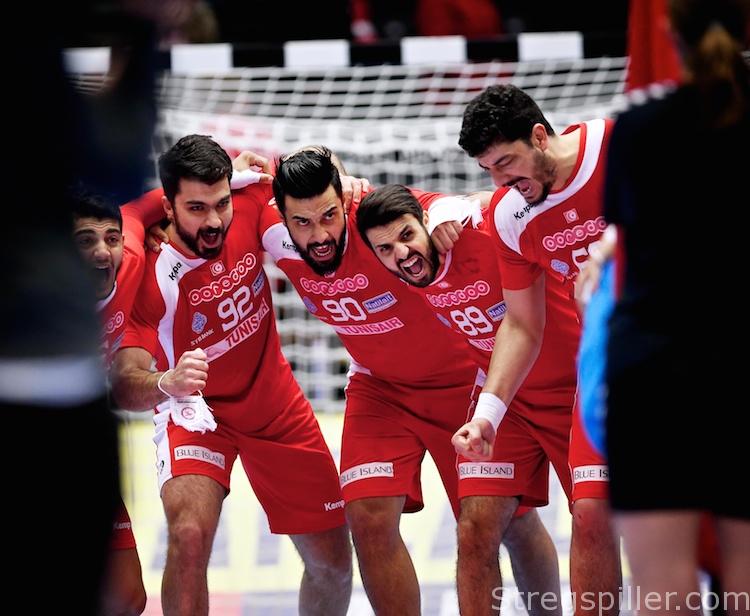 Dreaming of main round berth

MATCH REVIEW – With their first win in the competition, Tunisia entered the race for third place in Group C, a ranking that will qualify for the main round.

Chile could have improved their qualification options for the next stage, but even after staging several comebacks, the South Americans never got near victory.

Tunisia had started World Cup’19 with two clear defeats, against the two favorites in the group.

They lost their opening match against Norway 34:24, followed by an even larger loss versus Denmark, 36:22.

As main round berth is still up for grabs after Austria´s sensational loss to Chile, Tunisia still have a chance to proceed if they can finish their group phase with three wins in total.

This Monday afternoon, in Herning, Tunisia were simply the better team and their win was fully deserved.

But, one could not help but be impressed by the spirit of the Chilean team.  Unfortunately, they did not have the quality to become a real threat to Tunisia who were in control of the match throughout the entire 60 minutes.

Chile reduced the deficit to two goals a couple of times towards the end, but that was all they could do.

From the start of the game, Tunisia were in control, jumping to a quick three goal lead. Thereafter, they kept adding to the score throughout the first half, and every time Chile seemed to be on their way of catching up, they either delivered a poor shot or made a technical mistake.

Playing seven-against-six, Chile caught up towards half time,  down by three goals only.

The pattern from the first half pretty much repeated itself in the remaining 30 minutes,  as Tunisia didn’t allow for more.  Chile simply made too many mistakes to get even.

Midway through the half, coach Mateo Garralda (Chile) called his last timeout, at a point, when his team were down 27:21.  But, Chile did not have what was needed to threaten Tubisia, and in the final minutes of the match the North Africans continued to pull away en route to a six-goal win.

With both teams on two points, they still are in the race for a main round ticket.

Tuesday’s schedule includes more critical games for the two nations, when Tunisia are the odds-on favorites against Saudi Arabia, while Chile won’t stand a chance against Norway.