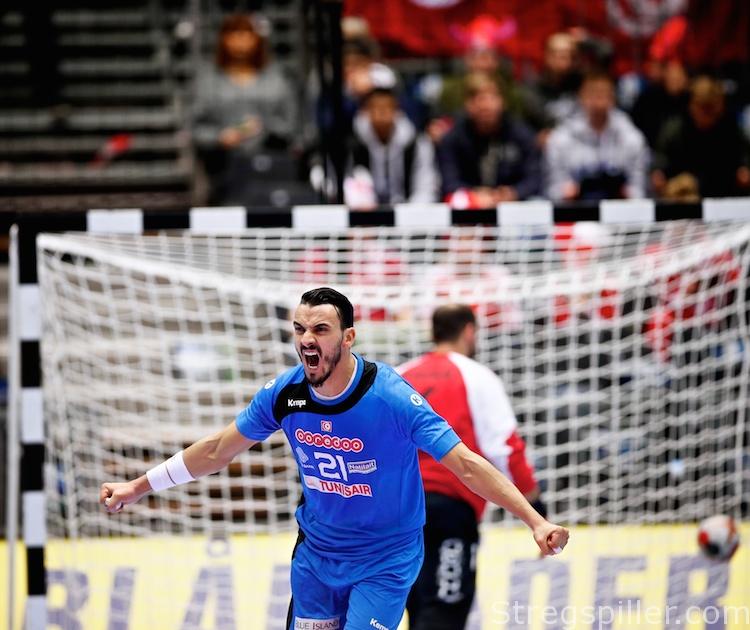 MATCH REVIEW – It took Tunisia almost 30 minutes to get control of the match against Saudi Arabia but when the North Africans did get the upper hand, they left no doubt who would leave the pitch as a winner.

While Saudi Arabia could no longer reach the main round – no one expected it – Tunisia´s 36:30 win against Chile on Monday had opened the door for the North African nation, to proceed to the next stage.

However, Tunisia suffered a setback as their biggest star, Wael Jallouz, had to be substituted along with goalkeeper Marouan Maggaiez, both due to injury.  Still, Tunisia were the favorites.

Saudi Arabia were able to hang with Tunisia for quite some time, courtesy of an aggressive defense and a lack of concentration on Tunisia’s side.

When Tunisia did get a grip on the match, they never let go. Up by four goals at the half, they never looked back.

Tunisia appeared to take control from the get-go as they quickly went up 2:0, while keeping their opponents from scoring for almost eight minutes.

However, an aggressive Saudi Arabian defense soon caused problems, in addition Tunisia missed quite a number of good scoring opportunities.

Goalkeeper, Makrem Missaoui, was the key factor why Tunisia did not fall back further other than a single goal during the first half.  It wasn’t until the end of the half that the North Africans managed to create a substantial difference, as they went from 8:8 to 12:8.

After the break, Tunisia quickly increased their lead to five goals and even though Saudi Arabia ended their goal drought, the y couldn’t reverse course.

Tunisia’s 5-1 defense paid off , and when line player, Jihed Jaballah, made it 22:17 with three and a half minute left to play, it meant game over.

Tunisia will get a final chance to qualify for the main round in their last preliminary round match against Austria, on Thursday.

All Saudi Arabia can look forward to is the President´s Cup.