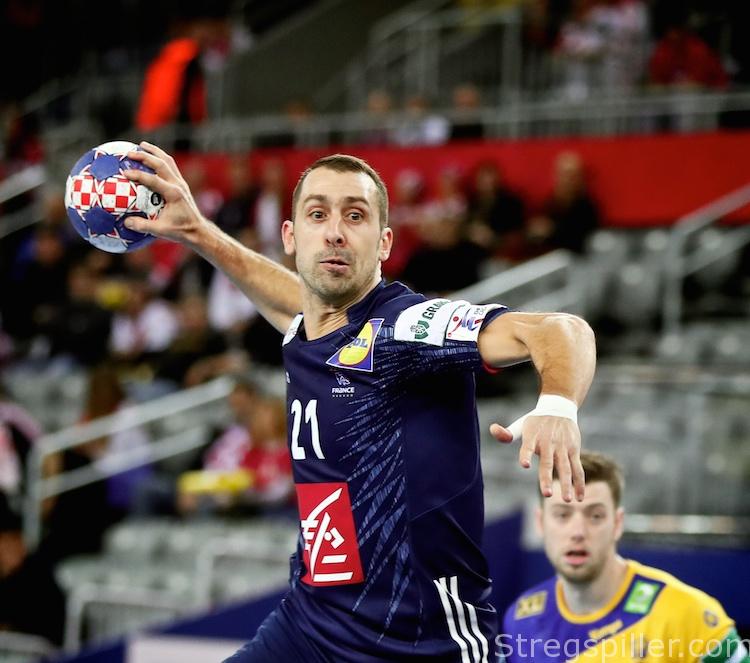 “Two gold medals would be the best way to go”

The EHF EURO 2020 will mark the beginning of  a turning point in the history of French handball.  Three key players – Cédric Sorhaindo, Luc Abalo and Michaël – plan on stopping their international careers after the next Olympics, assuming France will qualify. But, before even thinking about Tokyo, 37-year old Michaël Guigou aims for another gold medal in Stockholm.

One win, one loss during preparation, where do you think France stands right now?

MG:  There is nothing to worry about. We had a great performance against Serbia in the first game, where everyone was able to play. The second outing against Denmark was tighter, as we used the opportunity to try some new things, especially in defense. In the end, we only lost by one, which I think is quite encouraging.

Do you think the team will be ready come Friday?

MG:  I think so. There’s still time to work, time to fix things. We have to be very careful. The first game against Portugal is very important, as this is not a team we can take lightly. Everybody might be tempted to think that a win is a foregone conclusion – it’s not.  For us, taking one game at a time will be the only way to progress in this competition.

Is this something you already told your teammates, with all the experience you’ve got?

MG:  Not really – they’re experienced enough to know what they have to do. Most of them were on the court when we lost against Portugal, in March.  They’ve all been through it and the defeat is not the flavor that you want to taste again.

This will be the last EHF EURO in your career. How does it feel?

MG:  I try to put this thought aside and think about what has to happen on the court.  That’s the only thing I do right now. I’ve lived through so many amazing moments with the national team that I don’t want it to end on the wrong note. I’ll have all the time in the world to look back later, but for now, I’m only thinking about  EURO 2020.

Still, are there any memories that stick in your mind?

MG:  Of course, I think about the title at the 2009 World Cup, when we won against Croatia, in Zagreb. I think, that was the beginning of an era. I also have very fond memories of the 2012 Olympics in London. We were almost playing at home, as the arena was filled with French fans. To be able to pull it off and climb on  top of the podium again, that was something special. To win a title when everybody is expecting you to do it, that’s the hardest thing to do.

Does it mean that winning the next EURO will be easier?

MG:  We’re not the favorite, that’s for sure, but we’re no underdogs either. We’re among a pack of wolves of what I call outsiders, together with Germany, Spain, Sweden. To me, Denmark is on top of the pack at the moment, but the rest is really close. As usual, details will make the difference.

How does the perfect end of your international career look like?

MG:  Two gold medals would be the best way to go. One at EURO 2020, including a direct qualification to the Olympics, followed by gold in Tokyo. Not having qualified for the next Olympics adds a little bit of pressure as we would like to avoid playing a qualification tournament if possible.  I loved playing in front of 14,000 in Paris this past Sunday against Denmark. And, if that was the last time that I entered this court, that would be just as fine.