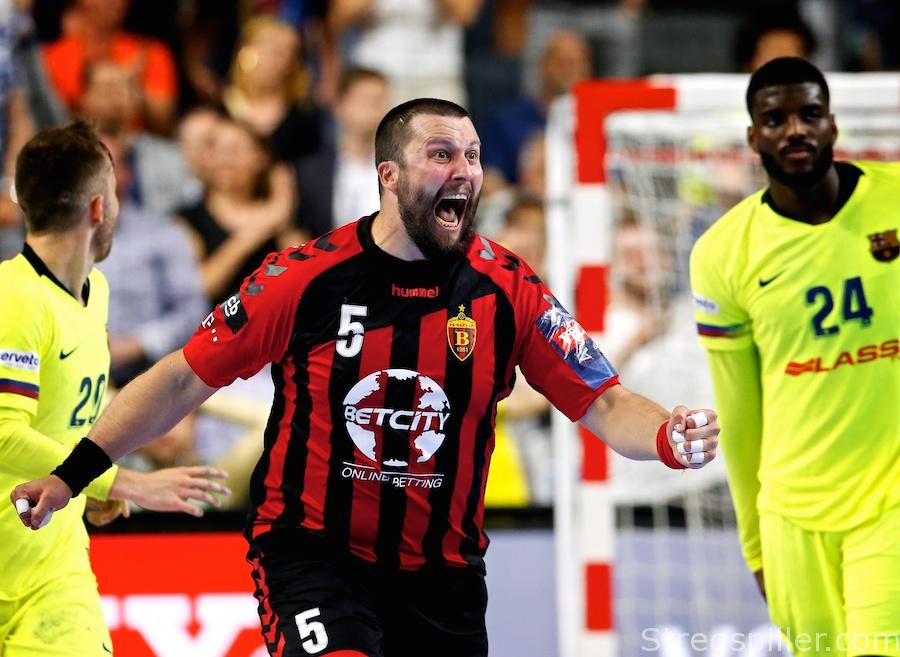 MATCH REVIEW – Despite being seven goals down at half-time and during the first minutes of the first half, HC Vardar managed to pull off an amazing comeback and beat Barca Lassa to the ticket for the VELUX EHF Champions League Final.

Barca simply collapsed at the end against the Macedonian team, who never gave up.

Just like the previous semi-final, the two teams had previous encounters this season.

After being eliminated by eventual winners Montpellier in the Last 16 last season, Barca were celebrating a comeback to Cologne, while Vardar are in their third FINAL4 in a row.

Despite their two wins in the group phase, Barca still had bitter memories of Vardar as the Macedonian side defeated them 26:25 in the semi-final last year.

In the quarter-final, they did not have much trouble with last year’s runners-up, Nantes, who were defeated 32:25 in France and 29:26 in Barcelona.

Vardar won easily against HC Zagreb in the Last 16 before eliminating Szeged on aggregate in two dramatic quarter-finals, in which Vardar won by eight at home and were trailing by nine goals away before being able to limit the defeat to four goals and book a FINAL4 ticket.

Barca had the largest half-time lead any team has enjoyed in the history of the FINAL4, but still they managed to blow it in the second half.

Vardar seem to have a thing with catching up on big deficits. They proved that in their quarter-final tie against Szeged and they certainly did it again in the LANXESS arena this Saturday evening.

After Barca were completely dominant in the first half, practically nothing worked for them after the break, while Vardar’s great morale was rewarded.

“I hope we can surprise Vardar,” said Vardar coach Roberto Garcia Parrondo the day before the semi-final.

He certainly surprise us all by playing seven on six from the start, though he abandoned after just five minutes.

This also made the game go down to a steadier pace than the breath-taking start, but it might seem like a bit of a paradox that Vardar really got in trouble when playing six against six.

Intelligent attacking play from Stas Skube and Igor Karacic was not quite enough, nor was the shooting from Dainis Kristopans, especially as Gonzalo Perez de Vargas stepped up in the Barca goal.

Barca coach Xavi Pascual made use of his much deeper squad, and for instance, he had all his three line players on court within the first 20 minutes.

He got away with every move he made, though, and after 10 minutes, the game belonged completely to his team.

From 4:4. Barca went up 7:4, and numerous great saves by Dejan Milosavljev did not help Vardar either as Barca continued from 10:8 to a 14:8 lead.

Spending two of his three timeouts already before the break did not help Garcia Parrondo either, as Barca cruised to a seven-goal half-time lead.

Barca’s seven-goal lead was the largest gap at half-time in the 10-year long history of the FINAL4, and it was virtually impossible to see how Vardar would be able to come back from this.

However, this was exactly what they did.

It did not look that way at first, though. Barca held on to their seven-goal lead for the first minutes, and no matter what Vardar tried, it did not seem to work.

They even tried a 4-2 defence, which is rarely seen these days. That did not help and neither did playing seven against six again for a short while.

Still, as the second half progressed, Vardar managed to move closer. First, they reduced the gap to five goals, then to four and then to three.

Dainis Kristopans played a big part in the Vardar comeback. Scoring goal after goal while things were looking darkest for his team, not only did he manage to keep Vardar in the game, but also to boost the spirit among this teammates.

10 goals in total came from the huge Latvian right back, but Barca seemed to be in control at 26:22 with 11 minutes left.

After that, they did not score for 10 minutes, however.

All of a sudden, nothing worked for Barca. They were definitely not fortunate with the Latvian referees Sondors and Licis, but that alone does not explain the Catalan collapse in the final minutes.

A red card for Thiagus Petrus with two and a half minutes left obviously did not make things better for Barca, but that cannot explain the way they disintegrated at the end, of course.

From being down 26:22, Vardar scored six goals in a row, and as Kristopans made it 28:26 with a just over a minute left and it was all over.

“At halftime, we agreed that we were far from being seven goals poorer than Barca.

“Considering all the opportunities we missed in the first half, we agreed that the difference should only have been two or three, and as we are a team who never give up, we simply threw our nerves overboard and played our chances.

“Seven goals is nothing to us anymore after our quarter-finals against Szeged, and if we go seven goals down in the final tomorrow against Veszprém, we will come back from that too.

“However, I sincerely hope that we will not fall that far behind again, as it costs a lot of resources, physically as well as mentally to catch up with such deficits!”

“It is hard to put in words right now what went wrong.

“The second half became a messy affair, and we missed a lot of opportunities, which we did not miss in the first half.

“I also think we got some strange goals disallowed and got some peculiar suspensions, but the whole thing is a bit difficult to explain right now.”

In that respect, they can only hope that the calf injury Igor Karacic sustained in the dying minutes is not as serious as it might seem.

At first, it looked like cramp, but only time will tell.

To Barca, the final of Saturday’s losers against Kielce is looming.