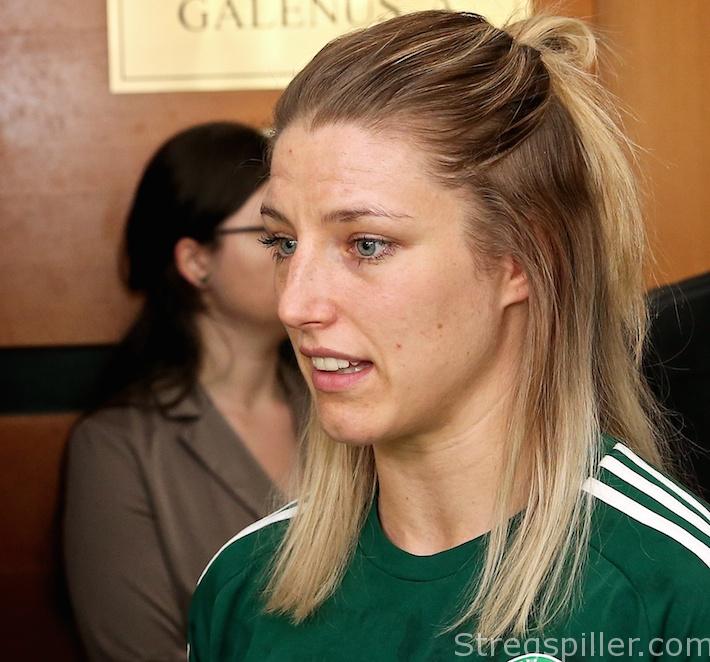 “There have been ups and downs”, admits Groot

INTERVIEW – Dutch international Nycke Groot is taking part in her second FINAL4, and she willingly admits that she sees the chances of success as being considerably bigger this year, as she is playing for Gyor, than two years ago when she represented Danish FC Midtjylland.

“It is great to be back, but I have to admit that it may be more fun than the last time I was here!”

Dutch international Nycke Groot makes no secret of the fact that she finds it more satisfying to be among the favorites than being underdog.  She was certainly playing for the underdogs at her first FINAL4 – and the first Women´s FINAL4 – in 2014.

At the time, she was in the lineup of Danish champion FC Midtjylland, with whom she suffered two clear defeats while finishing in last place.

This time, playing for Gyor Audi ETO, her chances to reach the podium have improved considerably when compared to 2014.

“Of course, it is more enjoyable when you have a real chance to win the competition, and that’s the situation this year,” says Nycke Groot who goes through with the entire interview in fluent Danish – a language she masters completely after playing five years in Denmark, three with Team Tvis Holstebro, followed by five with FC Midtjylland.

She admits that learning Hungarian is taking her a bit longer.  Getting integrated in the Gyor team also took her a while.

“We were several new players, when the season started, and there were many new things to get adjusted to, but everything is working really well now, I feel.

“Still, there have been ups and downs for our team along the way, but I feel, that after the World Championship, things have really been going the right way for us,” she says and continues, that a lot of development has taken place since a nervous squad from Gyor qualified for the Champions League, against Norwegian Glassverket.

“No wonder.  We had only been training together for a month and a half at the time, and as I said, we were many new players in the team, and the pressure was big to qualify for the Champions League.

“However, since the New Year, I think our form has been going upwards,” finds the 28-year-old playmaker.

Few doubt that she is right, after the Champions League quarter-finals where she and her teammates smashed their Hungarian rivals, FTC, 31:18 and 40:23.  Results, that did Gyor extra good after losing the Hungarian championship to FTC last season!

Although she is happy to be back at the FINAL4, there is one thing she could probably do without.

“All this media hype is not really my thing. It has been a bit hard for me to get used to all this attention from the various news outlets.

“However, that is part of it, and I take things as they come.  My over-all feeling is that it is great to be part of the action here again!” she says.

She expects a close semi-final against Buducnost on Saturday afternoon, in Budapests’s Papp Laszlo Arena.

“We played two close matches against them earlier in the tournament, when we won by two at home and lost by three away.

“I think that really small details will decide this match, like which team gets the better start.  I really see the chances as being 50-50 but I can hardly wait for this game to start,” she says.