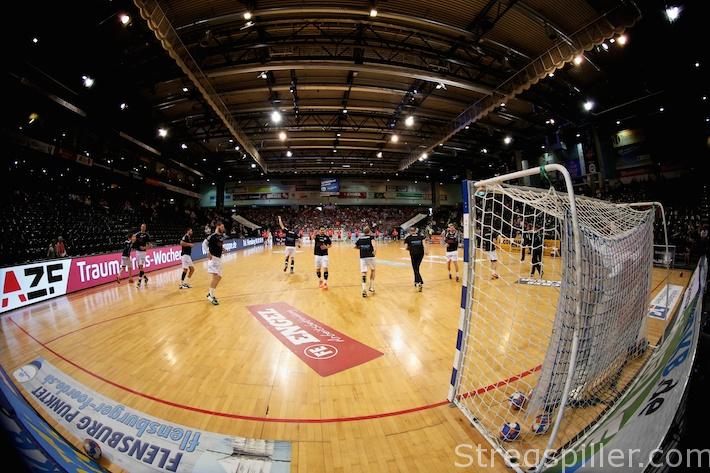 Yes, I know, the league officially started last night when HSG Wetzlar hosted Füchse Berlin in a very entertaining game.  It’s a shame nobody could witness what happened except for the 4,083 spectators on location.  But that’s another issue that I will talk about at a later stage.  Let’s focus on the sport and what the so-called “best handball league in the world” has to offer in 2016/17.

On Saturday, the DKB Handball-Bundesliga really kicks off with five matches, three more will follow on Sunday.  Who’s hot in the 2016/17 campaign?  For sure it’s all about the record champion THW Kiel and what they can offer after a season hampered by injuries, missing key players like Steffen Weinhold or Rene Toft Hansen.

Kiel was able to acquire two of the top five talents in handball, signing Austrian Nikola Bilyk and Sweden’s Lukas Nilsson.  While the long-haired Scandinavian will probably start as a back-up, Bilyk seems like he will play a prominent role right from the start. He offers the full package, can play on multiple positions, scores and assists, and his body looks almost Bundesliga-ready.

But this time Kiel is the hunter, not the hunted.  Rhein-Neckar Löwen won their first ever league title in 2016 and while all the pressure is off the shoulders of Andy Schmid and friends, they will miss the leadership of long-time club icon Uwe Gensheimer, who joined Paris Saint-Germain.  The Swiss playmaker will need to stay healthy if the club from the south of Germany is looking for a repeat.

The SG Flensburg-Handewitt is the third team looking to finish on top.  Ljubomir Vranjes has to integrate only one player into his complex system and can rely on many veterans with a lot of quality and a deep roster.  Still, Rasmus Lauge has to come back rather soon after his knee injury – he is the new leader of the team.

All three clubs are capable of finishing first.  In Flensburg it appears like the window of opportunity is closing a bit on a rather old, but obviously experienced team.  Rhein-Neckar Löwen need Schmid to be available in all league games to have a real shot at defending their title.  I put my money on Kiel, just because, I think Bilyk will be an absolute stunner.

Two teams are set to finish in fourth place, either MT Melsungen or the Füchse Berlin.  Melsungen have to rely on superstar goalkeeper Johan Sjöstrand for a few games, which could be a lot to ask for.  Berlin, meanwhile, has bolstered their already strong back-court with German international Steffen Fäth. Remember, Paul Drux, Fabian Wiede and Petar Nenadic were already on the roster. Impressive.

The rest of the teams in Germany’s premier league have to say “good bye Europe”, even before the season has started?  It sure, looks like it.

Frisch Auf Göppingen, SC Magdeburg, Hannover-Burgdorf and Gummersbach as well will make a run for 6th place, and I’d be heavily surprised if any of them cracks the Top 5.  Wetzlar would have been on this list as well, but losing two starters, Max Holst and Philipp Pöter, because of long-term injuries might cause even more trouble than many expect.

To assume that the rest of the league will fight against relegation might be a bit too far-fetched, but honestly I can’t imagine Bergischer HC, newly promoted HC Erlangen or TBV Lemgo having established themselves in the first half of the standings by season end.  And Leipzig, although the club signed two internationals  (Andreas Rojewski and Niclas Pieczkowski), won’t be underestimated anymore.

That leaves four clubs on my list trying to avoid going down to Bundesliga’s 2nd division. HBW Balingen-Weilstetten – they signed Pascal Hens and Matthias Flohr, both are closer to the end of their careers than the beginning – and the same goes for Michael Kraus, who joined TVB 1898 Stuttgart.  The comeback “kids” from GWD Minden field a rather old team as well.

Then there’s newly-promoted HSC 2000 Coburg, making it to the first league for the first time ever.  The most known figure at the clubhouse is coach Jan Gorr, which says a lot about his roster.  It would be a huge shocker if the team remains in the DKB Handball-Bundesliga.  My guess is Minden will join them on the way down, while the third demotion will be a close fight between Balingen or Stuttgart.

No matter the outcome of the league, it’s a sure bet we will enjoy a spectacular nine months of handball.  New young players like Bilyk, Wiede, Kohlbacher or Suton are ready to rock the arenas and familiar faces like Duvnjak, Andersson or Schmid are eager to return to glory.  But while the usual suspects are going to celebrate, don’t forget that not only top teams offer great performances – fighting for relegation can sometimes be even more enjoyable.