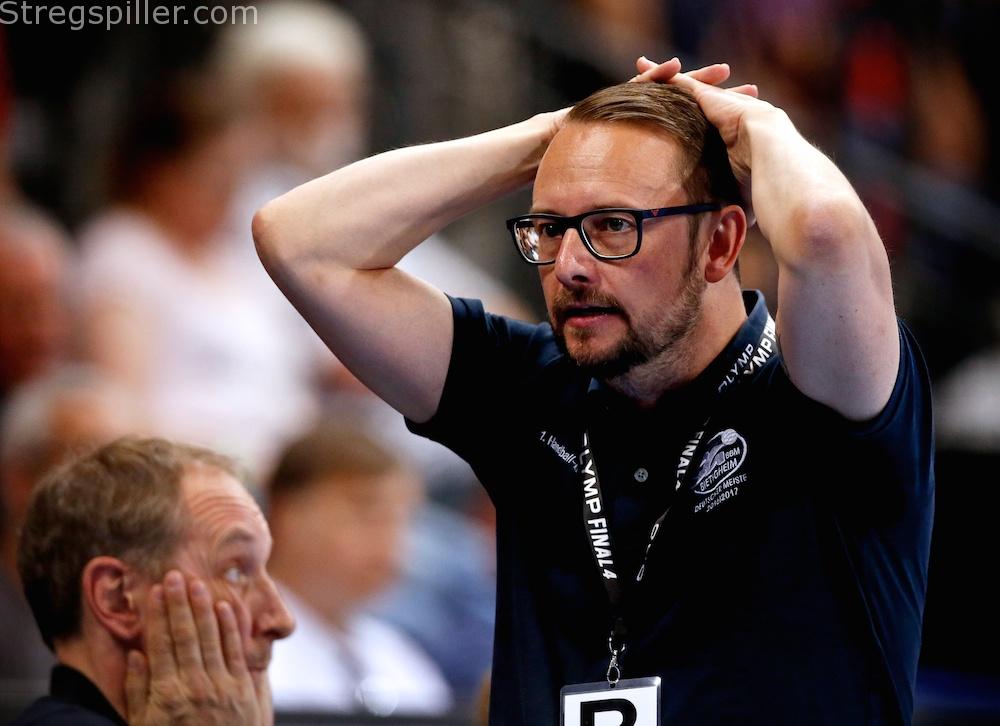 It’s early in the season and both teams have maintained a clean record in their respective domestic leagues, thus far.

Yet, Ramnicu Valcea already scored big points when they defeated the reigning champion, CSM Bucuresti, on September 21 in a hard fought contest (20:19).

Bietigheim’s first stress test dated all the way back to the HBF Super Cup (August 31st), when the German champion defeated the 2019 Cup winner, Thueringer HC.

The team of head coach, Martin Albertsen, had arrived in Valcea without line player, Luisa Schulze. A finger injury prevented her from making the trip to Romania.

In a fast paced, at times hectic, match Valcea quickly jumped to a 5:2 lead, an advantage the team of coach Florentin Pera, only surrendered for two minutes in the first half. After the break the Romanian team went on a tear, created a five-goal lead (38th minute) and never looked back.

A very well attended Traian Sport Hall created the noisy backdrop for the very first match of the 2019/20 DELO EHF Champions League season. Backed by a vociferous crowd, the home team quickly led by three goals (5:2, 6th minute) before the visitors began to claw back.

The two Dutch internationals, Laura van der Heijden (8) and Angela Malestein (7), were the key players that kept Bietigheim in the game, before coach Albertsen had seen enough and called for his first team timeout (17th minute). The measure worked – Naidzinavicius & Co went on a 5:1 run and by minute 23 Angela Malestein had arranged for her team’s first lead in the game.

From the perspective of the German champion, the successful streak lasted only six minutes before Valcea turned matters in their favor once again. At the half, the home team was leading 20:18 in a high scoring match.

Kristina Liscevic, the Serbian playmaker, continued where she left off before the break, when she scored the first goal in the second half. And, for the next ten minutes or so, it was her and Brazilian international, Samara da Silva Vieira, who completely dominated the scoreboard, extending Valcea’s lead to five.

Although, coach Albertsen’s next two timeouts did not produce the same results as the one in the first half, Bietigheim fought back and found themselves down by three goals only (50th minute). Yet, Valcea kept their focus and punished each and every mistake of their opponent, as they settled the score 34:27.

Missing an experienced player like Luisa Schulze was a handicap – not doubt about it.

Still, her absence was not the only reason that explained Bietigheim’s loss in Romania as several other factors played a role as well.

For one, goalkeeper Dinah Eckerle couldn’t get her hands on the ball in the opening phase of the match (Valentyna Salamakha replaced her after 9 minutes, before she returned for the second half)) and in offense Kim Naidzinavicius struggled. Nothing went her way, simply put. A penalty shot in the 24th minute remained her only goal in the match, while shooting 0/2 from the field. Better days will be ahead for sure.

As Malestein and Van der Heijden inflicted most of their damage in the first half, Maura Visser and Karolina Kudlacz-Gloc had tough time to get their game going throughout, against a very aggressive Valcea defense. A flawless Antje Lauenroth (3/3) and a strong performance of Maren Aardahl (4/6) on both ends of the court made sure that Bietigheim stayed in the game – at least for 50 minutes.

On the other side, Valcea almost drew no blanks as Liscevic, da Silva, Fernandez, and Norgaard were all shooting at 80% or better.

Yuliya Dumanska’s performance in goal during the first 30 minutes was indifferent, but Montenegrin Marta Batinovic (50% saves) stepped up big in the second half, stopping a number of close range shots. Add to it a very mobile and insistent defense and you’ll get the picture. In fact, Valcea’s 6:0 defense often looked more like a 3:3 formation in its most aggressive version.

It wasn’t a moment, but the first ten minutes in the second half laid the foundation of Valcea’s success in game one of the 2019/20 DELO EHF Champions League season.

The aforementioned Liscevic and da Silva were unstoppable during this phase of the match and created a five-goal lead that Bietigheim could not catch up to anymore.

The two Serbian referees, Vanja Antic and Jelena Jakovljevic, were struggling at times to find a consistent line when making their calls. Yet, it was not their decisions that made the difference between Valcea and Bietigheim, on this Friday evening.

In Round 2 of the DELO EHF Champions League season, Valcea will hit the road and visit Brest Bretagne (October 12), while Bietigheim will face a much improved ZRK Buducnost at home, on Sunday, October 13th.