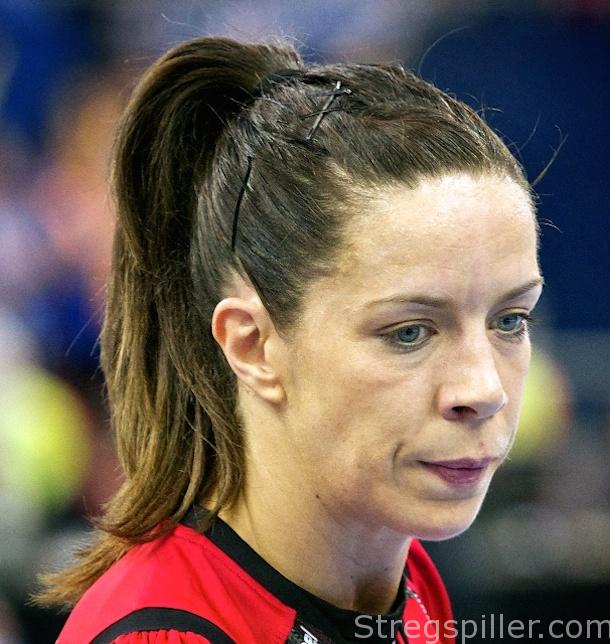 It’s only 120 km on E60 from Gyor to Budapest, the capital of Hungary and temporary home of the women’s MVM EHF Champions League Final 4 tournament. But this year, Europe’s dominating women handball team of the previous two seasons will not make the trip.

After winning the inaugural Final 4 event in 2014 not much had gone right for coach Ambros’ team. Following the pregnancies of goalkeeper Kathrine Lunde and playmaker Anita Goerbicz at the beginning of the 2014/15 season, Brazilian national left-back “Duda” Amorim tore the ligaments in her left knee right before Christmas while right-winger Adrienn Orban and re-placement keeper Jelena Grubisic extended the injury list even further.  Susann Mueller who had joined the Hungarian champion to fill the vacancy that Katarina Bulatovic had left, suffered a finger injury of her own and struggled otherwise in trying to find her comfort zone in Gyor’s degraded back-court.

“If life deals you lemons, make lemonade.”  This or similar sayings must have gone through the mind of Ambros Martin more than once as he was trying to make the most out of an increasingly difficult season. Eventually, Gyor suffered their first loss at home against long time rival Larvik HK, followed by another defeat abroad a few weeks later against the same team. Even a hastily arranged transfer of Norway’s national goalkeeper Kari Alvik Grimsbo from Team Esbjerg (Denmark) did not much to change the odds.

On April 11th, Gyor’s Champions League journey came to an end in the quarter-final round against ZRK Vardar. Within a week, the All-Star squad from Macedonia had dethroned the reigning champions. Following a convincing six-goal victory at Jane Sandanski Hall in Skopje, the team of head coach Indira Kastratovic scored a draw in the return match in Hungary. No small accomplishment given a rather bleak outlook only some weeks earlier.

Following a dismal start in the Champions League main round in January, ZRK Vardar hit rock bottom in their away match versus Dinamo Sinara, losing 33:25. The defeat in itself was not nearly as surprising as the way it occurred. Newly hired consultant coach, Jan Pytlick witnessed an uninspired and appalling performance, riddled with errors that led to a record high of 19 turnovers. Macedonia’s top team displayed weaknesses in almost every department.  A flat-footed defense was mirrored in offensive plays that lacked organization and structure. In retrospect it was Vardar’s low point of the season.

Much has changed since. For one, Vardar did not lose another game and match statistics have improved steadily. One of the players reflecting this process for the better is Anja Althaus. Following the long-term injury of Begonia Fernandez her main task has been anchoring Vardar’s central defense. But more recently the veteran German line-player is utilized in the club’s offense as well with much success. Increasingly Andrea Lekic and Andrea Penezic have been feeding the handball to Althaus, adding a missing dimension to their plan of attack. Whereas Vardar’s line-player had scored only four times in the pre-Pytlick era, since his arrival Althaus has recorded an additional 19 goals. Coincidence?  Hardly – in Peter Bruun’s recent article for ehfcl.com, Denmark’s former national coach acknowledges “having had impact in Vardar next to many others” – a polite but modest assessment of his work.

Other elements of Vardar’s game have strengthened as well. In offense for example, where crisp ball movements have replaced dribblings around the nine-meter line that all too often were reminiscent of athletes in basketball, setting up their plays.  It’s all part of the “new” Vardar.

The individual class of Siraba Dembele, Jovanka Radicevic or Andrea Penezic, to name a few, has always been indisputable. In the two quarter-final matches against Gyor, Vardar was able to not only demonstrate its evolution as a handball team but prove its mental resilience in a do-or-die situation, in front of one of handball’s toughest crowds, as well.

There is much to look forward to in the upcoming MVM EHF Final4 tournament – Vardar 2.0 is certainly one, very good reason to make the trip to Budapest.

“An army of sheep led by a lion is better than an army of lions led by a sheep”.