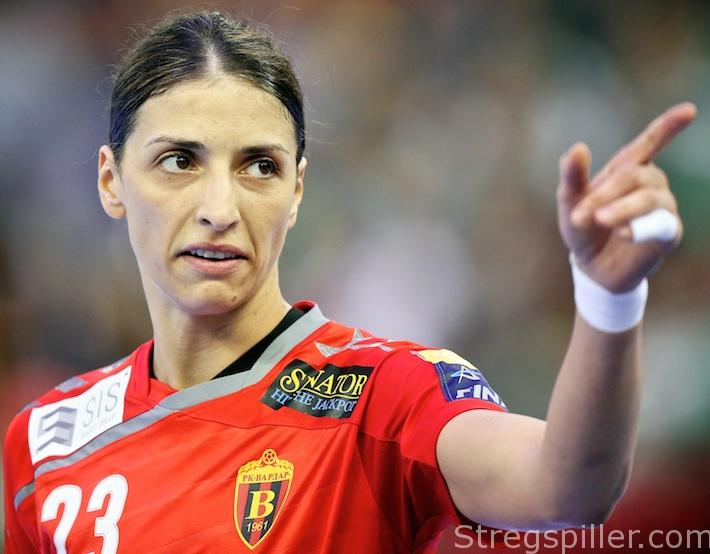 Vardar and the curse of third place

HC Vardar have been extremely consistent over the past three years – more consistent than they like.

For the past three years, the Women´s Champions League has finished the season with a FINAL4 tournament.  On all three occasions HC Vardar have finished third of the four participating teams at the Papp Lászlo Arena, in Budapest.

No doubt, many clubs would be very content of finishing third among the best female teams in the world.  But for an organization with Vardar´s ambition, three consecutive third places are just not good enough.  Simply qualifying for the FINLA4 for the fourth time won’t do it for the Macedonian powerhouse.

They will have a strong desire to finish better than that – preferably on top of the podium.

In order to get the most out of the 2016/17 Champions League season, further reinforcements have been brought in.

Along with experienced Vardar profiles such as Andrea Lekic, Jovanka Radicevic and Andrea Penezic, they are expected to lift Vardar to the absolute top of European handball. But can they do it?

The start to the tournament this season will be fairly easy for Vardar.  FTC – better known as Ferencvaros – from Budapest will be their only real rival for first place in Group B.

Being in the same group as the Russian champion normally demands respect, but the reigning Russian titleholder, Astrakhanochka, is not posing a serious threat after a mass exodus of players over the summer.

And German wildcard team, HC Leipzig, does not appear to be a real threat to Indira Kastratovic´s team either.

Looking ahead to Vardar’s main round group, they will probably be in direct battle for first place with Buducnost, a squad they defeated 30:28 in the match for third place at the FINAL4 of last season.

If Lekic & Co. manage to win that game again – and I think they will – it’s very likely that we will see a remake of last season´s quarter-final against Larvik.  At the time, Vardar smashed the club from Norway at Jane Sandanski arena.

If the squad from Macedonia makes it that far, the road to Budapest will be wide open.

The new players may have made Vardar less dependent on the performances of the “two” Andrea’s – Lekic and Penezic – and Vardar are definitely contenders for the title this season.  But they are not amongst the top favorites to lift the trophy in Budapest on Sunday, May 14th, 2017.

Vardar will make it to the FINAL4 for the fourth time in a row, but I cannot see that they will be able to break the curse of third place.

Actually, it’s real hard to pick three outstanding names from Vardar’s all-star squad, but Andrea Lekic is one player that has to be mentioned.

The 29-year-old former Serbian international – “former” only because she does not want to play for Serbia at the moment – is a key player for Vardar.  Her teammates will need her experience, her talent of reading the game as well as her shots and passes in order to be successful in this Champions League season.

The arrival of the 29-year-old French international is one of the main reasons why Vardar will no longer depend so much on the shooting abilities of Lekic and Penezic.

If Lacrabere can do as well for Vardar in the Champions League as she did for her country, when France won the silver medal in Rio, they have something to look forward to in Skopje.

We might as well have picked Jovanka Radicevic (right-wing) as a name to be mentioned here, but Camilla Herrem, who is returning to the Champions League after one year with Danish Holstebro, is preferred, because of her speed that she will bring to Vardar’s game.

The 30-year-old Norwegian international´s varied shots from left wing will also add to the quality of Vardar’s attacking play.  She is the best replacement by far that Vardar could get for Siraba Dembele who left for Rostov-Don.