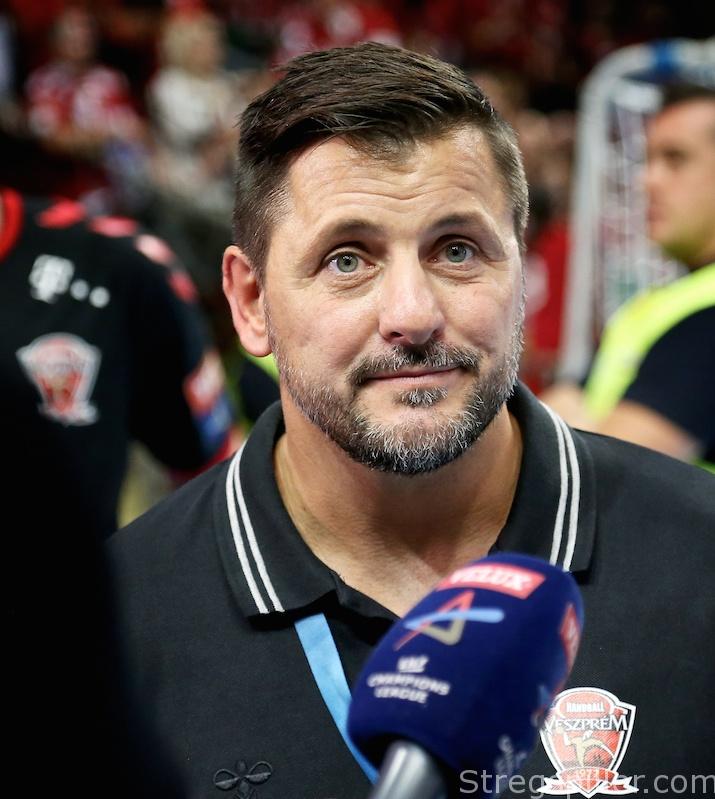 Vardar and PSG lead the pack

Round eight in the Men´s Champions League saw ruling champions Vardar Skopje extending their lead in Group A, and so did Paris Saint-Germain in Group B.

HC Vardar from Skopje and Paris Saint-Germain are running away from the other teams in their respective Champions League groups.

Both teams booked crucial wins in their matches this past weekend; Pick Szeged finally won a home game while Kiel got their revenge against Celje.

Winning by five goals in Veszprém – without Mikkel Hansen – is some kind of an achievement.

I probably was not the only one who had high expectations before this match just one week after PSG’s 33:28 victory at home against the Hungarian powerhouse.

I would not say that that the encounter between two of the very best teams was a disappointment – at the very least we got a game that changed from total Veszprém domination to PSG being in charge all the way to the end.

From the beginning, Veszprém was looking for revenge, steamrolling their opponent.

After 11 minutes the home team was leading 8:3, and the atmosphere among the 5,000 supporters in Veszprém arena had reached a boiling point.

At that point, however, Thierry Omeyer started to save shots, paving the way for a stunning PSG comeback.

Already at half time, the visitors had leveled the score, and the second half turned into one big PSG show, more or less.

Ten minutes into the second half, Nikola Karabatic had arranged for a two-goal advantage (16:14) and from then on, the French were dancing “Can-Can” all over the pitch.

With two minutes left to play, PSG coach Zvonimir Serdarusic told Mikkel Hansen to get ready but Hansen never made it on the court.

He asked Serdarusic as well as assistant coach Staffan Olsson what was going, apparently without getting an explanation.  Understandably, the Danish superstar was frustrated in the middle of all the PSG euphoria.

PSG now appear to be the sole favorite winning Group B and skip the Round of Last 16, while Veszprém are down in third position, three points after PSG.

This past week was certainly not one, Nikolaj Jacobsen and his men will be looking back at with great pleasure.

After the crazy weekend one week ago, when they won 29:23 away against Leipzig in the Bundesliga, on Saturday, followed by a draw (26:26) in Barcelona 24 hours later, it went downhill for the German champions.

A 29:26 defeat against Melsungen in the domestic league followed a four-goal loss in the Champions League in Skopje.

For once, Jacobsen beloved seven-against-six tactic was not successful.

Much to the satisfaction of 5,500 enthusiastic spectators at Jane Sandanski, Vardar were dominating most of the time, leading by seven goals several times.

Jacobsen’s defense had particular problems with Vuko Borozan – Vardar should consider itself lucky that the sharp-shooting Montenegrin left back has decided to stay in Skopje.

Being four points ahead of Rhein Neckar Löwen, Vardar seem to be heading for the group win, as the defending Champions League winners continue, where they left off last season

Even though the Bundesliga has top priority for German teams, not making it to the knockout phase of the Champions League would be humiliating for Kiel.

A scenario no longer unthinkable after Celje´s sensational 29:26 win at Sparkassen Arena, last Sunday.  Another North German defeat would be disastrous to THW.

As it turned out, Kiel managed to avenge the loss a week ago, courtesy of a buzzer beater from Niclas Ekberg, in a game that Kiel appeared to be in firm control of, as they were leading 9:4 and 13:8 in the first half.

Niklas Landin showed another brilliant performance in goal and on the other end of the court, his teammates made good use of their opportunities.

But already at half time, the host had caught up and reduced the gap to just one goal.

Celje even led once, at 19:18, and Kiel never managed to shake them off entirely until that happy ending when Ekberg beat the buzzer.

Borozan was crucial to Vardar’s victory this weekend.

With his well-placed shots and seven goals, Borozan played a significant role in sinking Rhein-Neckar Löwen.  And as mentioned above, Vardar must consider itself fortunate after having secured this jewel of a handball player for some time.

At the age of 23, he should only become better.

In Group A, it is easy to pin point the Match of the Week of the next round.  Rhein-Neckar Löwen will be receiving Vardar on Sunday evening – a timely opportunity to avenge the 30:26 defeat in Skopje.

Barcelona will have to rise in a hurry if they want to succeed on the road, this time against Zagreb, while Nantes are the obvious favorite at home against Wisla Plock.  Szeged will try to build a winning streak in Kristianstand

In Group B, the most interesting match will take place in Kielce where the Polish champion will host PSG.

Kiel are the favorite at home against Meshkov Brest, and so are Veszprém away against Aalborg, while Flensburg will face a more difficult match in Celje.