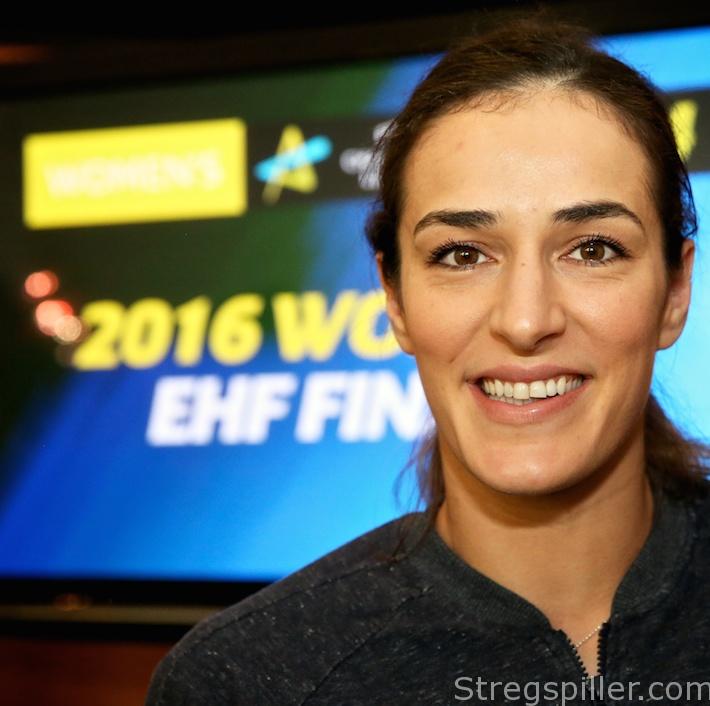 Vardar had absolutely no problems in their second match of the group phase, their first game after sacking head coach, Indira Kastratovic.

Even without injured Andrea Lekic, Vardar set the tone from the start and cruised to a huge win at Jane Sandanski, where 3,500 spectators enjoyed a fine Friday night.  The German wild card team was no match for the Macedonian all-star crew.

Vardar came off a disappointing – and in the end fortunate – 27:27 draw at home against FTC Budapest, while Leipzig had lost 31:28 on the road against Russian Champions League debutant, Astrakhanochka.

Club owner Sergey Samsonenko had placed himself on the bench for Vardar´s first match – Ace Stankovski worked as the official coach – after firing Indira Kastratovic earlier in the week.  That’s the privilege of an owner.  He can play with his own toy if he wants to.  Aside from changing their coach, Vardar were still missing playmaker Andrea Lekic due to injury.

Sanja Damnjanovic was one of the beneficiaries of the change on Vardar’s bench.  She got more court time than she is accustomed to, and she used her playing time well.

Vardar had the better start and went ahead 7:1 and 11:4.  But for the rest of the first half, Leipzig managed damage control, to a certain extend, and limited the deficit to five goals at half time.  Vardar’s defense was lacking concentration, all of a sudden.

Mayssa Pessoa replaced Amandine Leynaud in Vardar’s goal at the start of the second half.

This appeared to be more a wish from Samsonenko to use his bench rather than a disappointing performance of Leynaud – letting in 14 goals before the break.

But it did not matter which players the home team had on the pitch.  They simply outran and outplayed their opponents completely in the last 30 minutes.  Already nine minutes into the second half, Leipzig coach Norman Rentsch took his last timeout.  It did not help.  Instead, Leipzig’s game deteriorated even further in the last 20 minutes of the match.

Was it the shock effect of Kastratovic’s dismissal that did it for Vardar?  Of course, you cannot say that it did not play any part, but this Vardar team – even without Lekic – should always be able to win decisively against a team like Leipzig.

Bottom line – Vardar and FTC are the two strongest teams in this group; Astrakhanochka and Leipzig will fight for the last main round spot – just as predicted.