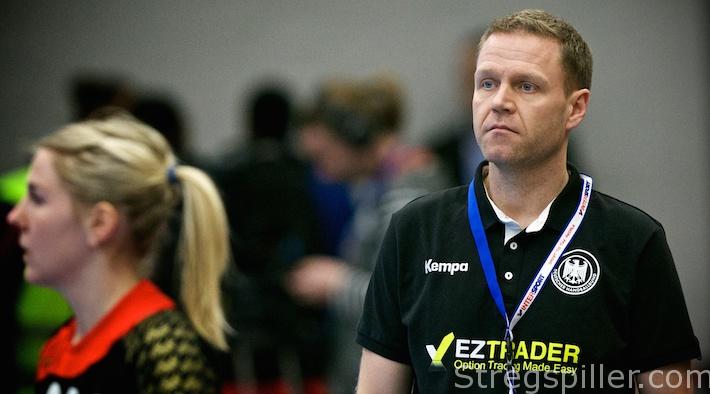 Vestergaard could not resist the challenge

INTERVIEW – Jakob Vestergaard talks to stregspiller.com about being the third Danish coach in a row at Women’s Champions League winner CSM Bucuresti and about their chances to defend the trophy.

The Danish “tradition” continues at CSM Bucuresti, when Jakob Vestergaard was introduced as new head coach at the Romanian club.

The 41-year-old, who has won the Women´s Champions League with Viborg HK, twice already, is succeeding fellow Dane, Kim Rasmussen, who led CSM to their highly surprising Champions League triumph this past season.  Earlier in 2015, Rasmussen had replaced Vestergaard´s former assistant in Viborg, Mette Klit.

“Challenge is the first word that comes to mind,” says Jakob Vestergaard, when asked what made him accept the job at the ruling Champions League winner.

“Another reason is the fact that I like being a club coach and being able to work with the players on a daily basis – an opportunity you obviously do not have as a national team coach,” says Jakob Vestergaard, who is joining CSM after an unsatisfying year leading Germany´s female national team.

“Of course, it was tempting to be back at the top of European club handball, furthermore, I knew the club from my last time there, and I felt very well last time, I was in Romania – so I did not mind going back again,” he says, referring to his recent history, when he was technical director at CSM from 2014 to 2015. And before that Vestergaard was head coach at yet another Romanian club, Oltchim Valcea.

He reveals that taking over the hot seat at CSM has been in the making for some time.

“At first, I had to say “no thanks”, as the job of German national coach had come up in the meantime, but this time around, I was ready,” explains Jakob Vestergaard, who admits that the challenge did not exactly get smaller with CSM being defending Champions League winner in the upcoming season.

“I realize that there are some expectations, and there is a certain pressure, but that pressure would always be there.

“We always would be expected to perform well in the Champions League, considering the squad we have.

“I know the president and the manager from way back; I know what they look forward to, and I am okay with it,” says Jakob Vestergaard, who anticipates his new squad amongst the top teams of the 2016/17 Champions League edition once again, if not on top of the podium one more time.

“In my opinion, there are six teams who have a realistic chance to win the Champions League next season.

“The four teams who were in the FINAL4 in May (CSM, Gyor, Vardar and Buducnost) are among the favorites again.

Apart from those clubs, I see Rostov-Don as a hot contender, not the least because they have gotten badly needed reinforcement on the right-back position.

“I also think we may see FTC Budapest making a run again.

“They have reinforced their crew considerably by signing Dutch line-player, Danick Snelder, and I expect them to play a an important role in the Champions League.

“Regarding our own team – I think we will be at least as strong, as CSM were this past season.

“However, we will have our preparations smashed by the Olympics.”

“I know that our Champions League rivals will also be sending players to Rio, but none of them are undergoing as many changes in their squads as we are.

“We are replacing five players compared to the previous season, and it is true challenge to integrate so many new actors in a team,” says Jakob Vestergaard, who mentions that the short time to prepare for the 2016/17 season with his entire squad is yet another difficult situation.

Seven-against-six not that prevalent after all

By now, probably all readers know of the much debated new rules that will be implemented this coming season, with the Rio Olympics being the first event that will see modified regulation in use.

Adjusting for these changes will inevitable play a big part in all teams´ pre-season training, and the less time a club has to prepare, the more difficulties the squad will face in due course.

The “seven-against-six” play, without the additional attacking player wearing a goalkeeper shirt is not only the most controversial rule among all the new regulations from the IHF, it is also a modification that is expected to influence the nature of the game of handball the most.

“Of course, we will all be glued to the TV screen for the broadcasts from Rio, as the competition marks the beginning of the new rules.

“However, I played a tournament in Norway with the Germans last year, where this rule was used, and I am not sure it will be as prevalent as some people seem to think – at least not in women´s handball.

“Systematically, this way of playing is not all that easy to execute, especially in women’s handball, so I am not sure how often we are going to see it.

“Personally, I am also not sure how much we will practice “seven-against-six” ourselves, but it is obvious that we will have to know, how to defend against it.

“I am going to have all my players gathered for a week, before we have our first real test of the season – the Romanian Super Cup against Roman.

“There is no doubt that we will use this time together, to find ways of defending against that system,” says Jakob Vestergaard.

The Danish coach with the best chances

This upcoming season, we will see four Danish coaches in the Women´s Champions League – Lars Frederiksen and Helle Thomsen of the two Danish participants (Esbjerg and FC Midtjylland), as well as Jan Leslie (Rostov-Don) and Jakob Vestergaard (CSM Bucuresti).  Which Danish coach has the best chance to win Europe’s premier club competition?

“That is a really good question.

“Obviously it must be a race between Jan Leslie and myself, and I actually think that I stand a better chance.

“I know people say that it is difficult to become back-to-back champion, but I have accomplished it myself, Buducnost have done it, and so have Gyor – so why shouldn´t we?” asks Jakob Vestergaard, who is quite sure that his future is in coaching club handball and that his days as national coach are over – for now.

“I prefer being able to work with my players on a daily basis.  You have this opportunity only at a club, but not as a national team coach,” says Vestergaard who denies that he is contemplating the possibility of becoming Denmark’s next national coach.

“I do not think I am candidate for this position, and besides, it cannot be combined with a job as club coach.  So, I think my free time should be spent with my family.” he says.