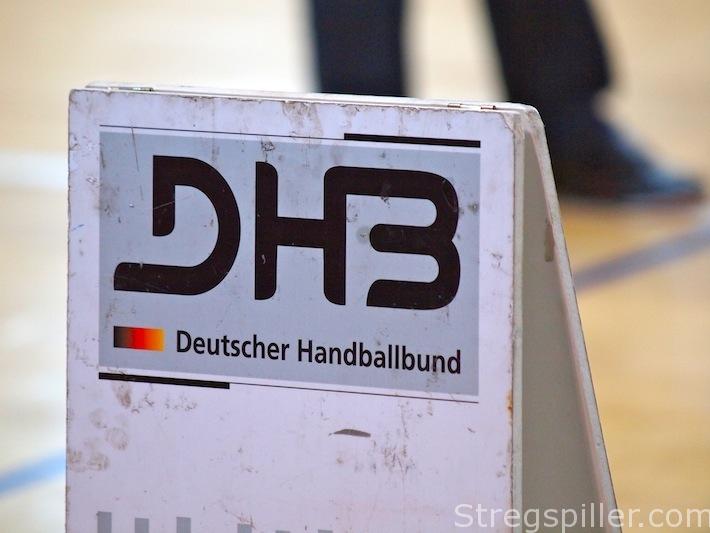 Germany´s Danish coach claims that his team has landed in the most diffficult group at the 2015 World Championship, but he still believes in a ticket for the knock-out phase.

“We have landed in the toughest of all possible groups!”

Some of the other coaches at the World Championship (starting in Denmark next weekend) may disagree with this statement from Germany´s national coach Jakob Vestergaard.  Yet, there is no doubt that Group C including France, Argentina, Brazil, South Korea and DR Congo will be challenging enough for a team like Germany, given the current situation.

“However, that’s what you must expect, when you enter the tournament because of a wildcard – you are placed in the lowest seeding pot of the draw,” acknowledges Jakob Vestergaard who has been in charge of Germany’s handball women since February of this year, when he succeeded his compatriot, Heine Jensen, who was sacked in the aftermath of EURO 2014.

One reason for Jensen’s dismissal was a lack of support from the players, but Vestergaard had no hesitation when he was offered the job and he does not feel that he will have the same troubles that his predecessor ran into.

“I have replaced nine players since I took over, so that will probably have reduced such problem automatically.  I can say for sure that I do not feel any lack of support from my current squad,” Vestergaard tells stregspiller.com.

One of his first assignments for DHB, the German Handball Federation, was succeeding in the play-offs that preceded the upcoming World Championship.  Germany´s opponent back in June was Russia, who won both matches at the time. Like Germany’s men’s team, an IHF wildcard assured Vestergaard’s squad a spot in the 2015 World Cup after all.

Germany’s preparations for the year-ending tournament have not been without issues and turbulence.  Less than two weeks before the start of the championship, right-wing Svenja Huber skipped the national team and slammed the door after 28 internationals matches.  The 30-year-old player of Thueringer HC cited lack of honesty, respect and loyalty as her reasons for quitting team Germany’s on short notice.

“I do not want to comment on what she meant by that.  All I want to say is that I feel we are still well equipped on the right-wing position with Alexandra Mazzucco and Marlene Zapf,” says Jakob Vestergaard who knows everything about winning after two consecutive victories in the Champions League with Viborg in 2009 and 2010.

He recognizes that he does not have a winning team at the moment – at least not when it comes to playing for titles.  Germany’s coach is well aware that his players are not likely to become World Champion, but that does not worry him all that much.

“Actually, we are in the middle of a generational change in the German national team.  Our main goal is to peak at the World Championship at home in 2017 – but of course, we would very much like to qualify for the Olympics in Rio next year,” he explains.

Denmark’s neighbor is going to play group matches in Kolding, where the German women also played their preliminary World Championship games in 1999.  At the time, many German supporters made the trip to support their team in Denmark´s seventh largest city, 80 kilometers north of the border.  This time around, the interest seems to be considerably more modest.  Fans do not seem to have much confidence in their women´s team.

“I really think people deprive themselves of a great experience if they do not come to Kolding to see us.  We still have a very attractive crew with a number of very interesting players, who I think people can look forward to seeing,” finds Jakob Vestergaard.

Ahead of the competition, many people say that the likes of France, Korea and Brazil will be too much to handle for Germany’s current squad.   It is generally expected that the second group match against a talented Argentine team may be the key game for Germany when it comes to qualifying for the knock-out rounds.

Jakob Vestergaard does not necessarily see it that way.

“I think we may very well see a group, in which most of the teams will be able to defeat each other.  This may make the group a bit less predictable than some may think and that could be our chance,” he says.

Should Germany manage to proceed from Group C, a tough opponent awaits in the eighth-final.  Here, the German ladies would be up against handball heavy-weights such as Norway, Spain, Russia or Romania from Group D.  Most experts anticipate Norway to emerge as the winner of that group.  Assuming Germany qualifies, they will have to travel north, to Frederikshavn, where the European Champion of 2014 will virtually play on home turf, given the geographic proximity to Norway’s southern coast and the many fans that are expected to make the trip across the Skagerrak.  A prospect Germany’s coach is not afraid of.

“Of course, we will be underdogs but a Norwegian team without Katrine Lunde (in goal) may not be that intimidating an opponent after all,” says Jakob Vestergaard.