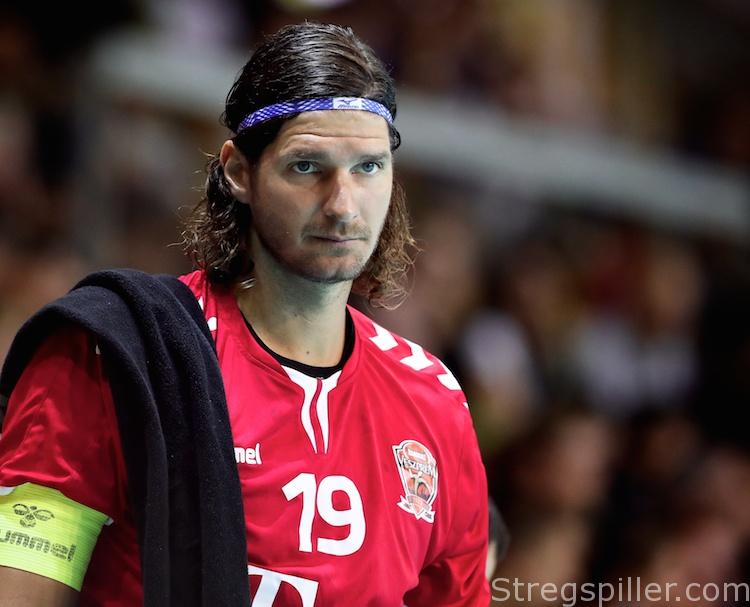 MATCH OF THE WEEK – Veszprém lived up to their status as favorite, when they took two points in their VELUX EHF Champions League home opener against a depleted Kielce, in Group A, on Saturday evening.

Very few handball fans, if any, have forgotten the magic 2016 Champions League final, when Kielce defeated Veszprém following a dramatic penalty shoot-out.  Back then Veszprém were already leading by nine goals with 14 minutes left to play before it all unraveled.

On Saturday, at no point in time were nine goals separating the two teams at Veszprém Arena, still a depleted Kielce team caused the Hungarian favorite much trouble.  In the end, the host managed to land a two-goal win, but they had to work hard for the points.

Even though Veszprém took a one-goal lead to the locker room, Kielce coach Talant Dujshebaev and his crew had every reason to be satisfied with the first half.

While things worked out in Kielce’s attack, they had their problems on the other end of the court.

The lack of manpower left Kielce’s coach with no option other then using Julen Aguinagalde in defense for long periods of time. And on that part of the handball court is not where the big Spaniard feels most comfortable.

Still, Kielce were able to hold the home team to 14 goals in the first half. Whereas before, Veszprém appeared to be on the verge blowing the game wide open when they had built a three-goal lead (20th minute).

Arpad Sterbik seemed to enjoy being back in Veszprém as fans were cheering “Arpi, Arpi, Arpi” throughout the arena again and again. Particularly, in the second half, the veteran goalkeeper played a big part in securing the home team’s victory.

Before the break Veszprém’s two wing players – Dragan Gajich and Manuel Strlek – set the tone successfully, but in the second half too much of the offensive action was focused on Kielce’s center.

Still, the host was about to decide the game, when Peter Nenadic arranged for a four-goal lead (22:18) in the 42nd minute.

But Kielce hung in, and when Angel Fernandez cut the gap to one, making it 25:24 with less than eight minutes left on the clock, the game was on the line.

The visitors even had the chance to draw even with a minute and half left to play, benefiting from a mistake of Mate Lekai. But Kielce turned the ball over instead; Lekai took charge and decided the match scoring the last two goals.

Veszprém kept the two points, but the win was anything but convincing. Newcomers such as Strlek, Machovsek and Sterbik are much welcomed reinforcements, but the team lacks consistence. And they will have to improve quickly because next Saturday, they’ll already play another challenging game, in Barcelona.

Kielce on the other hand, despite missing several players, left a good impression. Alex Dujshehaev´s stellar performance aside, it was remarkable how well the Polish side performed on the defensive end, missing players such as Jurkiewicz and Mamic.

Once at full strength Kielce should be a formidable competitor in the 2018/19 edition of the VELUX EHF Champions League.

Not only did he deliver a brilliant performance as playmaker, he also found time and resources to lead all scorers with 10 goals.

The crowd at Veszprém Arena always guarantees a fantastic atmosphere and this Saturday certainly was no exception.