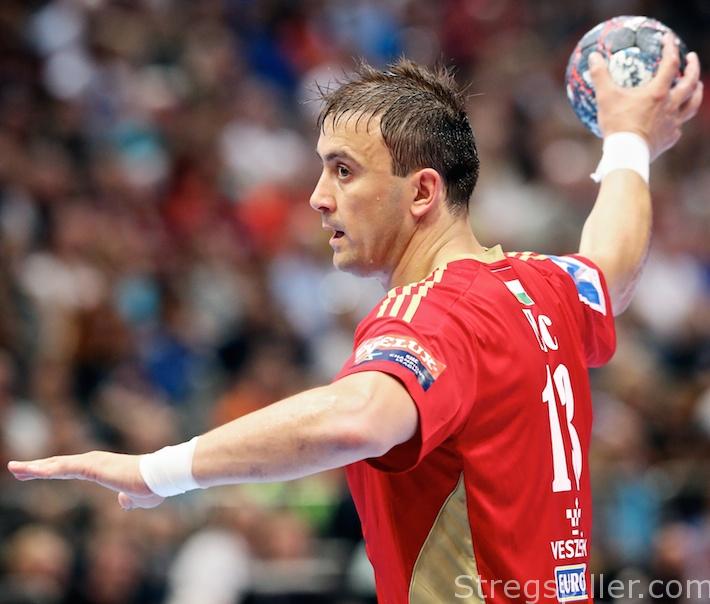 MATCH REVIEW – Veszprém staged an impressive come back after their defeat at home to Barcelona, last Saturday, winning in Sparkassen Arena, one of the most challenging places in Europe.

Kiel were fourth in the group with 11 points and Veszprém fifth, trailing by one point.  Both teams are all but certain to reach the knockout phase.

Veszprém were trying to rise after their 22:25 loss at home against Barcelona, while Kiel had recorded a 30:25 win in Schaffhausen.

Kiel were also looking for revenge after the unfortunate 19:21 defeat in the two teams´ first meeting this season.

Veszprém were still missing Icelandic playmaker, Aron Palmarsson, who missed the reunion with his former club.

Kiel were still without Danish goalkeeper Niklas Landin – he is still nursing a finger injury – as well as Steffen Weinhold who is still recovering.

There wasn’t much indicating a Veszprém victory when Kiel led the game 5:1 and 6:2 early on, much to the joy of the vast majority of the 10,285 spectators.

However, following a great comeback already in the first half, Veszprém dominated most of the final 30 minutes and rightfully won.  When Laszlo Nagy made it 26:23 with less than three minutes left, the matter was settled for good

In Landin´s absence, Andreas Wolff was carrying extra responsibility in goal.  However, the German international did not seem to mind the additional pressure at all.

With a stellar performance in the opening minutes of the match, he made a strong contribution to Kiel taking a four-goal lead (5:1 and 6:2).

Yet, after a timeout Veszprém began working themselves into the game.  Mirko Alilovic made some saves, while Laszlo Nagy started to score goals.

After 16 minutes, former Kiel player, Momir Ilic, scored the equalizer on (7:7) and a few minutes later, Nagy arranged for a first advantage at 11:10.  The rest of the first half was an even game, and so was the half time score.

Andreas Wolff was not able to keep up his fine start to the match.  Already before the break, his saving percentage had dropped dramatically, and it continued to go in the wrong direction at the start of the second half.

At the same time, Alfred Gislason’s decision to use Christian Zeitz in attack, did not bring in any meaningful benefits for Kiel as the veteran missed three of his first four shots.

Kiel´s offense improved again when Zeitz left the court.  Behind an improved defense, Wolff reappeared saving shots again – still it was not enough for Kiel to catch up.

The home team managed to reduce the deficit to one goal a few times, but that was as close as they got.

With five minutes left, Gislason tried playing seven-against-six.  Maybe he should have tried this tactical measure at an earlier stage.  But at this point in time it proved to be futile, and when Nagy made it 26:23 the game was effectively over.

The two teams switched places, Veszprém is now fourth and one point ahead of last night´s opponent.

However, the psychological value of the win was probably even bigger for the Hungarian side, considering their disappointing season in the Champions League so far.  There is no doubt that the victory means a lot, only four days after their home defeat to Barcelona.

Kiel, on the other hand, appeared to have difficulties finding “their game” and rhythm.  Last week’s 30:29 defeat in the North German derby against Flensburg and a rather troublesome 30:25 road win against Schaffhausen are testimony to it.

But, Kiel should be able to win their next Champions League match, when Bjerringbro-Silkeborg visits Sparkassen Arena on February 25.

Other Matches in Group A

Saturday: Wisla Plock vs Bjerringbro-Silkeborg and Flensburg vs Paris Saint-Germain – stregspiller.com´s Match of the Week in Group A