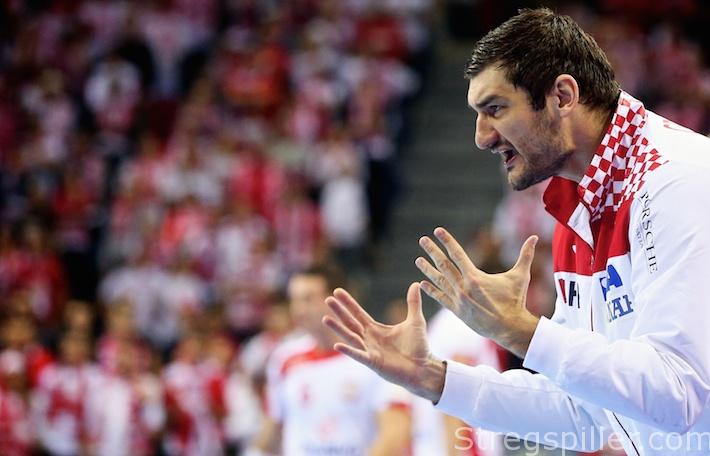 The SEHA League winner 2016 is going to be decided between Veszprem and Vardar, as the defending champions managed to amend an appalling first half against Meshkov Brest.

Veszprem secured their second consecutive SEHA F4 final after penalty shootout 24:21 (20:20 in regular time), as did the two-time champions from Vardar, avenging the 2013 SEHA final defeat, winning against Zagreb 26:24 (12:10).

However, the Hungarian powerhouse was shaken to its foundation early into this hard-fought, low scoring semi-final match, possibly playing their worst half in history (6:11).

“We were luckier today and of course I’d like to congratulate my players for this. We want to win in the final but also show a better performance,” said Veszprem’s coach Xavi Sabate.

Emotions were not lacking in the second encounter of the day, as a tough match saw Vardar take the dramatic victory 26:24 (12:10).

Vardar legend, now at the helm of rival Zagreb, Veselin Vujović said: “If I was to be defeated, let it be against Vardar”.

However, the decisive moments of the match were not free of controversy.

Legendary Vujović was on the verge of turning into Vardar’s nemesis, as the last 45 seconds saw Vujović’s heated discussion with the officials, resulting in Vardar’s goal getting overruled and setting the score back to 25:23. Vujović further protested, but to no avail.

“You don’t get to beat Zagreb in such an atmosphere every day. However, we still have not met our goals here, we wish to win this competition and I hope we’ll make it on Sunday,” said Vardar’s line player Mijajlo Marsenić.

After Veszprem were left trailing in the opening half, the Hungarians struggled for tempo until the last 10 minutes of the match, when they found their range with Laszlo Nagy, the MVP of the match, with five goals.

A good day for the goalkeepers meant a particularly displeasing game for the shooters. Ivan Pešić recorded 15 saves, while Veszprem’s Mirko Alilović frustrated the opposing side with 13 kept shots and with a number of those saves in the dying moments of the match.

Following a “goal-less” opening, Veszprem were powerless to resist another 4:0 run, completed by right-back Siarhei Shylovich’s second goal, mid-way through the first half for 2:7.

“Meshkov proved to be in good form, their players performed to their maximum and they were better than us for long periods of the match,” said Xavi Sabate.

Alongside the in-form line player Rastko Stojković (two goals), Shylovich was the standout performer for Meshkov with three goals and two assists during the first half.

The last 10 minutes of the half elapsed with Croatian Ivan Pešić a menace between the posts, setting Meshkov apart 11:6 at half time.

“Pešić was remarkable in the first half and we were afraid to even shoot at times,” said Mirko Alilović, when referring to the inspired performance from his Croatian teammate.

However, legendary right-back Laszlo Nagy drew first blood for Veszprem, lowering the score, before Ilić neatly set up Ugalde for the momentum shifting 17:18, with seven minutes remaining on the clock.

The last minute of the match saw a “heart stopping” finish, with Meshkov losing concentration, leading to suspensions and turnovers.

Left wing dynamo, Cristian Ugalde, capitalized on one of the many concentration lapses, bringing the game to a late draw (20:20), as the long-range shot from Dainis Kristopans failed to find the net, in the dying moments of the game.

“We did not lose the match which I consider a success for us,” stated Sergey Bebeshko, Meshkov’s coach.

Veszprem’s Ilić, Marguč and Ivancsik were all on target from the seven-meter mark.

Maksim Baranau and Dzmitry Kamyshyk both saw their efforts wide off Alilović’s goal, while Mirsad Terzić beat Pešić, making it 4:1, securing the victory and a second consecutive final berth for Veszprem

“Going to the 7-meter shootout affected Meshkov’ morale and motivation and in the end we’ve managed to take this win, although we were not in a good position at all,” said Veszprem goalkeeper Mirko Alilović.

After Vardar narrowly edged the first half (12:10), a “tooth-and-nail” fighting Vujović squad were in control until mid-way through the tightly contested second period.

Zagreb’s 6-0 defense formation was spotless throughout, as Kontrec and Marković turned the score in their favor, after a reflex from Šušnja granted a fast break opportunity for 15:14.

Pavlović managed to score early in the second period for 14:16, however it was then when the flame was ignited for both sides.

The team from Croatia’s capital was left with five players on the court, when playmaker Luka Cindrić netted to bring back Vardar’s lead at 19:18.

However, a rare defensive error from Valčić, became the turning point of the match. After Vardar’s coach, Raul Gonzalez, called time-out, Shishkarev’s solo goal completed a 2:0 series for Vardar, with five minutes to go, at 23:20.

“It was visible from the beginning that both teams are eager to get a place in final. There were lots of nervous plays, moves, tough fouls – it was a real men’s match,” said Veselin Vujović.

Crafty Zagreb fought their way into another nerve wrecking finish, after Horvat’s successful penalty shot, entering the last minute with 24:23 on the scoreboard.

Domagoj Pavlović did manage to provide a glimmer of hope in the last seconds of the game, before Dujshebaev put the final nail into the coffin, settling the final score at 26:24, and arranging for a third final appearance of the two-time champion, Vardar.

“Congratulations to Zagreb; they had a very good performance and it was a real spectacle here today – we were not able to enlarge the goal difference to make this victory easier,” said Raul Gonzalez (Vardar).

“I am of course not satisfied with a loss but I can’t say anything bad about my team, we’ve really fought well today and when I see my boys playing like they did today it makes me happy,” said Veselin Vujović (Zagreb).

Yet, it remains to be seen whether Veszprem can be the team that breaks Vardar’s invincible status, as Vardar are undefeated in both of their SEHA League finals (2012 and 2014).