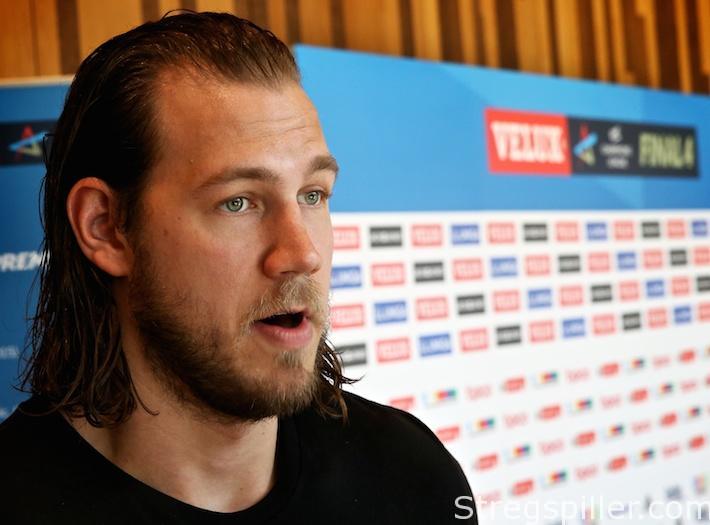 This should be Veszprém´s year, finds Andreas Nilsson

The previous two years, MVM Veszprém have made it to the FINAL4, but so far, they have never managed to win the Champions League.  Last year, they lost the final against Barcelona 28:23, and 12 months before they even finished last, losing 29:26 to THW Kiel in the semi-final, while surrendering 26:25 to Barcelona in the bronze match.

If we add the 51:48 aggregate defeat against SC Magdeburg in the two-legged final back in the 2001-02 season, it makes it three times that the Hungarian top team has been reaching out for the trophy without being able to lay their hands on it.

That is going to chance this year – at least if you ask Veszprém´s Swedish international Andreas Nilsson.

“Having failed two years in a row, we are really determined that this year should be our year!

“I think our chances are good, but of course, it will be tough – as it should be, when we are talking about a FINAL4,” says the 26-year-old line player and defense expert, who is playing his second season in Veszprém.

“It has been a really great time for me personally in Veszprém so far, and it has been rather easy to get adjusted to the Hungarian way of life, thanks to much help from the club.

“It has also been pretty easy to get integrated in the team, and I feel I have developed a lot during my time here.

“I have got a lot of court time, especially in defense, and that has been great,” says Nilsson who should have the “recipe” to win the Champions League.

He has won the tournament before. Before joining Veszprém in the summer of 2014, he played for HSV Hamburg winning the FINAL4 in 2013.

Defense will decide the semi-final

“The fact that we won with Hamburg in 2013 – and that Flensburg won the following year – just proves the point that the underdog can cause a surprise any time,” he says.

Veszprém´s opponent in the semi-final on Saturday will be THW Kiel – the club many people see as the underdog this time around.

“I do not see Kiel as the underdog, though.

“Kiel will always be Kiel, and even though they have some injuries, they still come with a frightening team.

“I think the defense formations will decide that particular semi-final.

“Kiel usually change between a 6-0 and a 3-2-1 defense, while we practice a 6-0 with backs pushing forward.

“The match will be an interesting comparison between those two defense philosophies, and I believe that the team who gets their defense to work best, will win in the end.

“We already had our trouble with Kiel twice in the group phase of the Champions League this season, and we may very well have issues again,” says Andreas Nilsson.

If he and his teammates should make it to the final on Sunday, most people expect them to meet Paris Saint-Germain.

“Of course, Paris should be strong enough to go through, but right now, I am not thinking of the final at all.

“To us, the match against Kiel is our final, and we will have to play that game as if it was the last game of the competition.

“If we do not, we can forget everything, never mind reaching the final!”