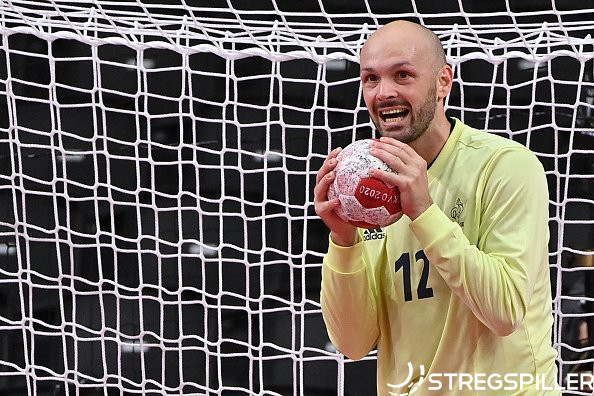 France have quietly gone about the business at this tournament, winning their group with relative ease and breezing past Bahrain in the quarter-finals.

Egypt had already made history at this event with their masterful performance against Germany in the quarter-finals and were well in the mix to win their first handball medal and become the first non-European men’s team to medal in the men’s competition since 1988.

France were well-equipped to deal with Egypt’s style and strengths in attack and defence, leading to a low-scoring and tense affair. Inspired by an outstanding performance by Vincent Gerard and a bit more composure in attack, France booked their spot in their fourth consecutive Olympic final with a 27:23 victory.

Egypt came out firing on all cylinders and opened up a 5:1 lead after just seven minutes, before France got to grips with the contest.

The big question of whether Vincent Gerard could put his recent semi-final woes behind him was answered early on as he made a big penalty save from Ahmed El-Ahmar, followed by save after save as he kept France in this contest.

Despite his penalty miss, El-Ahmar had his chance to shine in open play and he took it with both hands. Using his vas experience, he offered something different in attack and scored four goals where few others in the Egyptian team could find much joy.

France opened the second half with much more confidence, taking the early initiative. Egypt coach Roberto Parrondo made a gutsy move at the 40-minute mark, going 7vs6 in attack, which settled things for a short while but it did nothing to stymie France’s ever-growing confidence in attack.

Despite appearing to have run out of ideas in attack, Egypt had their opportunities to bridge the gap in the final 10 minutes, but breakthrough opportunities for Ali Zein and Yahia Omar were shut down by Gerard.

It was only fitting that Nikola Karabatic was the man to fire in his third goal of the game and put the result beyond doubt with two minutes left on the clock, confirming yet another final appearance for the French.

Vincent Gerard’s record in major semi-finals in recent years has been dire. In the EURO 2018, World 2019 and 2021 semi-finals, he had a collective record of four saves from 53 shots, making him a genuine concern heading into this contest.

But the PSG keeper put eased any worries early on with a series of commanding saves and he just seemed to grow in stature from there.

17 saves at 44% is an outstanding performance from Vincent Gerard, vanquishing any semi-final demons that may have lingered in his mind and undoubtedly making the difference today.