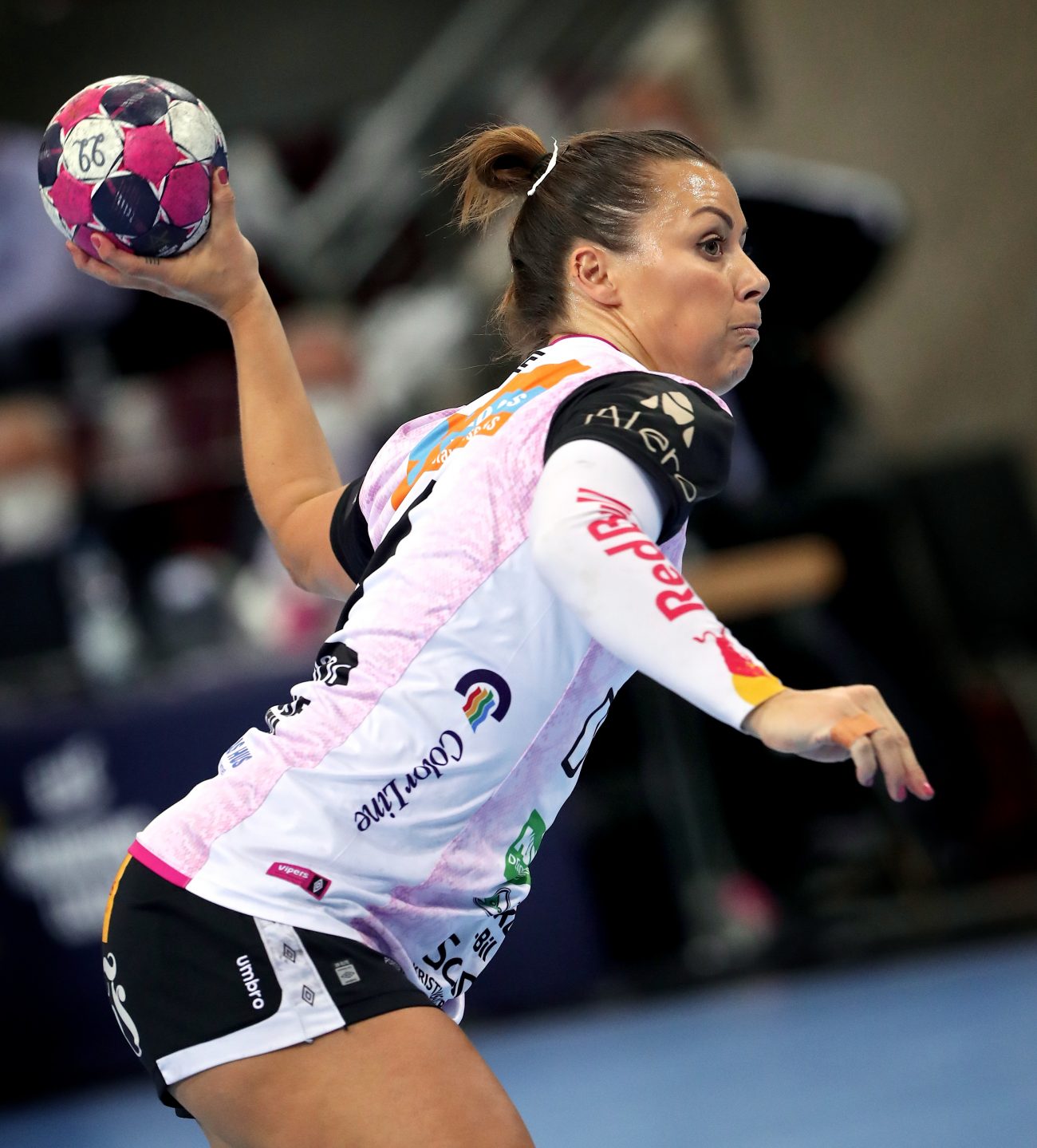 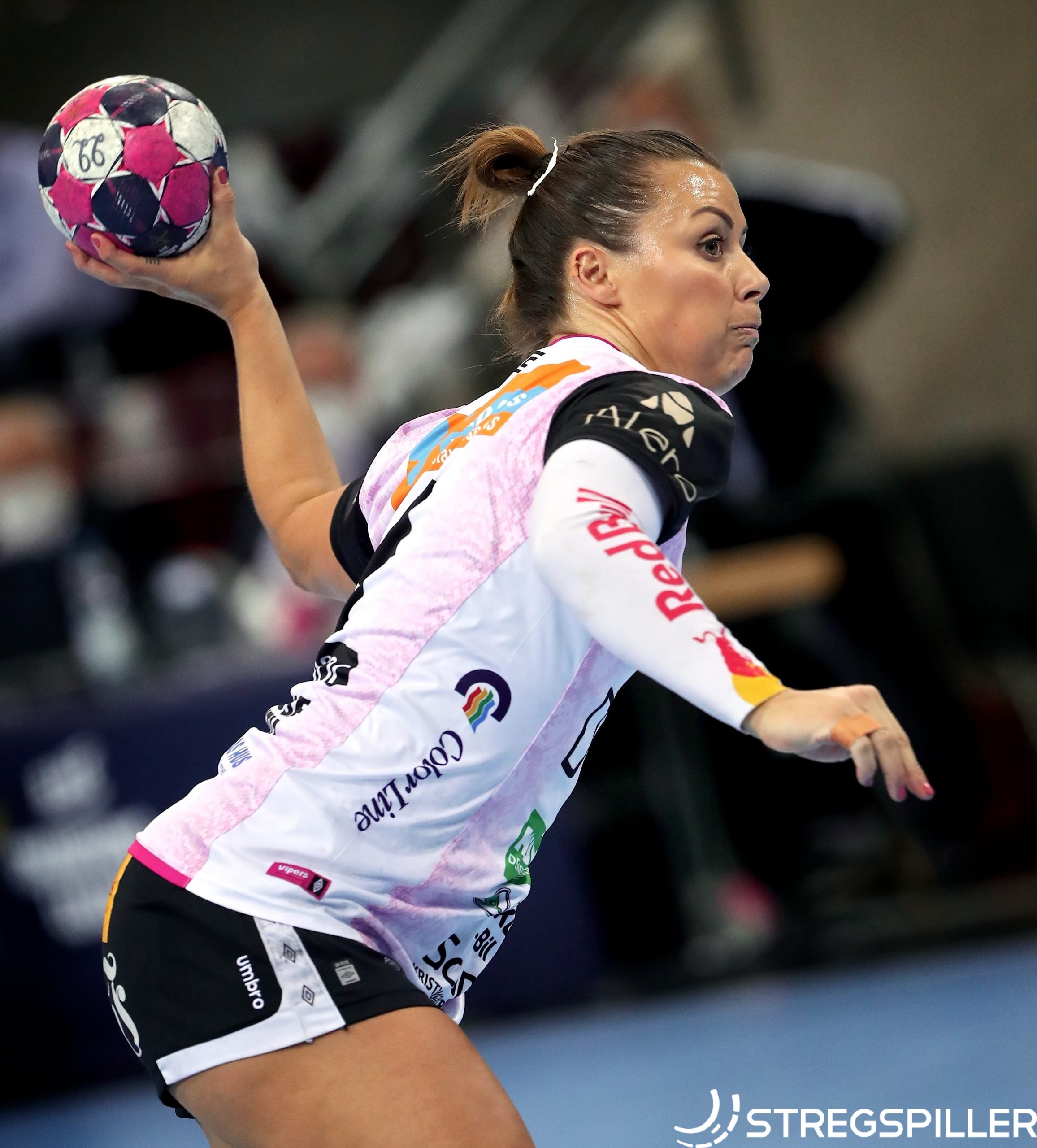 Vipers return to the FINAL4

The injury list remained unchanged for both teams. Rostov had a mountain to climb and were facing a 7-goal deficit after the first leg match, a day earlier.

A 6:1 run in the first ten minutes was enough for Vipers to put this quarterfinal match out of reach.  To Rostov’s credit, the team never gave up and fought courageously to the very end, supported by a – once again – very well attended arena.

A concentrated effort in the opening minutes was enough to destroy any hope Rostov may have harbored to reach the DELO EHF FINAL4 later in May.  A successful penalty shot by Grace Zaadi was all the Russian champions could accomplish for the better part of ten minutes.  By that time, Vipers had already increased their combined advantage to 13 goals.

Although, Rostov stepped up in defense they did not have enough weapons on the offensive end and the early, large deficit invited numerous ill advised shots.

Shots that met a well prepared Kathrine Kunde in goal.  As the day before, the veteran goalkeeper was on top of her game (41% saves) and significantly improved on her previous strong performance.

Ten minutes before the half time buzzer – Viper’s head coach, Ole Gjekstad, had begun rotating his bench – Rostov were able to take advantage and had narrowed the deficit to one by the time the teams changed sides.

Grace Zaadi versus Vipers may have been an appropriate headline to summarize the second half.  The French playmaker single handedly kept her team in the game, scoring seven of her game high 10 goals in the second period of the match.

Her exceptional effort was not enough to reverse course, but it did keep Rostov in the game and in the 48th minute, the hosts enjoyed their first lead, when Julia Managarova scored (18:17).

Following Gjekstad’s second time out, the game turned into a match of will power as both teams paid tribute to the tough two-day schedule.  Vipers Kristiansand finished with a combined score of 57:50 and  advanced to the 2020/21 DELO EHF FINAL4 for the second after their 2019 appearance.

The seven-goal deficit from the first leg proved to be too high a hurdle for Rostov Don.  Once again, Kristiansand had the better start and executed textbook handball in the opening phase of the second quarterfinal. The outstanding performance of Grace Zaadi and a much improved Viktoriia Kalinina in goal was just not enough to turn this match upside down.

Hats-off to coach Gjekstad as his team showed up focused, intense and well prepared for the task at hand.

As the day before, Rostov were lacking depth and alternatives to match Kristiansand’s agility and as the game went on fatigued set in.

“In the first game we played very well and got the advantage we enjoyed today, which I think was crucial – there were many tired girls out there today. We knew we had a seven goals and I am just very proud to be honest – to be part of a Norwegian team in the FINAL4 is something very special.

“I haven’t played handball in two months.  I had a small injury and I played maybe ten minutes in practice and then two games in two days.  I am so tired and my head is totally finished.  I don’t think too many expected us to beat Rostov.

“I think we have many quality players and we are team that practices a lot. So, we knew that having two games in two days maybe an advantage for us. We haven’t played many games thus far, but physically we are in good shape.  Once again, we are very satisfied that we played a good game yesterday – that was crucial.”