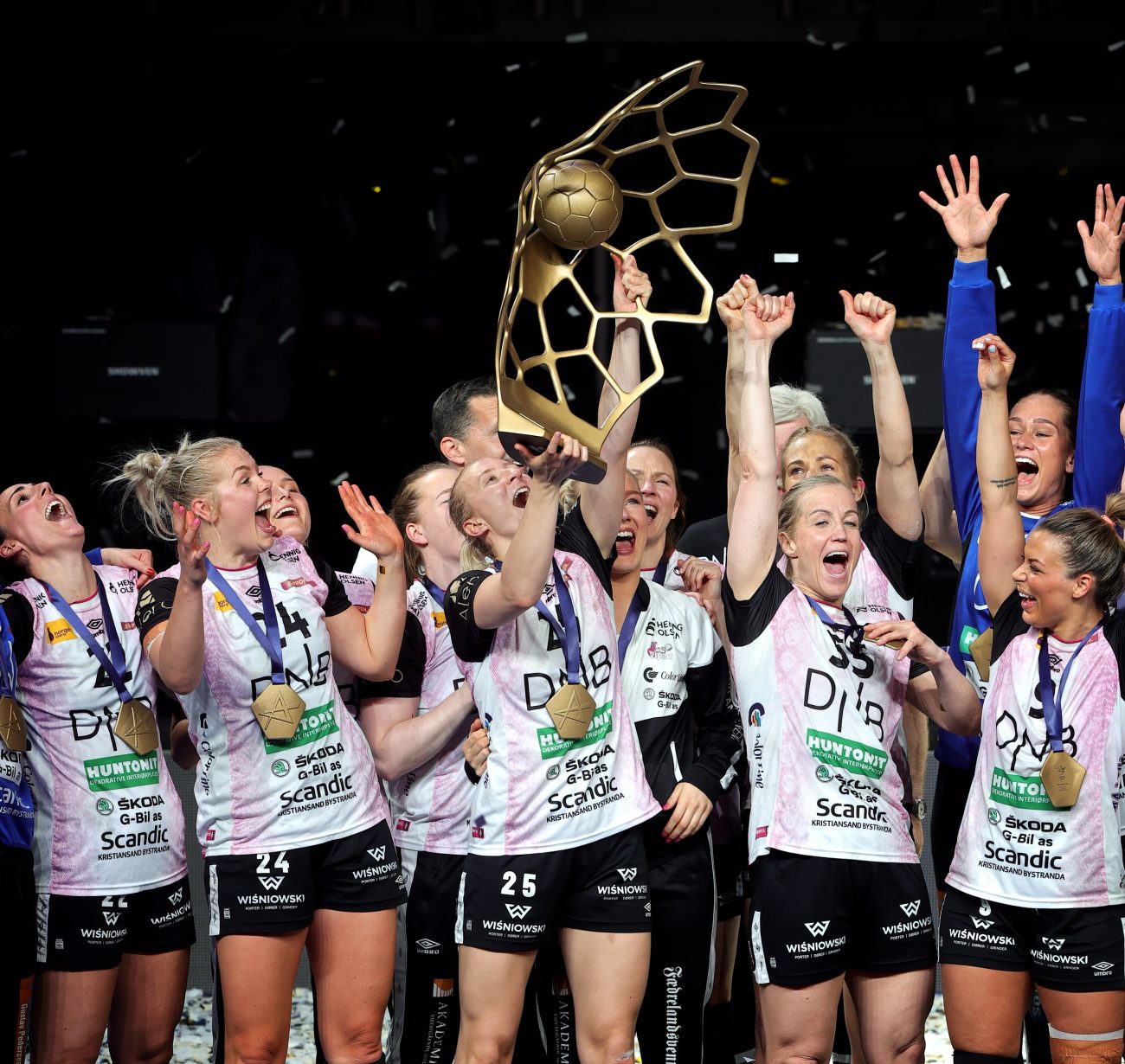 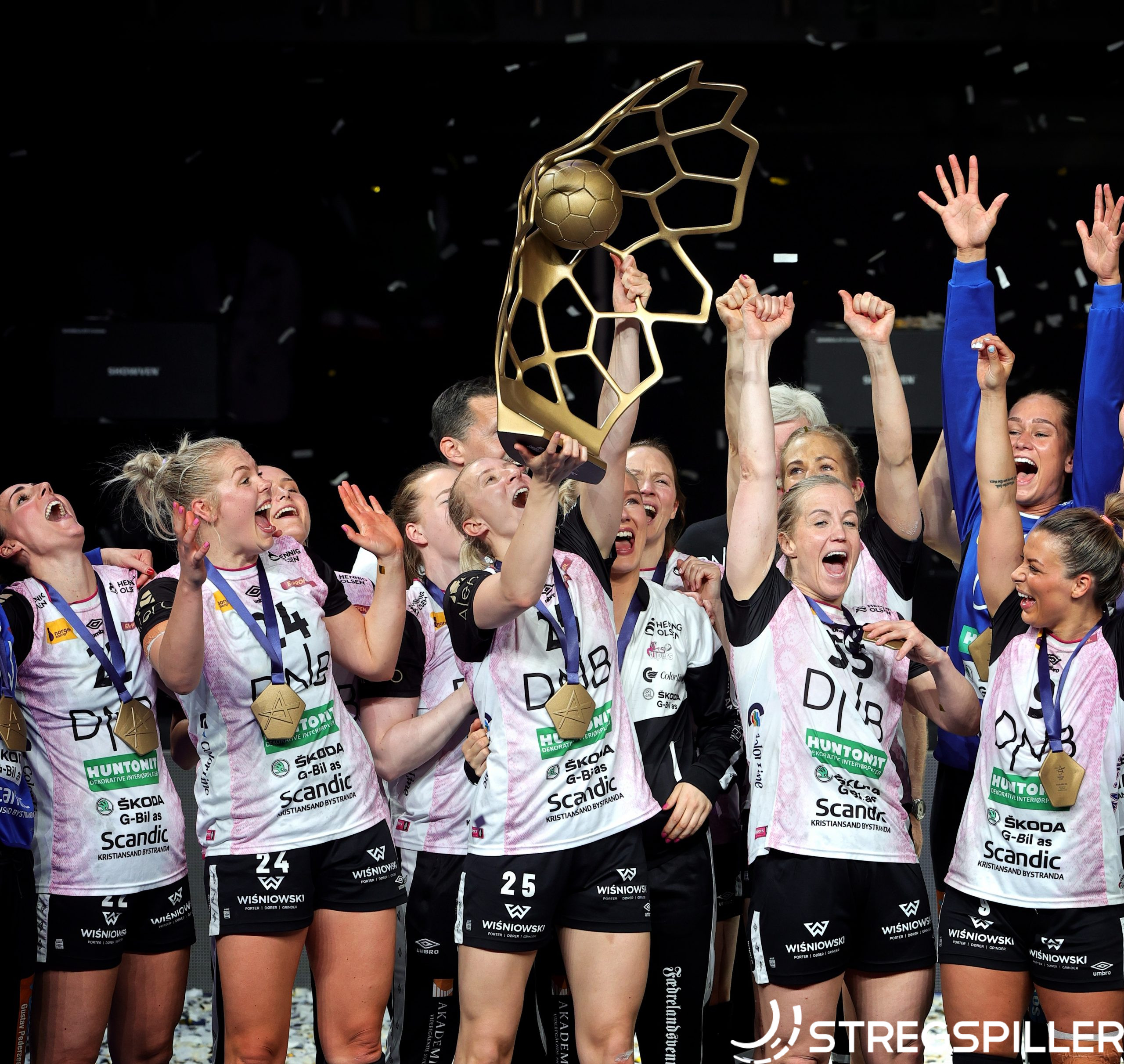 Even though Brest had a few more hours to recover from the intense 70 minute fight against the defending champions from Gyoer on the previous day, it was widely expected that Vipers Kristiansand would be in better physical shape after their concentrated effort versus CSKA Moscow.

The Norwegian champions continued where they left of a day earlier and jumped to an early lead. Brest caught up but were not able to turn the tables. Vipers quickly regained their footing and pulled away for good, scoring the very first EHF Champions League title in club history.

For Brest the past ten days were intense – physically as well as mentally. Just a short week ago, the team of head coach, Laurent Bezeau, won the French championship by the narrowest of margin against league rival Metz after recovering a seven-goal deficit!

And the FINAL4 semifinal game against Gyoer took out whatever energy was left. After two periods of extra time it came down to a single penalty shot from “Bella” Gullden that made the difference.

On Sunday even more was needed to match the efforts of Vipers Kristiansand. Coach Gjekstad’s crew seized the initiative from the start and by the 10th minute had opened a five goal lead  (8:3).

Brest answered, fought back courageously and did recover but soon thereafter it became evident that on this day, Lassource & Co. could not match the intensity of their opponents.

The stats of Henny Reistad (12 goals) and goalkeeper Katrine Lunde (30% saves) explained much of the Viper’s success story and on the other end of the court, Emilie Hegh Arntzen and Hanna Yttereng made sure of a well organized defense.

The top goal scorer of the 2020/21 Champions League season, Ana Gros, summed it up best when stating, “that you have to find the last atom of energy for the finals”.  Following the aforementioned draining victory versus Metz and the exhaustive battle against Gyoer it just was not possible to push Kristiansand to the ropes.

The veteran team from Norway did not lose their composure throughout the match, not even when Brest drew even midway through the first half.

Considering the efforts and challenges both teams had to endure during the “Covid season”, two Champion League winners would have been the appropriate outcome.  Unfortunately, that’s not what the rules and regulations were designed for.  Instead a sharp and focused team effort was all it took for Kristiansand to record their very first Champions League title.

The handball artistry of youngster Henny Reistad (22) over the course of two days stood out the most, mildly put.  She single handedly took over Kristiansand’s offense in both games, delivering a performance reminiscent of another all-time great ball handling athlete – Michael Jordan.  When Vipers were challenged she found the right answer time and again.  A remarkable development, to say the least!

Shortly before the FINAL4 weekend one of Norway’s most decorated stars decided to call an end to her exceptional career – right-back, Linn Jorum Sulland. Unlike in so many other crucial matches this time she did not make the difference – she did not have to as others stepped up.

“It feels incredible. We have had a hell of a struggle this season with a lot of travelling but to be here with a win is fantastic. I want to say thank you to all my girls, they’ve been fantastic all season. It’s hard to believe right now we have this trophy.”

“It was amazing. The whole team fought the whole match and we just showed that we really wanted this trophy and I’m so glad that we made it in the end.”

“Honestly, I’m really disappointed. We lost of lot of energy yesterday. Even though this is not an excuse you have to find the last atom of energy for the finals. We were not good in the defense and we let them shoot easily over us.”

In the match for third place the freshly minted Russian champions did not stand a chance against a rejuvenated team from Gyoer, where Hungarian handball legend, Anita Goerbicz played the last match of a magnificent career, while Eduarda Amorim and Beatrice Edwige will join Rostov Don for the 2021/22 season.