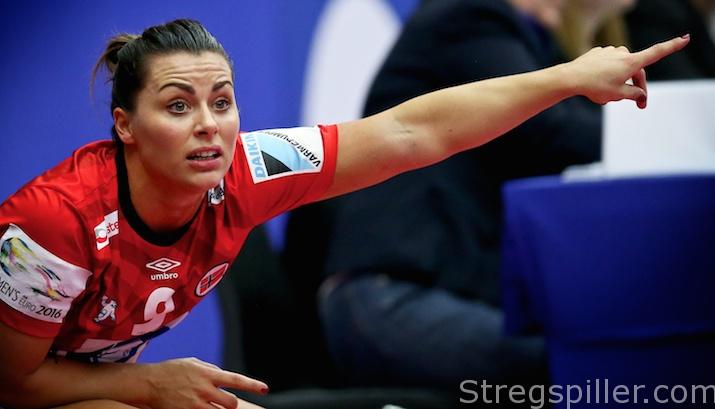 A visit from old friends

PREVIEW – MATCH OF THE WEEK, GROUP 2

The top match against Larvik is bound to be special for Gyor´s right-back Nora Mørk who will play against the team she represented for seven years before joining the Hungarian top club last summer.

It will not be a fight for first place in Group 2, when Gyor will receive Larvik on Sunday afternoon.

Being three points ahead of the Norwegian visitors, Gyor will still be on top of the group even if they lose this match.

For Nora Mørk it will be a special experience.  The 25-year-old right back of the Hungarian powerhouse played seven years in Larvik before making the move ahead of the current season.

She immediately turned into a key player for her new team, while her former club has not been missing her as much as one would have expected before the season.

Duel of the Match – Part One: Mørk vs Kurtovic

The most anticipated contest in this game will be the duel between the two 25-year-old right-backs.

Nora Mørk has become the expected reinforcement for Gyor in the only position where they were facing certain problems in the past.

Amanda Kurtovic, on the other hand, is the reason why Mørk is not as severely missed in Larvik as one would have expected.

Kurtovic has done brilliantly in the Champions League as well as in Norway’s domestic league, and she is one important reason why Larvik can travel to Hungary as current number two in their main round group.

She has not been able to replace Mørk on the right-back position in the national team, but considering the two players´ most recent performances, Kurtovic may very well get the upper hand in this direct encounter.

Duel of the Match – Part Two: Martín vs Moen

The game will also be a test between two of the absolutely best women handball coaches in the world – Ambros Martín (Gyor) and Tor Odvar Moen (Larvik).

Different, as they may be in their handball philosophy – Martín relying on the individual player and solid defense and Moen being faithful to the Nordic school of thought of forming a strong collective – they are two great tactical minds, and their decisions on the bench will matter a great deal, on Sunday afternoon.

Gyor is twice as good as Larvik – according to the stats

Of 18 previous Champions League meetings between Gyor and Larvik, the Hungarian club has won 12 and Larvik 6 times.  No draws so far.

The two most prominent encounters between the clubs were probably the two-legged Champions League final of the 2012/13 season.

Larvik won the tournament only once, in 2011.

In their most recent Champions League matches, Gyor won 32:26 on the road against Team Esbjerg, but not without certain trouble along the way.

Both teams were victorious in their national leagues this week, winning by double-digit margins.  Gyor 33:22 at home against Vác, while Larvik recorded their 200th successive home win, defeating Stabæk 34:24.

It is hard to compete successfully in Gyor’s Audi Arena, where the home team always enjoys the noisy support of around 5,000 enthusiastic fans.

I don’t expect Larvik to withstand the pressure either.   As a consequence Gyor is my favorite with a percentage of 65:35.

Other Matches in Group 2

In the only game on Saturday, FC Midtjylland had problems for quite some time against Krim, who were missing key players Elizabeth Omoregie, Alja Koren and Tamara Georijev.

In the end, however, Midtjylland – with Swedish international Sabina Jacobsen back from injury – earned their fifth home win in as many games, 28:19 and temporarily advanced to second position in the group.  Krim will spend the night as number four with six points.

CSM Bucuresti are the huge favorites against Team Esbjerg in the other match on Sunday, in the Romanian capital.