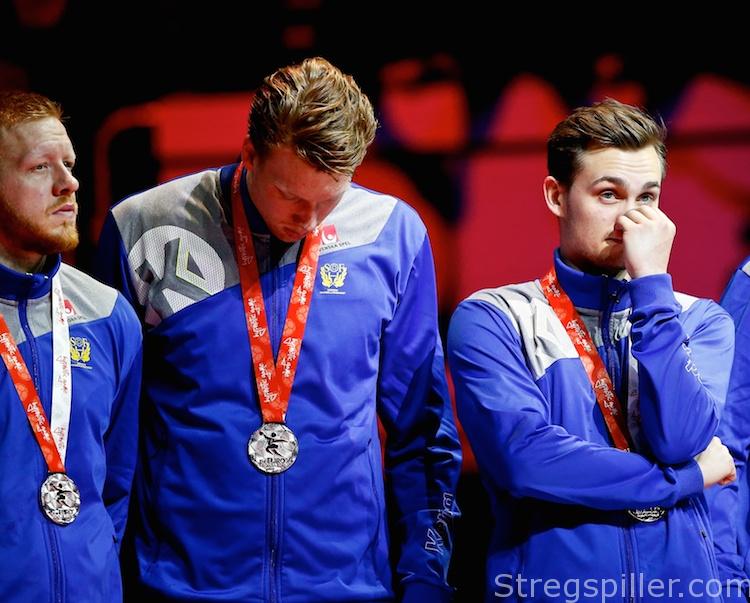 Today, Hampus Wanne arrived at Zagreb Arena with the goal of winning the 2018 European championship. However, a very determined Spanish side just didn’t allow Sweden to score for most of the time in the second half. Afterwards, I met a disappointed, but  humble player in the mixed zone, where he told me that Spain’s adjustments in defense were key for winning  the match.

Hampus, what happened after the break, when you looked like being in complete control during the first 30 minutes of the match?

HW: In the first two minutes (of the second half ed.) we made too many mistakes and they scored immediately on the resulting fast break. It’s happening really fast when you play against a team such as Spain. And then we just couldn’t break down their 5-1 defense.

I was surprised that you couldn’t do it as well, you have a lot of fast players who should be capable of finding solutions?

HW: Yes, but they (Spain ed.) were toying with us, to be honest.  They did whatever they wanted to. They did it brilliantly – they did a perfect job..

And then there was this “old guy” between the posts, Arpad Sterbik, who caused all kind of problems for you…

When a team loses four games during a tournament, winning a silver medal must still feel quite good?

HW: Sure. We are still a very young team and this is a major success for us. We’ll see what this team can show in the future.  Now, it’s just hard, but in few days we will  be happy for this second place and we will remember that we played a good match and an even better tournament.