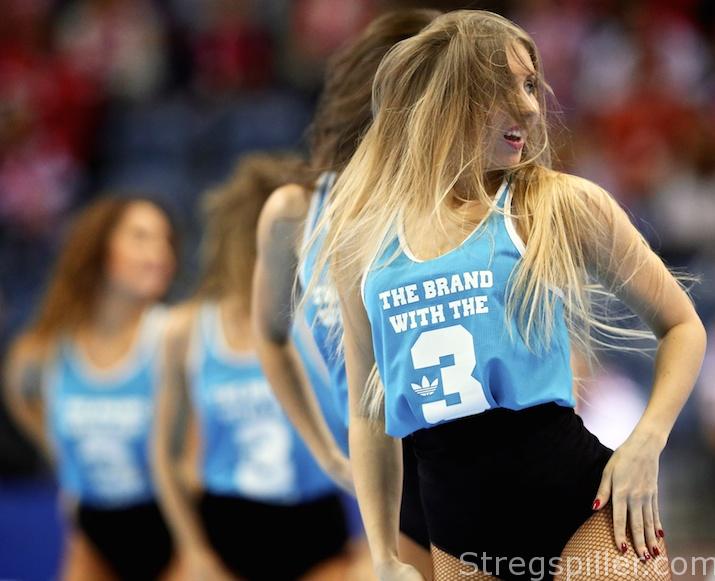 All I want for Christmas is handball

As Christmas is almost over, it’s time to enjoy the last day of handball in 2016, at least here in Germany.  Later today, I will drive to Gummersbach and enjoy VfL’s game against newly-promoted HC Erlangen from the commentator’s booth.  It will be fun to watch, as Erlangen is not the usual newcomer, but features various big names on its roster.  The arena will be packed and fans will be in a very good mood.  It’s Christmas after all.

Usually games during the holiday season are quite popular, because it’s a great gift, while others are happy to be away from the festivities.  But I feel like the league could do a better job promoting these matches.  Let’s take a look at the NBA.  Just a few hours ago I enjoyed watching a number of basketball games from the best league in the world with some of my best friends.  It has become a tradition.  Why?  Because it’s hard to not appreciate these contests if you’re a basketball fan, or a supporter of the NBA, in particular.

The NBA is really smart to schedule great matchups and rivalries throughout the holidays.  But instead of putting focus on regional games over Christmas – making it also easier for players to spend more time with their families – only one out of nine matchups in the German Handball Bundesliga is close to be a derby.  Wouldn’t it be awesome to have Kiel play Flensburg on the 26th or Melsungen against Wetzlar?  Or Berlin against Leipzig?

I guess you know my answer to the question.  Arenas would be packed, that’s for sure.  Demand for tickets would be high.  My guess – all games would be sold-out.  Traveling, especially prior to the World Cup, in January, would be less.  Players would be grateful to spend less time on the road during this time of the year; fans as well.  And regarding marketing, what could be better than a hash tag on Twitter like #HBLxmas?

It’s the simple things that can achieve a great deal; they don’t even cost a lot of money.  Actually scheduling different games doesn’t cost a single cent, and establishing a catchy hash tag is free of charge, as well?  The NBA fans are quite keen to see who’s playing on Christmas day.  Yesterday, we saw a re-match of last year’s NBA finals between the Cleveland Cavaliers and the Golden State Warriors, LeBron James against Stephen Curry, how much fun was that?

Imagine the day would start with a long-time rivalry of the South as Göppingen hosts Balingen around noon, while at 14 o’clock it’s Berlin against Leipzig in what’s set to become a very special matchup in the next years, followed by the fight for “Hessen”, with Melsungen hosting Wetzlar. At 18:00 CET it’s Lemgo against Minden and as the “icing on the cake” Flensburg will play against Kiel at dinnertime.  Ten hours of handball, mind-blowing goals and incredible saves.

Sure, I would watch anyway, that’s true.  Football season is having its usual winter break and I’m not really into darts – yes, darts is quite popular in Germany, believe it or not.  And it’s just a coincidence that the NFL is playing on Christmas weekend this year?  Right!  So, what I will want for Christmas, besides the usual stuff, is handball.  Let’s do it, dear Bundesliga officials and marketing strategists, and make sure you’ll have a plan come December 2017.

In the meantime I’ll start dreaming about Andreas Wolff saving a shot by Lasse Svan on the break-away with his foot as high as the crossbar and Andy Schmid assisting Hendrik Pekeler with a nice no-look pass.