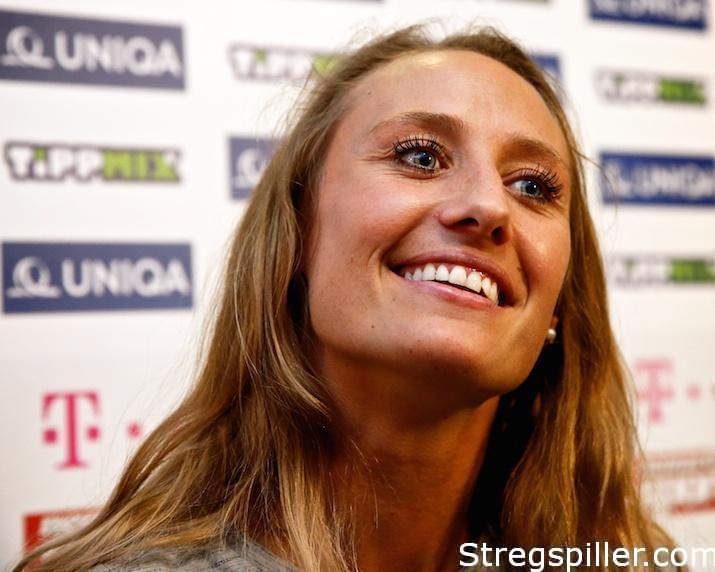 “I want my only FINAL4 to be memorable”

This FINAL4 will be Camilla Herrem´s first.  It will also be her last.

The reason why we can be so sure of it is the fact that she will be returning home to Norway after this season, playing for Sola. It’s highly unlikely that we will see the club anywhere near a FINAL4 – at least not while 30-year-old Herrem will playing.

“Well, that is true, but my wish to move back home and play for my old club has been too strong to resist, and I also want to be closer to my family again.

“I really like it in Vardar, but I am looking forward to some different kind of challenges there, and I realize that I will probably have to perform at one hundred per cent every time we take to the court, but that said, I am also looking forward to playing in the Norway’s league again.

“I am also looking forward to tast some Norwegian food again!” she says with a big smile.

“Before all of this happens, however, I want my first, last and only FINAL4 to be a memorable one.

“In fact, it already is.

“When I look at all the hype here in Budapest and all the attention from the media, I cannot help but being impressed. And I admit already that I am going to miss it,” she says.

Will leave Vardar with happy memories

While the 2017 FINAL4 will be her first, last and only one, the same goes for her stay with Vardar Skopje. Before this season, she joined the club from Danish TTH Holstebro, after having won the Cup Winners´ Cup. Herrem points out that she is no leaving Vardar because she regrets her transfer.

“No, my season here has been just great.

“I feel really well in the team and in the club.

“There is plenty of competent and dedicated people in the organization and around the team who take care of everything. All we as players have to do, are focusing on playing handball.

“On court, the season has also been fine, I think, and I will definitely leave Vardar with happy memories.

“I also feel that it is deserved that we are in the FINAL4, now.

“As the season has progressed, we have become better and better at sticking together as a team, while we have also improved in defense,” says the fast and elegant left winger who has some first-hand knowledge of her team´s opponent in the semi-final.

Vardar will be meeting ruling Champions League winners CSM Bucuresti in the semi-final on Saturday, and since Camilla Herrem played for Baia Mare (Romania) in the 2014/15 season, she may know more about CSM than most others.

“They have built a strong team around Bella Gulldén who is probably the best playmaker in the world covering this position.

“Furthermore, they like to run a lot, so we will have to be prepared for that too.

“However, I am sure we will be, and I will certainly do what I can, for us to be successful in this game.

As I said, I want my only FINAL4 to be a memorable one, and by that, I mean winning it!” says a confident Camilla Herrem.