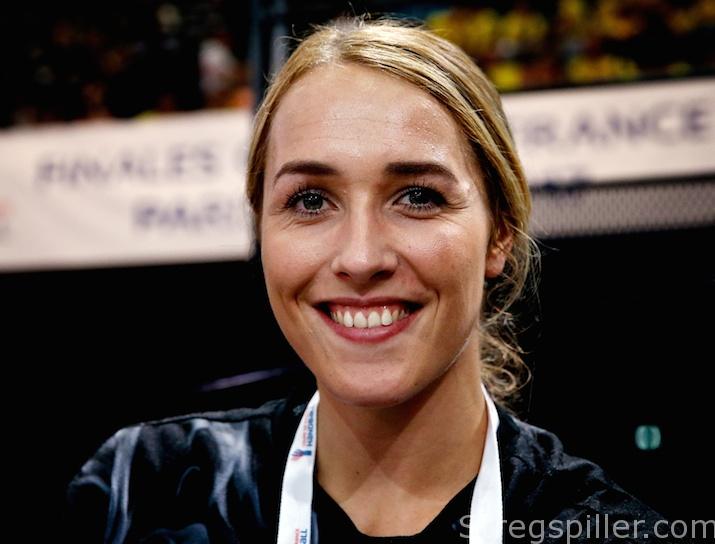 INTERVIEW – Her wish to play in the Champions League again and the chance of winning it have been the major reasons for Lois Abbingh´s decision to join Rostov-Don.

Money did not play a major role in the 25-year-old Dutch international´s thought process, she claims. Ambitions are sending her east instead.

These are the words of Lois Abbingh explaining her decision to move from Issy Paris Hand to Rostov-Don, where she has signed a two-year contract.

“I am 25 years old now and injury free, finally.

“Now is the time, where I have the opportunity to play the best handball in my career.

“I want to do it in a club, where I can not only play in the Champions League again, but also in a club who has a fairly big chance of winning the competition,” she tells stregspiller.com.

Looking at the squads of some of Europe’s top clubs next season, some may argue that Györ or CSM Bucuresti will have at least as much a chance to succeed in the Champions League, as Rostov-Don.

“That’s true, but it would have been a bit silly to join CSM, for instance, who have Cristina Neagu as left back – no?”

“Györ also appear to have their team in place for next season,” says the 25-year-old left back, without wanting to confirm if she had offers from any of the two clubs.

“There were other offers, but I found the one from Rostov-Don to be the most interesting, and it was not exactly because of the money.

“Money does not play that big a role to me.

“For me, it’s more a question of where I might fit in and can make a difference, and where I will have a chance to win the Champions League, as I said.

“I really want to play the FINAL4, and I feel I can make that dream come true with Rostov-Don.”

Assuming Lois Abbingh would have to work hard for court time at CSM or Györ, the same could be true at Rostov-Don as they are not exactly short of right-handed backcourt players.

They may not all be staying, but players like Anna Sen and Vladlena Bobrovnikova will be returning from maternity leave – so where does Abbingh fit in? She is not worried at all.

“Rostov-Don may have a very deep squad, but they also need several players in order to cope with the stress of competing in the Champions- and the Russian league at the same time.

“This season, such need is highlighted by the fact that they are currently only number three in the Russian league, so I am in no doubt that they will need all their players,” says Lois Abbingh who is not concerned about her new club´s third place in the domestic league – a position that would not qualify the team for the Champions League.

“I am absolutely sure that Rostov-Don will participate in the Champions League again next season,” says the experienced Dutch international. The upcoming move to the South of Russia will be the biggest change in her career – not only geographically – but also with regards to playing a different style of handball, another culture and mentality.

Apart from competing in her native country, she has also played in Germany, Romania and currently France.

“Learning the Russian language will probably be my biggest challenge.

“Of course, their culture and mentality will be a lot different from what I am used when compared to my previous clubs and the Dutch national team, but I am not concerned that I won’t be fitting in.

“I know Ksenia Makeeva from my time in Baia Mare (Romania), and I also know goalkeeper Maissa Pessoa well – therefore I do not expect any major problems settling in,” she says.

No future in France

She is not expecting company from any other Dutch players to make her transition to Rostov-Don any easier.  Her national teammate – goalkeeper Tess Wester – is on the move as well after announcing her departure from German champions, Bietigheim, after this season.

“I do not know if any other members of the national team will be heading in the same direction as me.

“Of course, I talk a lot with my national teammates, also about the clubs where we all play, but it has not been a subject in recent conversations,” she claims.

Apart from changes in the squad, there will also be a new coach leading Rostov-Don, as Frenchman, Frédéric Bougeant, is stepping down after this season.

Györ´s successful Spanish coach, Ambros Martín, is rumored to occupy the hot seat in Rostov, but Abbingh denies that it had anything to do with her decision joining the club.

“I have been guaranteed that the club will find a highly competent coach, and that’s good enough for me.

“Apart from that, I have only heard the same rumors the rest of you have heard, but I am sure we will have a good coach next year as well.

“After all, Rostov-Don always had good coaches, and I am sure that it will continue,” she says.

Staying in France, where she is playing her second season for Issy Paris, was not an option anymore, even though the league has been getting stronger over the past few years, with many of the French internationals moving back home.

“Reinforcements are spread too thin in the French league to become a real contender in Europe – the league is getting stronger, but it’s not at the top.

“Of course, Brest are strengthening their team considerably, and Metz will also remain a force, but no French team will be strong enough competing for the Champions League title.

“That’s just another reason why I consider my decision to join Rostov-Don the right step.

“I am convinced that’s the place where I can develop my game the best,” says a smiling Lois Abbingh.