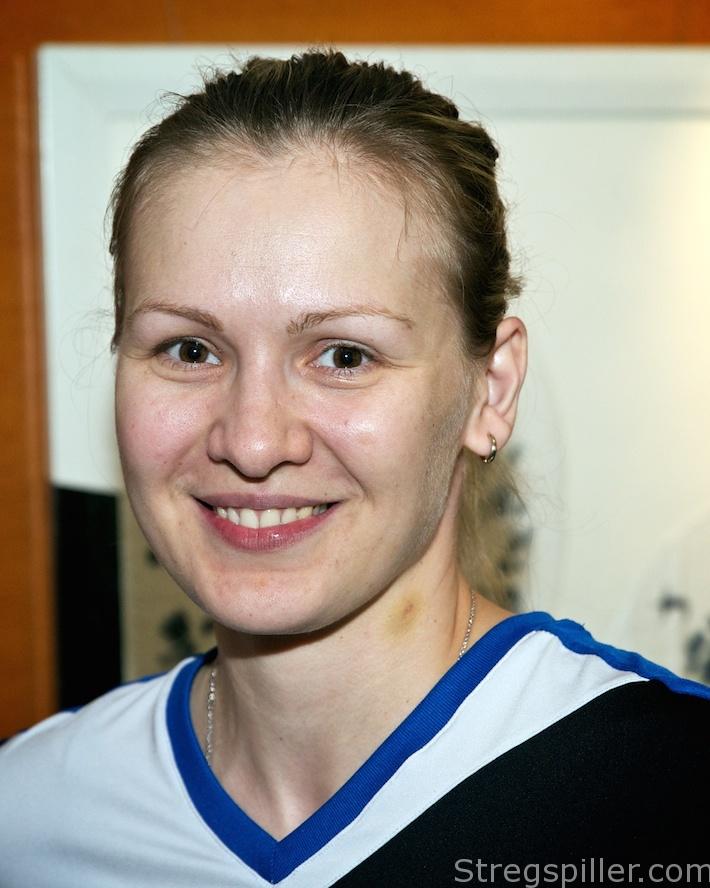 War for the Roses

Fleury’s ongoing Champions League prospects were based on a victory and a prayer.  A win at Rostov Don was a “must” to keep the club’s faint quarter-final dream alive.  And after this accomplishment Frederic Bougeant and his players would keep their fingers crossed in support of a FTC Rail Cargo win at Larvik.  To cut a long story short – none of the above happened.

Rostov Don was looking forward to yet another successful game while maintaining a spotless record in front of their home crowd.  Both teams went into the match with the same lineups as of the previous weekend.

After a slow start to the match, the game quickly gathered pace and by the 25th minute the encounter between the two champions from Russia and France was decided.  Anna Sen & Co. had jumped to a 17:9 lead.

All of it happened with a relaxed Katrine Lunde watching from the sidelines and Anna Sedoykina tending Rostov’s goal for most of the time.  Operating from a well moving 6:0 defense, Rostov did not have any problems to keep Fleury’s shooters at bay.  All too often Barbosa & Co. tried their luck testing Rostov’s central defenders but to no avail.

By the time the two clubs changed sides, coach Leslie’s squad had built a nine-goal advantage.

Fifteen minutes into the second half Ekaterina Ilina et al had extended the lead to 14 goals and Fleury was in shambles.  Julie Foggea – she had replaced Darly Zoqbi de Paula in goal – had to bear the brunt of relentless Russian counter attacks.  Fleury’s otherwise formidable backcourt stars (Alexandrina Barbosa and Gnonsiane Niombla) had an off-day and combined for three goals.  21-year old right-back Melissa Agathe, who scored a Champions League season high five goals, carried her team to the finish line while coach Bougeant watched the affair in agony.

Rostov’s, Anna Sedoykina received a bouquet of roses at the end of the game for an excellent performance. While deserved the flowers could have easily gone to playmaker Ekaterina Ilina or right-wing Julia Managarova who both put their remarkable skills on display and not for the first time this season.

It’s a toss-up between Ekaterina Ilina, who converted a double-Kempa trick in the 26th minute of the game or Anna Sen’s goal in the 30th minute.  The latter one was scored while being a player down and was testament to Rostov’s willpower on this Saturday afternoon.

Jan Leslie (Rostov Don) enjoyed a quite day at the office as Fleury came unglued early on.  It provided the Danish coach with a chance to rotate his bench and resting his starting lineup.

A trip to Germany and a meeting with Thueringer HC will be Rostov’s final main round stop of Europe’s premier handball competition.  Like the match against Fleury, there will be nothing at stake for the Russian champion aside from keeping a clean record.  Fleury will face an ambitious crew from Larvik on February 28th, in Orleans.  Coach Moen’s women do not only want to avenge their loss at home against the French champion but have set their sight firmly on securing the all important number two spot of Group 1.