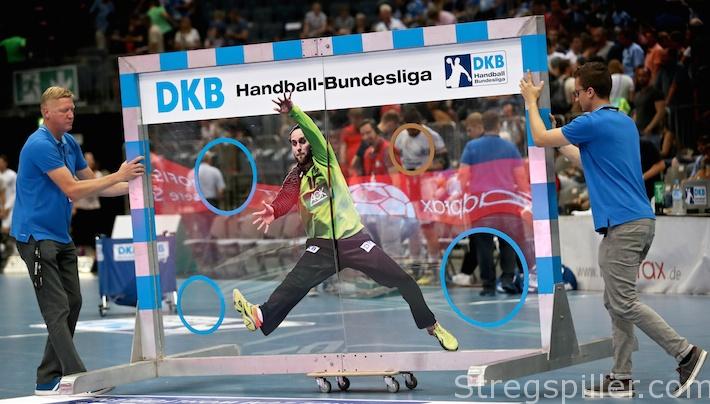 Every once in a while handball fans in various countries are waiting for news regarding TV rights.  In Germany enthusiasts are especially eager to know which TV station will broadcast their favorite sport in the future as the contract between Sport1 and the DKB Handball-Bundesliga (DKB HBL) is about to expire at the end of the season and the World championship in France in 2016 has yet to find a distributor in the most important of all TV markets.

Today, I will have a look at the DKB HBL league rights.  Sport1 has broadcasted games from the self-proclaimed and arguably best league in the world for more than a decade.  But with the focus firmly set on football, like the UEFA Europa League, there’s just no money left to spend on other sports.  That’s one reason why Sport1 has sublicensed some games to DAZN, a new online streaming platform.

While Sport1 paid about 1.25 million Euros per season in the past, their current offer is rumored to be lower than 500.000 Euros – it was declined by the German league immediately and rightfully so.  At the moment it’s a two-party contest.

Sky – Germany’s leading Pay-TV channel – has struck a deal with public broadcaster, ARD and its regional channels, an arrangement DKB HBL considers quite tempting.  German Telekom is the only other real competitor in the bidding process – the communication giant already owns the rights for the German basketball and ice hockey leagues.

Sky currently owns the rights to the Velux EHF Champions League and has done a good job of promoting handball, but lacks manpower apart from their regular crew.  Qualified human resources are limited in order to broadcast all games, which should be the main goal of  German league officials.  While Sky brings innovation and is a big name, the role of ARD is not exactly known, but would probably include a lot of streaming services and / or broadcast via their regional channels.

The positive effect is obvious – Sky does a lot of marketing, and adding the rights of the DKB HBL to their portfolio would be huge.  Certainly, people would talk about it, which would translate into much needed promotion for the sport.  In the long haul, it won’t help.  ARD is the biggest channel in Germany, but I’m not sure that it would reach the right people, as viewers of ARD are not the main target of the league and the sport of handball, which desperately needs to attract younger viewers.

An already confusing match schedule could make things even more chaotic for the target audience.  Sky would cover the DKB HBL (in addition to the Champions League), broadcasting certain matches and streaming others. In the meantime ARD would use their regional channels to also broadcast games, while streaming others.  It’s yet another issue that Sky is a Pay-TV channel that viewers need to subscribe to in order to watch the best games.

But German Telekom is also in the running, offering a package that would include live coverage of all games via its IPTV and streaming platforms, while bringing along Sport1 as free-TV partner.

Telekom has already convinced Germany’s basketball- and ice hockey leagues, BBL and DEL and struck long-term deals with both organizations.  Telekom clients are able to watch all games for free by activating an option in their contract, while non-clients can get a league pass for 10 Euros per month.

The DKB HBL has discussed the offers and anxiously looked at total viewers of Germany’s BBL streams, especially when smaller, less-known teams face each other.  But basketball “Made-in-Germany” never really worked media-wise except for NBA super star, Dirk Nowitzki and the German national team.  As a consequence Telekom has raised their offer and now hopes to convince Germany’s handball league officials.

Right now, it’s hard to say which way decision makers of Germany’s premier handball league are leaning.  CEO Frank Bohmann is known as a conservative guy, but he should be open for something new.  In fact, he has to be.   A Pay-TV channel like Sky with its 4,63 million subscribers, never owned broadcasting rights to Germany’s top handball league, and never before did a streaming platform like Telekom (and its 22.5 million potential clients) own them.

I’m not here to provide any advice to DKB HBL, but I think both offers could help the sport of handball.

The key to me is the structure of the Sky/ARD offer.  Does it help to eliminate the scheduling chaos?  Maybe Telekom will pay a premium to make sure it will hold the rights to all three major German team sports apart from football?

Will Telekom go all the way and acquire the rights to the Champions League as well?  Watch out – a result will be announced within the next two weeks and it could change the way German handball is consumed forever.