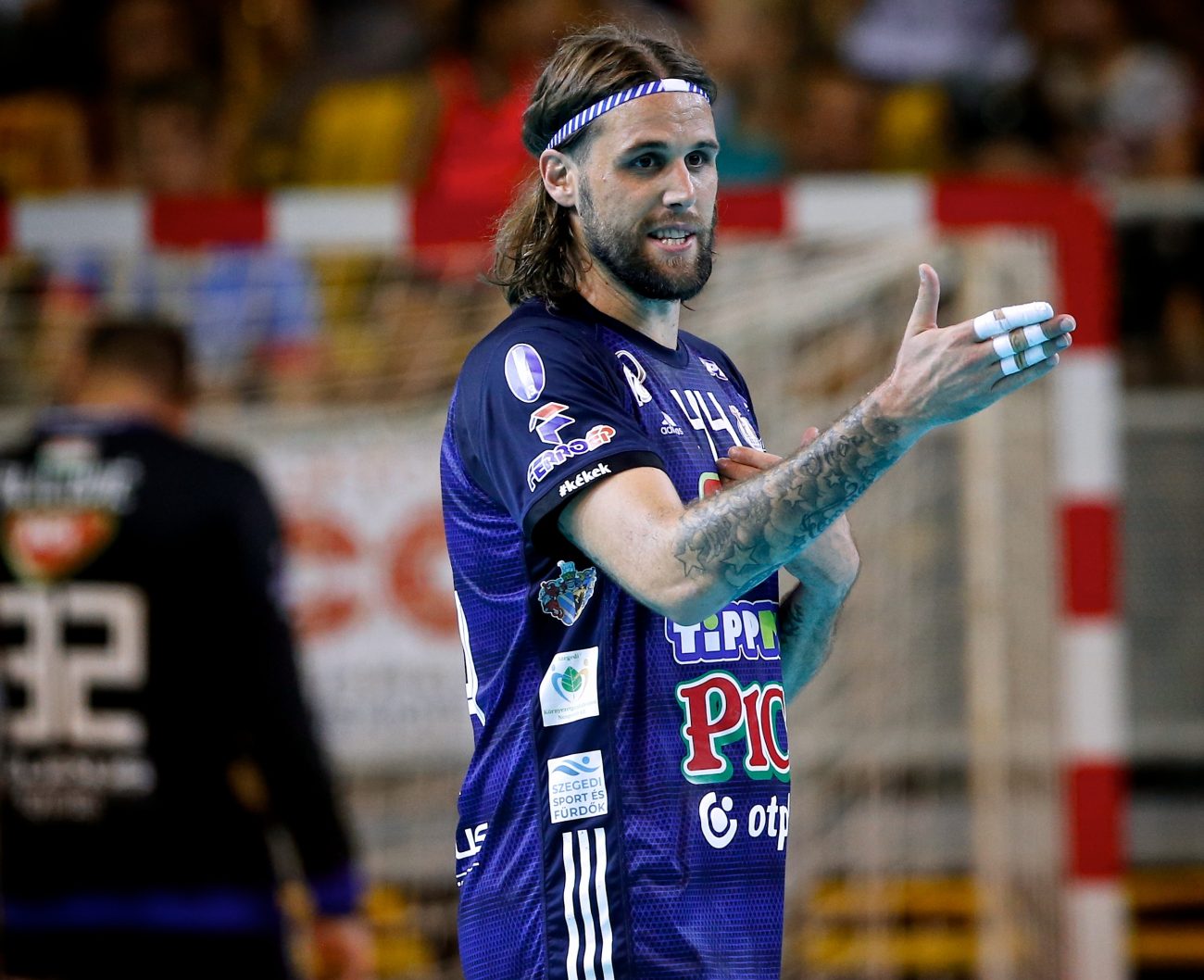 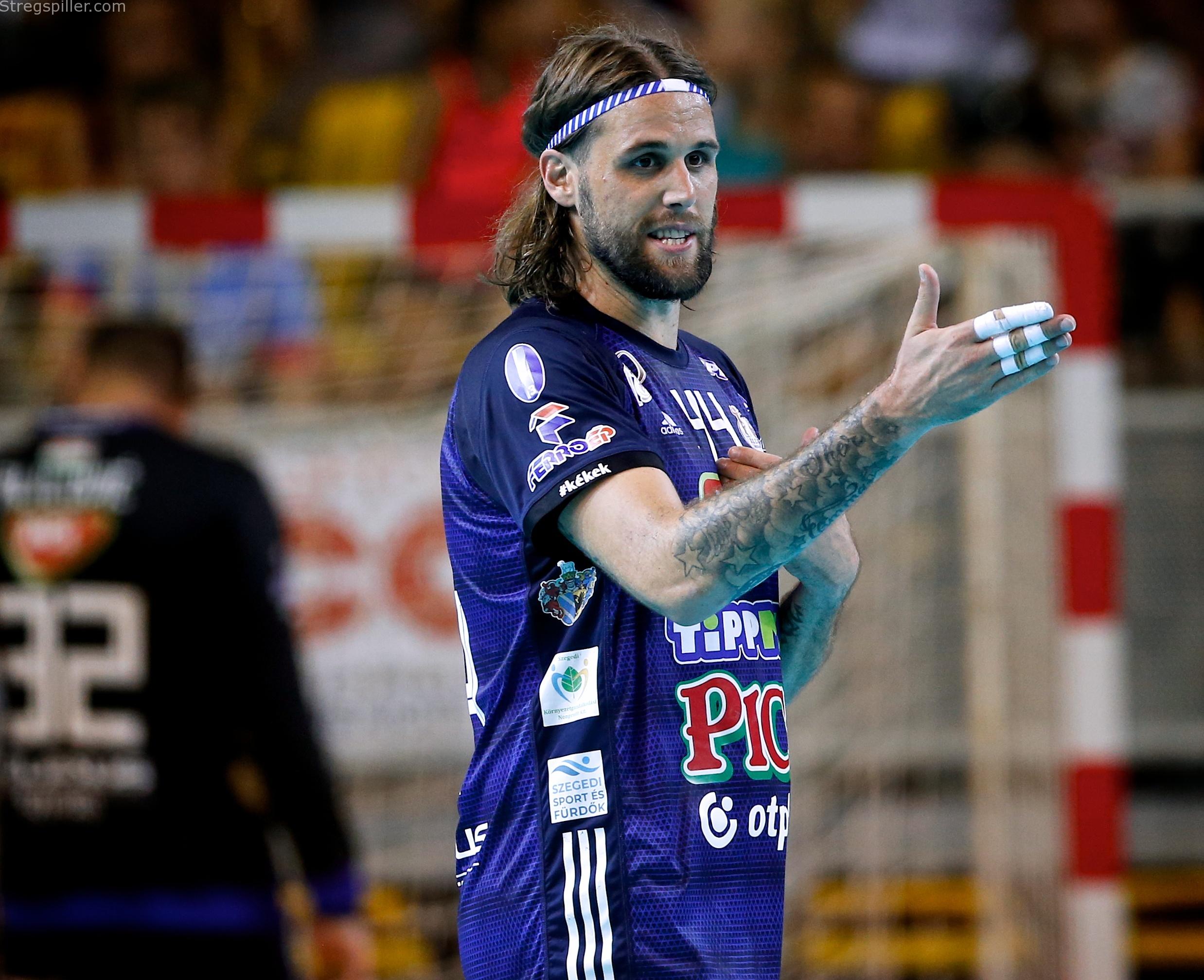 INTERVIEW – He is born in Slovenia, but in Hungary’s Pick Szeged he feels home.

Dean Bombac spoke to stregspiller.com about overshadowing Luka Cindric in last weekend’s win against Barca, the club’s chances against PSG, working with Spanish coaches, and why Pick Szeged have not made it to the VELUX EHF Champions League FINAL4, yet.

“Pick Szeged is my home. Szeged is where is feel at home!”

Dean Bombac is happy to be back in Pick Szeged. He returned to the Hungarian top club in the summer of 2018 after two years in Kielce, a decision he does not regret.

Last Saturday, he and his teammates certainly entertained the crowd at Varosi Sportcsarnok arena, as they opened the Champions League season with a 31:28 win against Barca.

“I didn’t focus on that duel.

“In fact, I did not even see it as a fight between me and Luka Cindric or Aron Palmarsson for that matter.

“For me, it was most important that our team worked fine as a unit.

“I do not feel any more motivation when seeing a particular prominent playmaker on the opposite side of the court; I always focus on my own game, and I am happy that it worked on Saturday.

“Luka is a fantastic player. He may not have had his best game on Saturday, but that was mainly due to great defending on our part,” finds the 30-year-old Slovenian center back.

Waving no white flag in Paris

On Sunday evening, Bombac will be facing another prominent colleague in the playmaker position – Sander Sagosen.

The Norwegian star and his PSG teammates will be Szeged´s next opponent, in Group A. Paris got off to a perfect start with a clear 37:29 win in Zagreb, but it takes more to shake Dean Bombac.

“We are definitely not going to wave the white flag in Paris.

“I realize that PSG is an amazing opponent, they are once again among the favorites to win the Champions League, and they will probably try harder this season after missing the FINAL4, in June.

“However, we’ll definitely get our chances and we are going to fight for it – we fear no one!” promises Dean Bombac.

Speaking of the FINAL4 – it’s an event that has eluded Pick Szeged thus far.

They have defeated their eternal Hungarian rivals from Veszprém several times in the Magyar Kupa – the Hungarian Cup – as well as in the domestic league, yet Veszprém are still the “bigger brother” in the VELUX EHF Champions League. Veszprém have not won the season ending tournament either, but they have made it to the FINAL4 in Cologne five times already, while Szeged are still waiting for their first appearance.

They have been close a couple of times. Last season, the club was within striking distance in two dramatic quarter-finals against Vardar.

In the first leg, in Skopje, Szeged were one goal down with 10 minutes left to play, but the squad collapsed in the last 10 minutes, losing by eight. But, in the return match Pick Szeged caught up with the deficit, only to lose the lead again towards the end of the game.

Vardar went to Cologne and won the Champions League for a second time, while Pick Szeged watched from home.

“Last year, it was a bitter experience against Vardar – getting so close and blowing it after all.

“It’s hard to explain why we haven’t made it to Cologne, yet.

“I think our team has the quality and as you said, we have been very close a few times, but taking the last step to Cologne is very hard to any team.

“There are probably eight or nine squads, who can make it to the FINAL4 and we are definitely one of them.

“We have been playing together for a couple of years, now. This means that we know each other very well and that we function as a unit. So, I think it’s realistic to expect that we’ll finally make it to Cologne, this season.

“Anyway, we have handed ourselves an excellent start,” states Dean Bombac.

During the past five years, he has been playing under the auspices of several Spanish coaches.

In Kielce, it was Talant Dujshebaev and in Szeged, the charismatic Juan Carlos Pastor is guiding the squad through practice sessions.

There has been a lot of talk about Spanish coaches and their success virtually everywhere in the world. What’s the opinion of Dean Bombac?

“They have meant a lot to me.

“I learned a great deal from Talant as well as from Juan. Coming from Slovenia, I am used to a completely different style of handball.

“Working with them has been extremely inspiring to me. The way they make use of the playmaker and their ideas of the cooperation between playmaker and line player makes me see handball in a completely new way.

No doubt, they made me a considerably better handball player than I used to be,” finds Dean Bombac.

As mentioned already, Dean Bombac feels comfortable in Szeged, where he played from 2014 to 2016, and where he returned to in the summer of 2018, after two years in Kielce.

“The first two years in Pick Szeged were the best years in my career thus far, and I was very happy when I got the opportunity to come back last summer.

“I feel that Pick Szeged really is my club and that Szeged is my home!”

“The fans here have a lot to do with this feeling. The atmosphere in our arena is simply amazing. Those 3.500 people, who turn up for every home game are absolutely fantastic and their support makes us feel that we cannot lose here.

“In fact, we haven’t lost a home game for a year and a half or something like that.

“Barca, PSG, Flensburg, Vardar – you name it, they all lost, when they visited here!

“Soon, we will get a new arena and I sincerely hope that this fantastic atmosphere can be transferred to the new venue,” says Dean Bombach, who hopes to end his career with Pick Szeged.

“As I said, I feel this place is my home, now. I like the club and the town and I would like Pick Szeged to be my last club.

“If they determine at some point that I have to go, I will obviously have to go, but right now, I have two years left on my current contract.

“I am not a young player anymore, but hopefully, I’ll have six or seven more years in me at top level.

“And, I wouldn’t mind spending those years here, but we will have to see what happens,” concludes Dean Bombac.