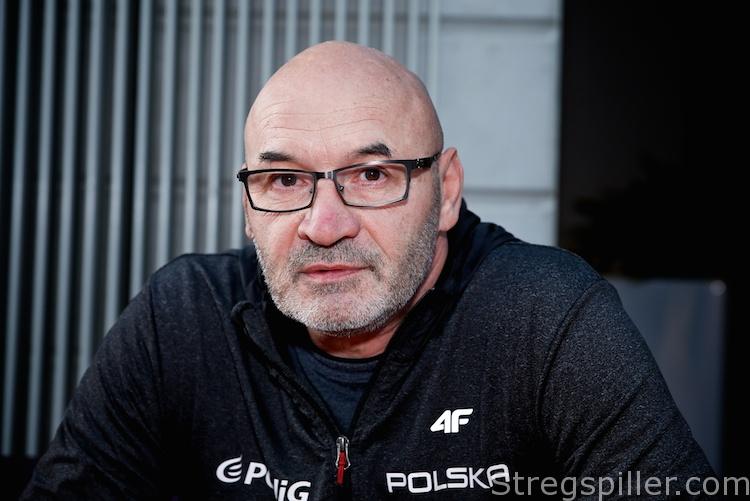 ”We are here to learn”

INTERVIEW – For Poland’s women’s national team, taking part in the ongoing Golden League in Denmark is a welcome opportunity to learn and gain experience ahead of the EHF EURO in France in two months’ time.

The national coach and one of the most experienced players in the team have rather big dreams for the future, but they also realise that it will take time and hard work to make them come true.

In women’s handball in Poland, they are still dreaming of the days, when the national team managed to reach the semi-final at the 2013 and 2015 World Championships.

Those happy days are in the past now, but there may be potential for a new great era for Polish women’s handball with the new team, current national coach Leszek Krowkicki has been working on since taking over from Dane Kim Rasmussen two years ago.

You get a feeling of optimism when talking to Leszek Krowicki and his experienced right back Aleksandra Zych.

This long weekend, Poland are taking part in the Golden League in Denmark, where their opponents are “the usual suspects” Denmark, France and Norway.

Poland’s opening match against reigning European champions Norway ended in a 34:27 defeat, but the coach saw positive aspects while emphasising the importance of being invited to a tournament of the level of the Golden League.

”We are very proud to even be here and measure ourselves against some of the best teams in the world.

“Testing against such strong teams is particularly important to us now that we have qualified for the European championship. It gives us a great opportunity to see what we are doing well already, and what we need to improve.”

“Losing by as much as we did against Norway in our opening match was obviously a small disappointment, but on the other hand, I saw some good moments on our side, which make me accept that defeat, not least as it gave us some clear signals as to what we need to improve.

“It is your mistakes you learn from,” Leszek Kowicki tells stregspiller.com.

“We obviously have different objectives than teams like Denmark, France and Norway, and in this respect, I am quite content with what we have achieved this far, but I realise at the same time that we still have a lot to do.

“We have very little time to prepare for the EURO, as we have only a few opportunities to gather the players, so any chance to practice and gain experience is welcome,” says the coach, who still allows himself to dream a bit big after all.

“We are still far from the level of the Polish national team which finished fourth at the 2013 World Championship and it would be unfair to compare our current team with the outfit of those days.

“For one thing, our team today is much younger, but of course, we hope to qualify for the decisive games from our group; that must be our objective.

“Furthermore, we hope for “easy” opponents for the qualification to the next World Championship and to qualify for the Olympics.

“A female handball team from Poland has never managed to qualify for an Olympic tournament before, so we obviously hope for that and we can start preparing for Tokyo,” he says.

Nine of the players Kowicki has brought with him to Denmark play in foreign leagues, and he sees this as an important way to strengthening the national team.

“Polish players going abroad is the right direction for our national team.

“As the Polish results in the European Cup competitions have shown for a long time, the Polish league is not particularly strong.

“Therefore, we obviously hope for our best players to go abroad in order to develop further.

“We already have a few or our players playing in Germany and France, and I definitely hope for others to follow their example.

One of the players, who has already followed their coach’s advice, is right back Aleksandra Zych.

Before this season, the 26-year-old left-hander joined French champions Metz Handball from Vistal Gdynia in her homeland and she is in no doubt that the change has been good for her.

“In my opinion, the French league is the strongest in the world, and this makes it a great experience for me to play there.

“Going from Gdynia to Metz was a big move, but I am not exactly young anymore, so if I wanted that experience, it was about time. Therefore, I was in no doubt, when I was approached by Metz.

“I hope I can improve also in the national team having joined Metz.

“I try to improve and push myself all the time, and I feel I can do that in Metz, where the pressure is so much bigger than it was in Poland.

“In the French league, everyone wants to beat Metz. That keeps us on our toes, and we play in the Champions League as well.

“I really feel I can use that in the national team as well,” says Aleksandra Zych, who also feels that she and her teammates benefit a lot from the Golden League.

“If we ever want to beat the best, we have to play against them.

“A tournament like this gives us a lot of valuable experience, especially on how to play without Karolina Kudlacz-Gloc, who is injured at the moment, and she is a very important player for us,” says Zych, who is also rather optimistic on behalf of her team, when it comes to judging their chances at the EHF EURO, where Poland will be facing Denmark, Sweden and Serbia.

“Our group is neither the easiest nor the strongest, but somewhere in the middle, so I really hope we can at least proceed from that group, but it is a rather new experience for us, so we need to gain as much experience as possible before the event.

“Since Kim Rasmussen left as our national coach two years ago, we have had Leszek Krowicki and he is building a new team, which always takes time, but I am sure we will play better month by month, championship by championship,” concludes an optimistic Aleksandra Zych.