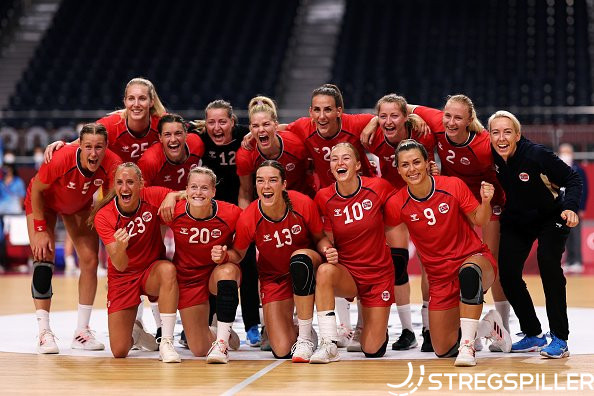 “We are not going home from here without a medal”

Ahead of the game, Norway’s left-back, Veronika Kristiansen was quoted by saying, “We are not going home from here without a medal.”  A statement which removed any doubts if there were any, how she and her teammates would approach the bronze medal match.

After the dramatic loss in the semifinal against ROC, Norway would win a third bronze medal in an Olympic tournament, dominating a tired team from Sweden from A to Z.

Norway played near perfect handball, certainly in the first half, when they created a 12-goal advantage and at no point during the game was there any doubt which team would leave the court as winners.

Sweden’s defense was too timid and on the other side of the pitch, “Tre Kronors” were unable to score from distance, to create the needed pressure.

Norway had a crisp start to the match leading by two goals (5th minute).  Sweden tried to hang with the EURO 2020 winners, but could not deliver on their long range efforts.  On the line, Linn Blohm scored twice but missed two wide open shots as well.

Midway through the half Sweden hit a cold patch and did not score for the better part of eight minutes.  Actually, Sweden only scored on two more occasions between minute 15-30.

Two early time outs form head coach, Tomas Axner, did nothing to change the course of action, while Norway took full advantage and opened a 12 (!) goal lead, deciding the game early on.

Sweden scored first, but thereafter the game almost became a carbon copy of the first half.  Norway was just too much to handle for an exhausted Swedish squad.

Yet, the team of head coach, Thorir Hergeirsson, kept their foot firmly on the pedal before taking a more relaxed approach in the final minutes of the game.

As Veronika Kristiansen pointed out before the fight for bronze, Norway were determined to take their 7th medal in an Olympic handball competition and it showed from the very beginning.

Sweden were totally outplayed on both ends of the court and could never match the intensity of their Scandinavian neighbors.  Only Johanna Westberg (4) and Jenny Carlson(4) showed signs of resistance, but their efforts were not nearly enough to challenge a very motivated squad from Norway.