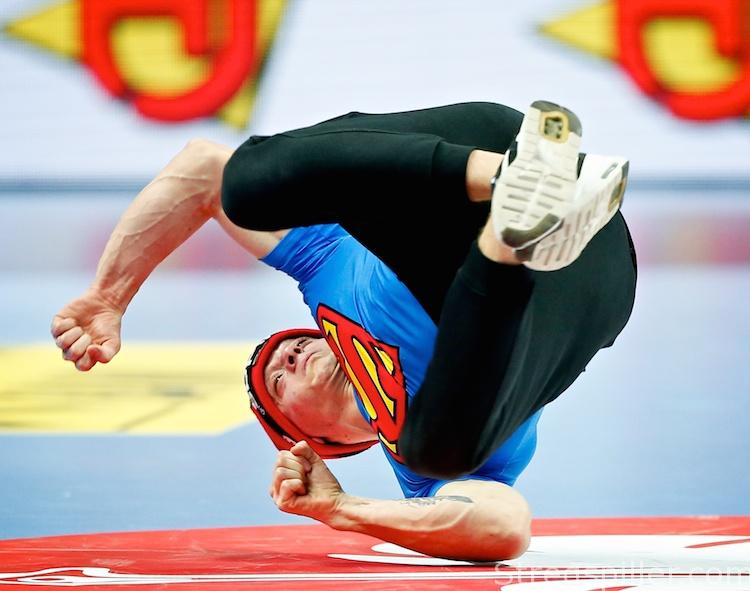 “We are where we wanted to be”

Following a tight opening match against Norway at EURO 2018, France had no problems disposing of Austria two days later.  Kevin Domas caught up with Adrien Dipanda and talked about the road ahead for “Les Experts”.

Adrien, what do you make of France’s beginning at EURO 2018 ?

AD:  We are where we wanted to be. We managed to win the most important game of the first phase against Norway and court time was provided to everybody against Austria – and we still played convincingly. Nikola Karabatic and Cédric Sorhaindo didn’t play in the second game, which might be useful down the road.  If we qualify for the final, we’ll have played eight games in a few days and we need to rest our key players. A lot of things are not perfect yet, but we’ve been serious, so far.

What kind of things are you talking about ?

AD:  Details, tactical things. We know that these games at the tope level are always decided because of small things; so we have to fix them before the main round.

What do you think of the battle in Group A – teams that you will meet in the main round?

AD:  It’s a tough fight, even though Croatia appears to be fit and ready to rock. We saw a little bit of their game against Iceland and they seem to handle the pressure quite well thus far. We’ll see how it goes, but meeting them in Zagreb should be something special.

What does the 2009 World championship final mean to you?

AD:  I’ll be honest – when you talk to Croatian players, and I did talk to Venio Losert, not many of their guys were there back then and only four on our side.  At some point, they (Croatia ed.) were sick of always playing against France and the two teams haven’t met for a while. I’m not scared but the atmosphere will be nuts.  Since 2009, I think that everything has cooled down – at least a little.  But I’m really looking forward to this match.

Quite a few players as well as the national coach are already talking a lot about Croatia. Is it hard to focus on Belarus?

AD:  That would be a mistake – we need to go to the main round with four points and as a consequence we have to beat Belarus tonight. We are preparing for this game in a serious way.  Defeating Belarus can only help us before playing Croatia at the end of the week.

Do you think that a three-day break will benefit you if you finish first in your group?

AD:  Not really – no.  At the moment we are in a rhythm; we play every other day and that’s fine. We might lose it if we have three full days of rest. On paper, it looks good, but the truth is that we’ll have to work even more in training. We know how it goes, we’ll have to be careful and not get surprised.